Given the mild winter kick-off, I had to wait tad longer to launch this test. Santini’s Lava has an entirely new material that meant to feature a so called “Lava Effect”: the black surface turns a fiery hue when flexed. According to Santini the Lava bib tights don’t have a heating property, and the feeling of heat is provided by the Thermofleece material. The red color you see “under” is only a design feature, without any functional property. 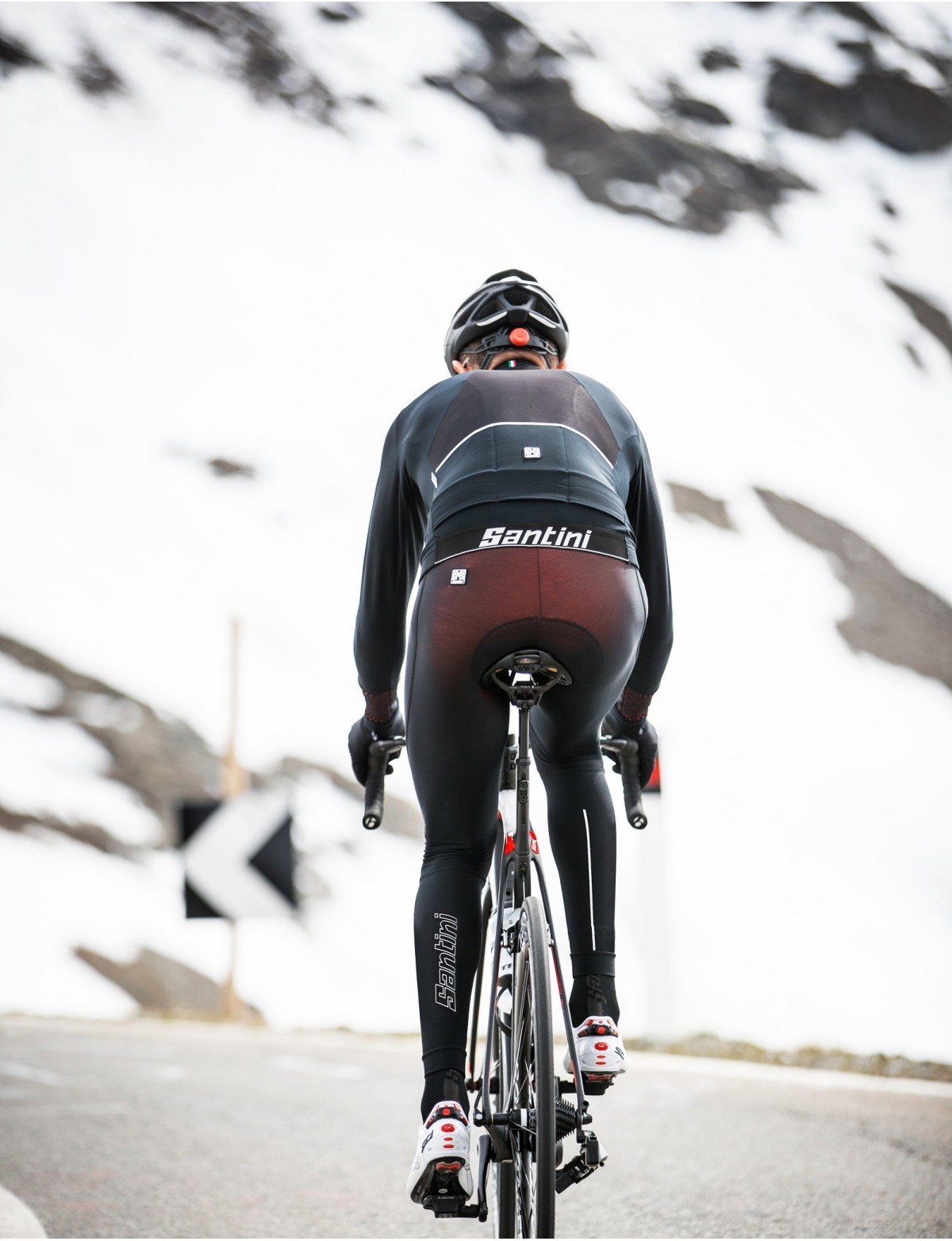 But first the fit. As this part stands out every time I put on any of Santini gear. No let down here, the Lava bib short is snug and race-fit enough, so that it can leverage all its potential. Its thermofleece material hugs your legs and creates an optimal microclimate as long as you adhere to its recommended range of temperatures.

I tested the Santini Lava winter bibtights on some long rides, meaning 5 plus hours at temperatures below zero, and despite some unplanned stops due to mechanicals, I haven’t experienced any nasty chill effects. Only below -5 C and blowing wind I saw myself urged to spin up and keep turning the cranks constantly, otherwise, the thermo effect of the Lava wasn’t entirely able to keep my body temperatures in a bearable range. Again, the temperature range is +5° up to +15°.

For intense races, the Lava is overbuilt. I am fond of Santini’s attention to details that I appreciate in the practice so much. Their new GITevo chamois is engineered to absorb shock up to a degree. I guess this comes down to plenty of variables, like what kind of saddle one uses, environment where the bib-tights are worn [road, off road], etc.

But I can attest its very good shock absorbing properties while racing cyclocross in them. Again I tried to use the mostly in trainings only, as at high intensities, the Lava becomes like a steam. I can’t gauge the effect of its built in Twist Gel Core, mind you, the chamois stays put which a huge plus, mostly on long rides where chafing is an undesired phenomenon. 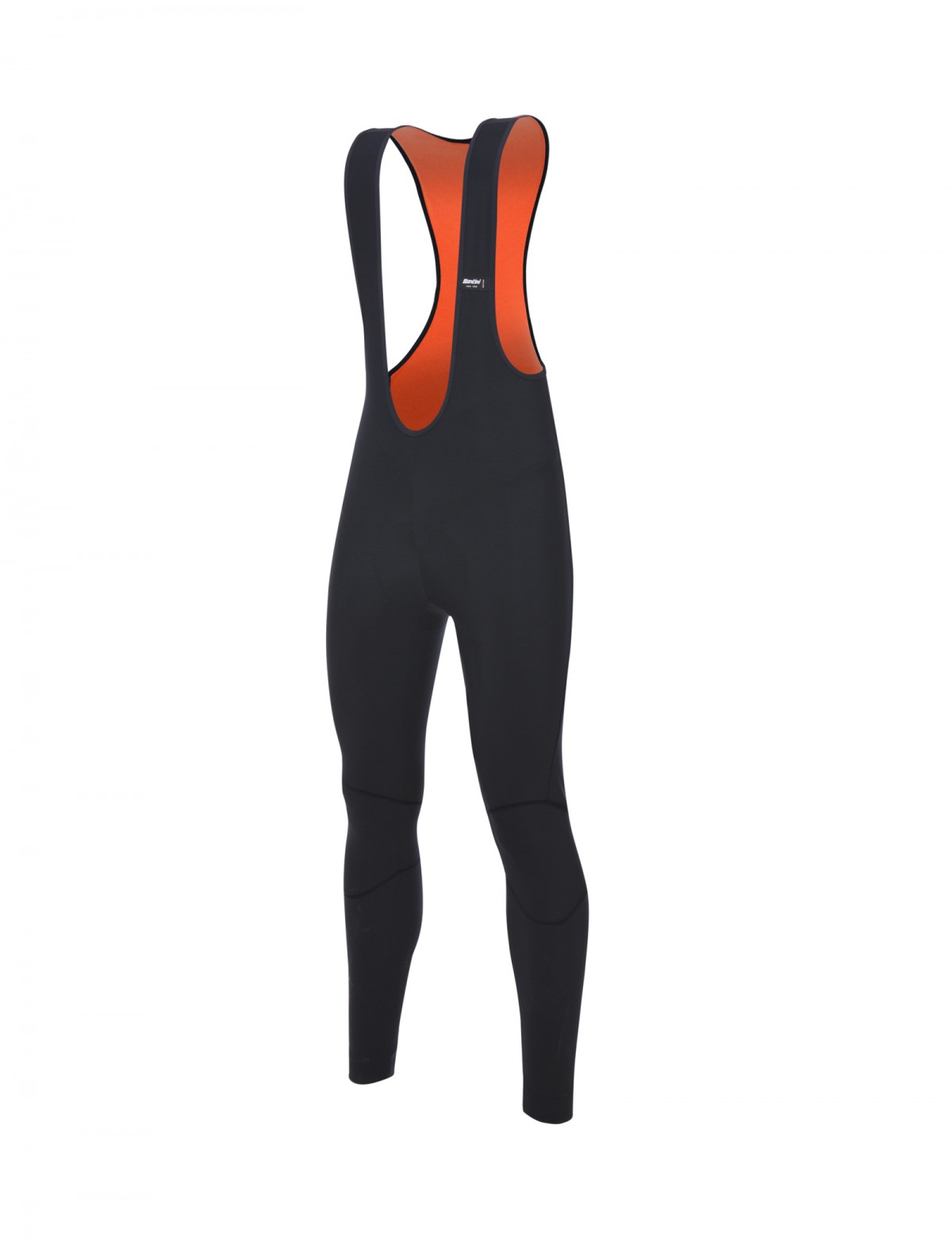 Late evening rides in deep darkness is assisted be reflective details, thus visibility is elevated. Ankle cuffs and ergonomic knee cut are double layered – areas that are neuralgic while riding at deep temperatures. Easy to clean, in fact low-maintenance. But attention is to be paid in order to keep its material integrity long term.

As far as I go, placebo effect is a big deal in my books, so I really wanted to believe that Santini’s Lava truly lives up to a general “Lava-Effect” that comes into effect. I wish I could approve this statement but the Lava effect is just an aesthetic effect, a new design and the heating feeling is given by the Thermofleece. Infact, it’s only about the design: the black surface turns a hot hue when flexed. However the only effect I can prove is its very cozy microclimate, and fairly big range of temperatures [+ 5° up to +15°] within the Lava optimally works. 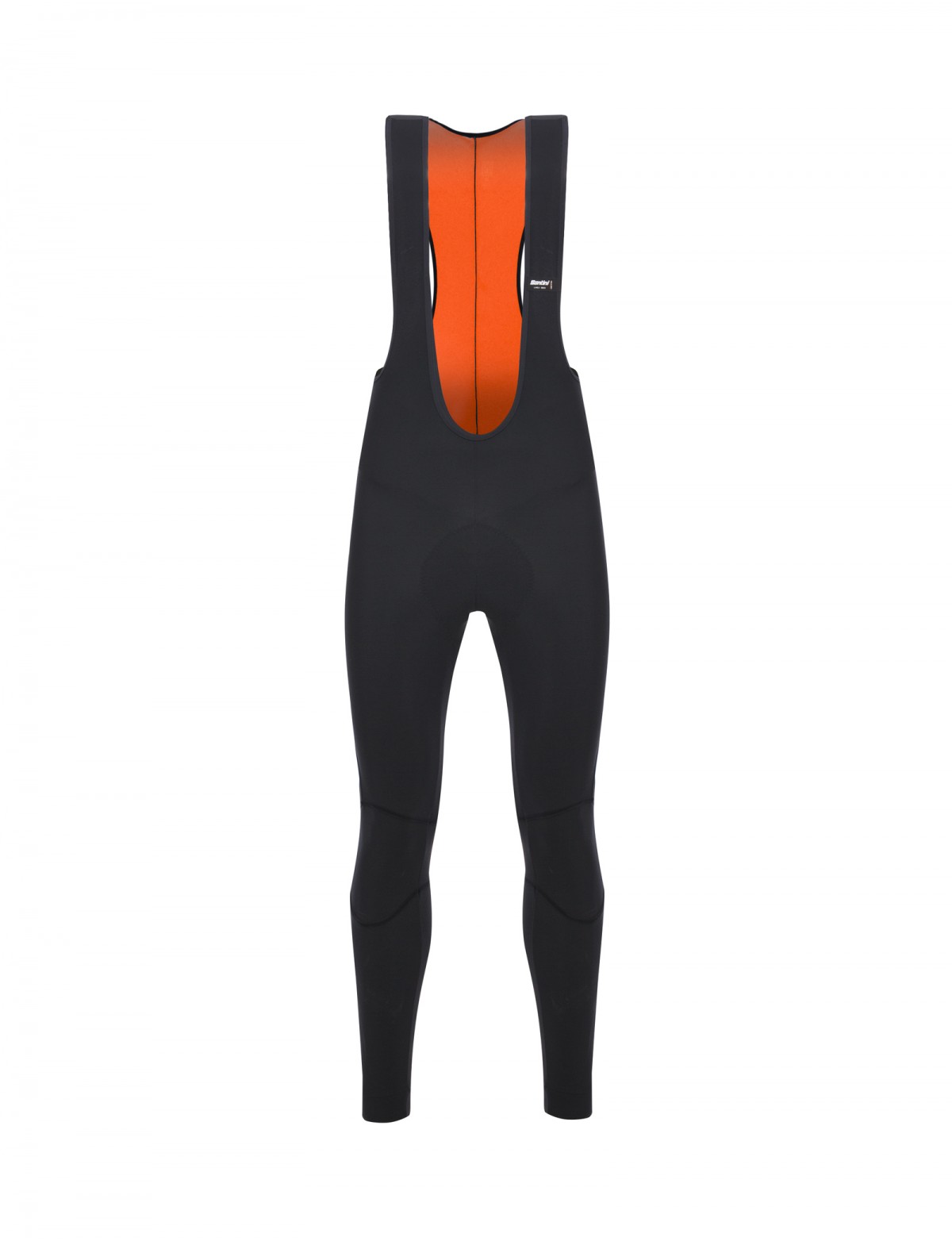 I didn’t find anything exceptional or something outstanding in this bib-tights. But what I am found is Santini’s formula and the way it puts together those small pieces and details. The result is a long lasting and comfortable riding experience. Provided, you pay attention to the maintenance details, the Lava might be your long term training companion.

Speaking of which, even though it was a way too short period of time I tested it hitherto to make a long term testimony, one of my fellow riders, who came to like the Lava so much that he uses it almost in every training, swears by its durability. This is another Santini product you get very quickly fond of. The only issue is: it gets your daily ‘buddy’ very quickly, and it gets used in areas too where this product is not necessarily made for. Such as way too deep or high temperatures, intense races, etc. 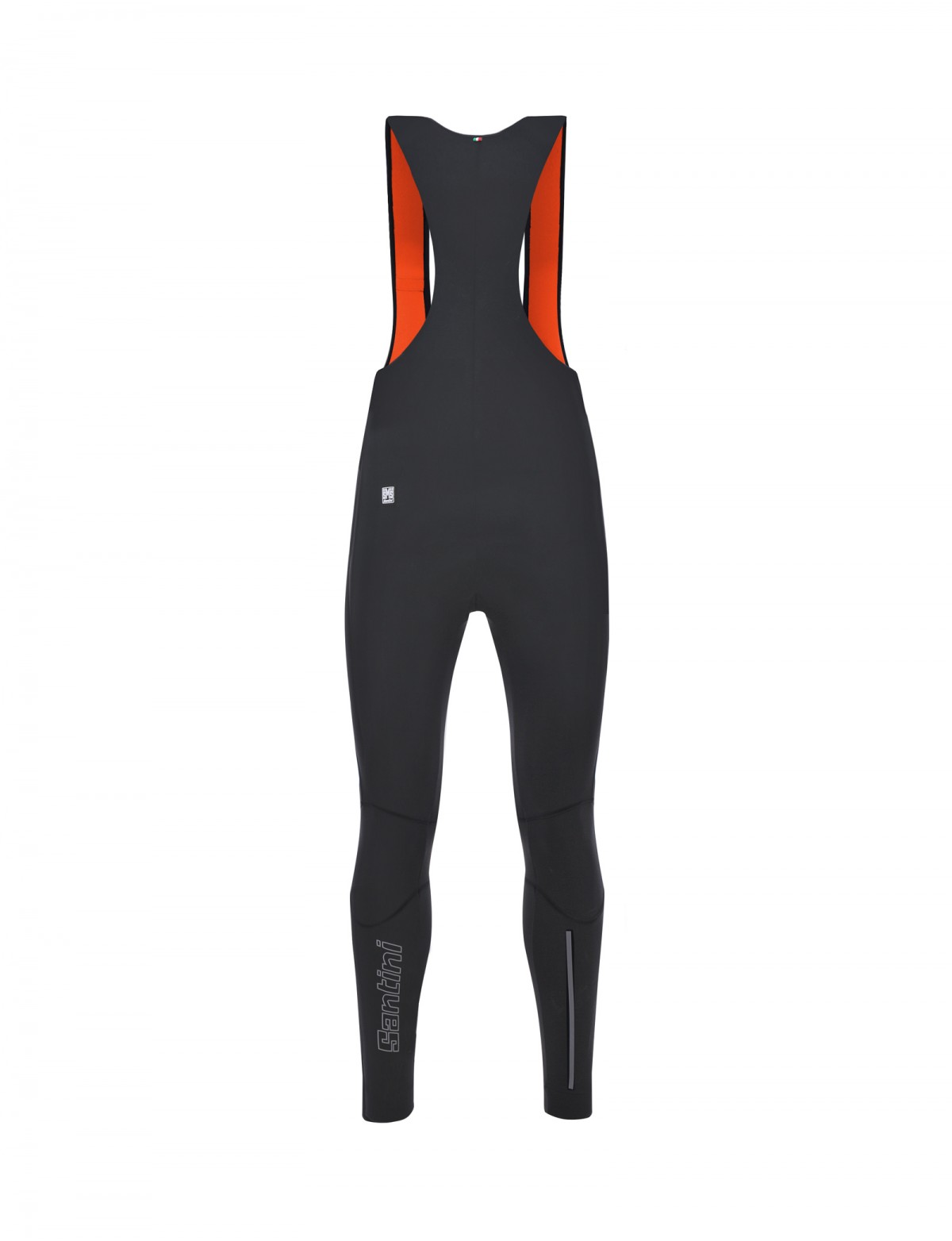 Personal taste plays a certain role too. Its design and applied color scheme isn’t everybody’s cup of tea. They meant to be functional though. The same is true for the fit. I am totally into the snug, race tailored snug design. Hence, it worked for me big time. So, try before buying.