It is always intriguing to review a less know product. Be it a startup company or something unfamiliar to the masses. So my first attempt with Ornot was a terra incognita for me. Ornot is proud of its domestic manufacturing, made in the USA, in fact Ornot gear is designed in San Francisco. The same is true for supplied materials. This intention has been established form the get go back in 2013. 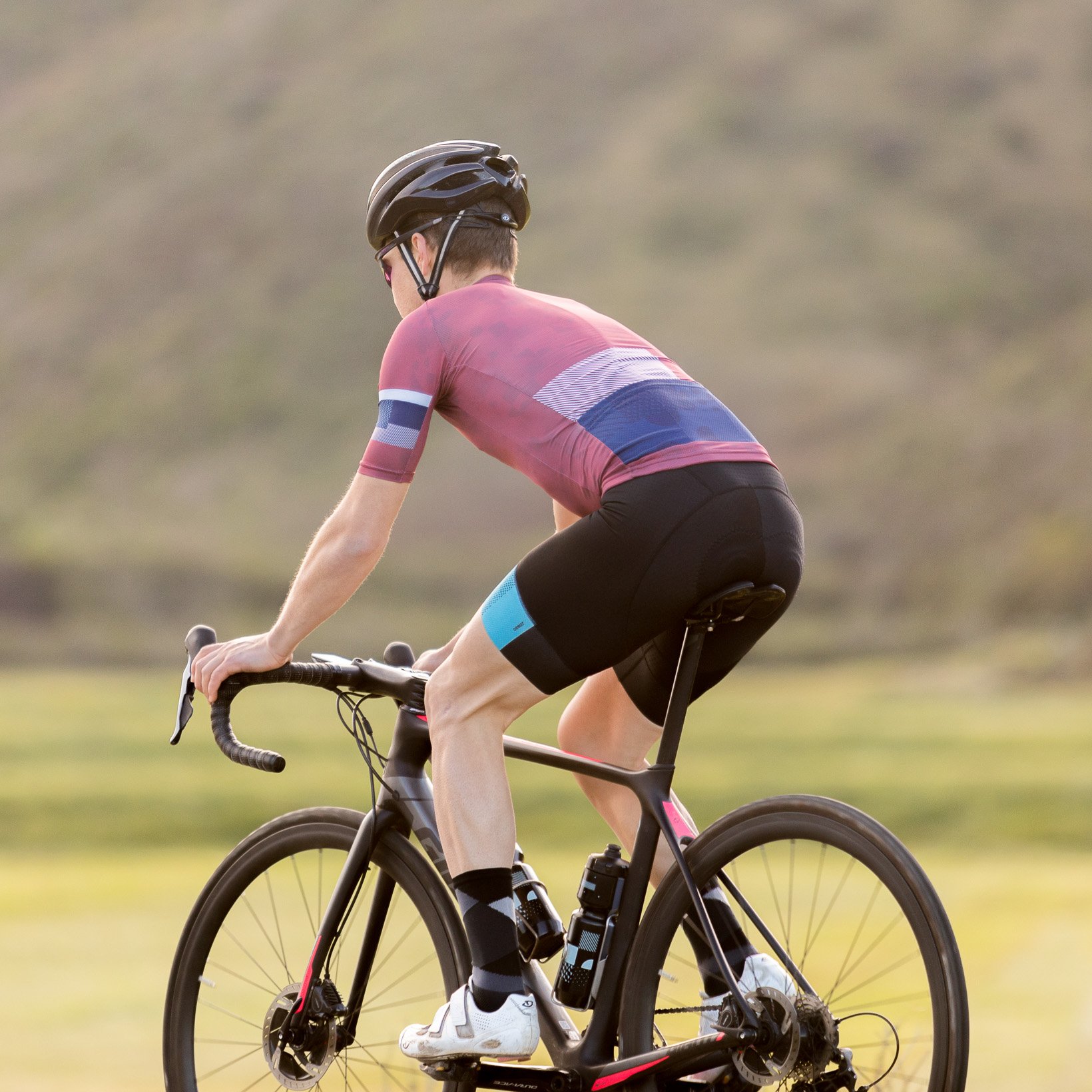 Its minimalistic design of its whole product range caught my eye immediately. Whereas striking designs are prevalent in the apparel industry, Ornot keeps is rather modest. Is it a good thing. That’s very personal, so hard to argue in this department. But that exactly works for me. For example the effort to omit disproportionate branding is omnipresent. That is exactly in line with my fashion policy. I rather value the performance than the self-advertisement of unsightly logos that are all over the place. The manufacturer says they made it their goal to change the landscape of cycling wear by offering well designed clothing while omitting excessive branding. 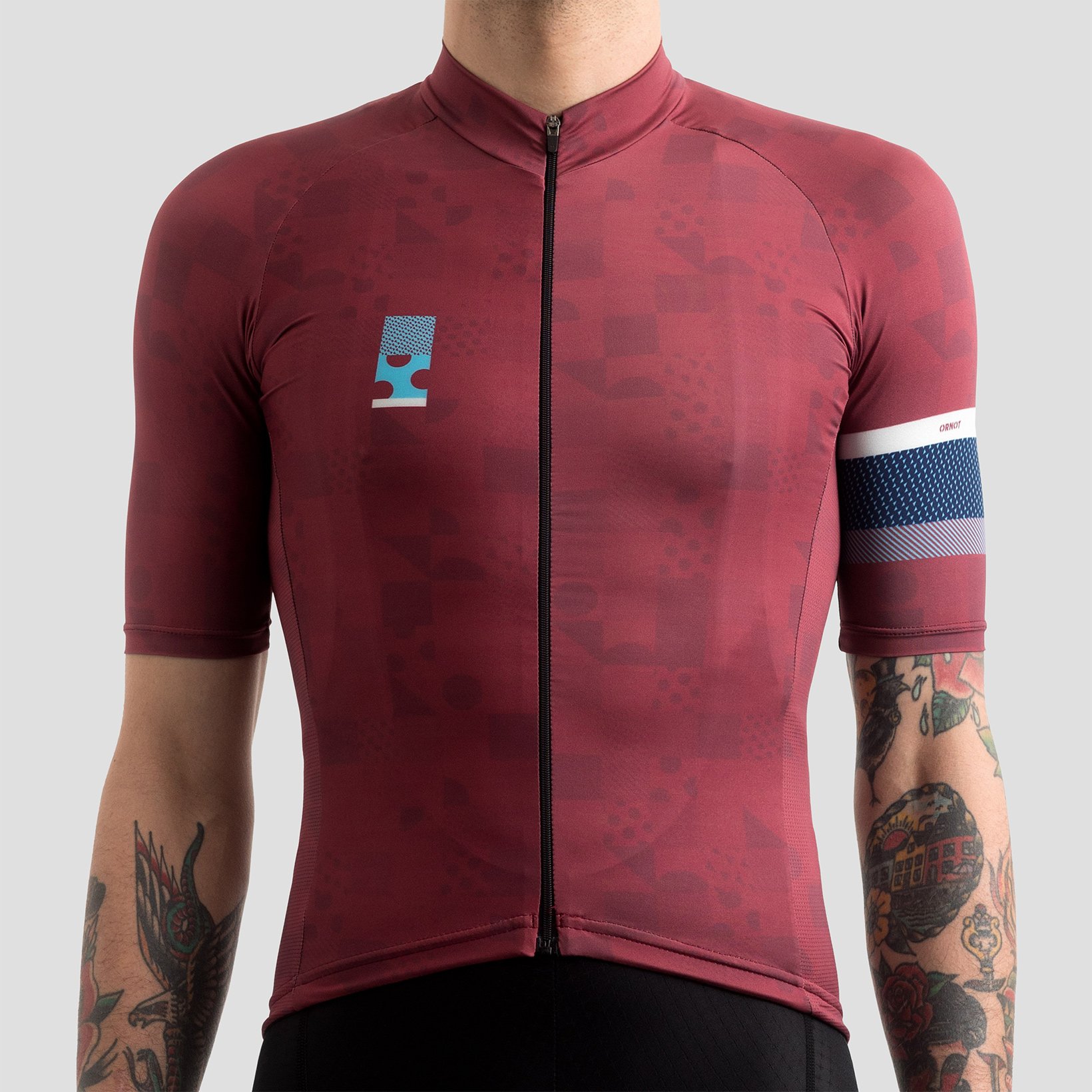 “You could be a rolling billboard, Ornot!”

I had the opportunity to test the House Bibs Shorts and Code Burgundy House Jersey. This combination merges race-ready ingredients but due to its cut and used materials it’s equally OK for long the epic rides in the saddle. I feared, the cut will sport a characteristic American fit, meaning generous in sizing. Hence I went for the smallest size available. Though it’s not an Italian race cut the House Bibs Shorts and Code Burgundy – House Jersey don’t lag behind way too much. In fact, nothing protrudes and lowers its aerodynamic efficiency. It is conveniently snug while not constricting. All in all, it falls definitely into performance fit category. 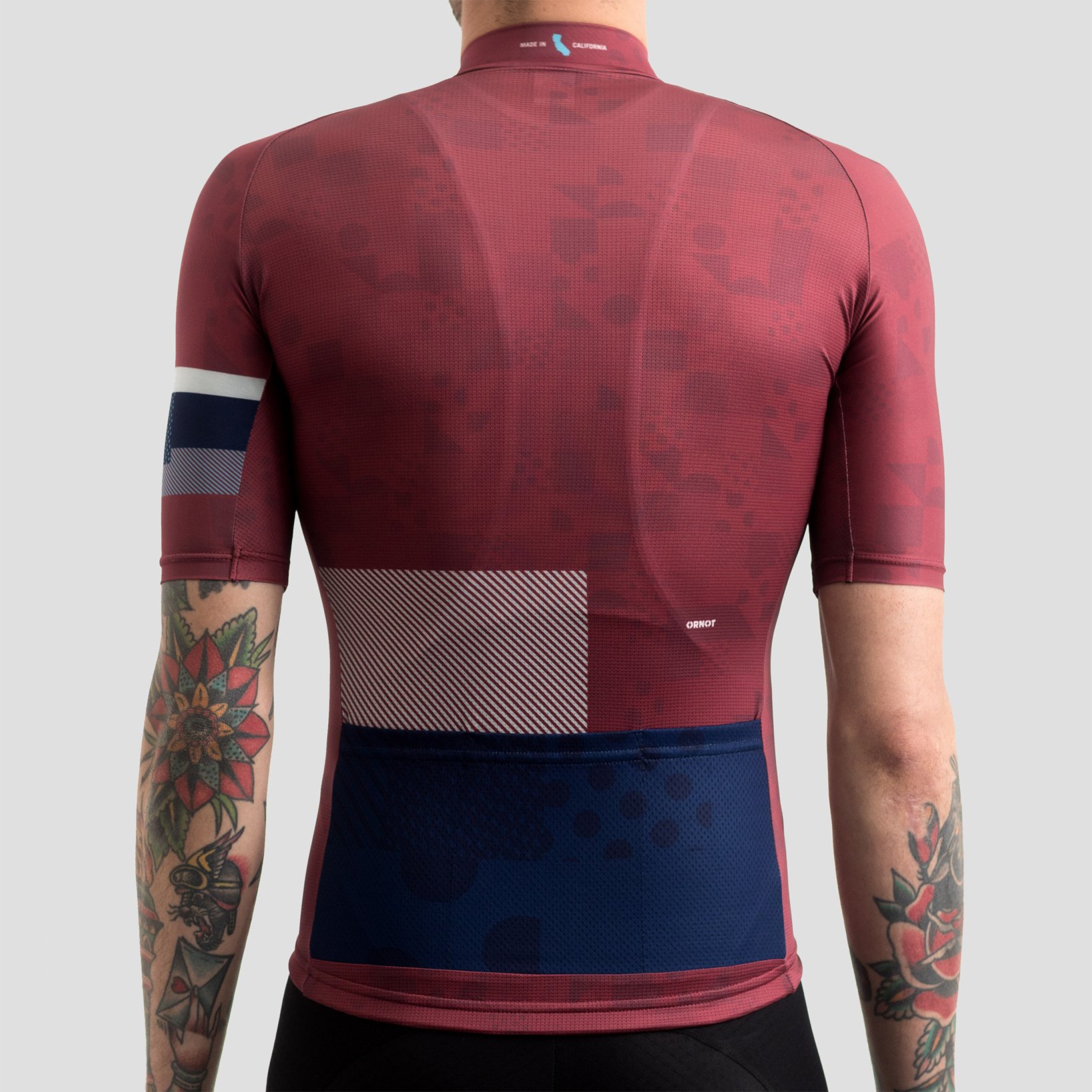 Ornot calls the House Bibs Shorts and Code Burgundy – House Jersey the workhorse of entire collection. In my experience, they are as good on road as off road. I had tested them in demanding gravel races in relentless weather. No sign of massive worn. Thus far, my rides in this kit didn’t exceed the 10 hour mark, but I can imagine, they would take the beating in a 24 hour race too – provided, additional buttock cream is applied – just in case. 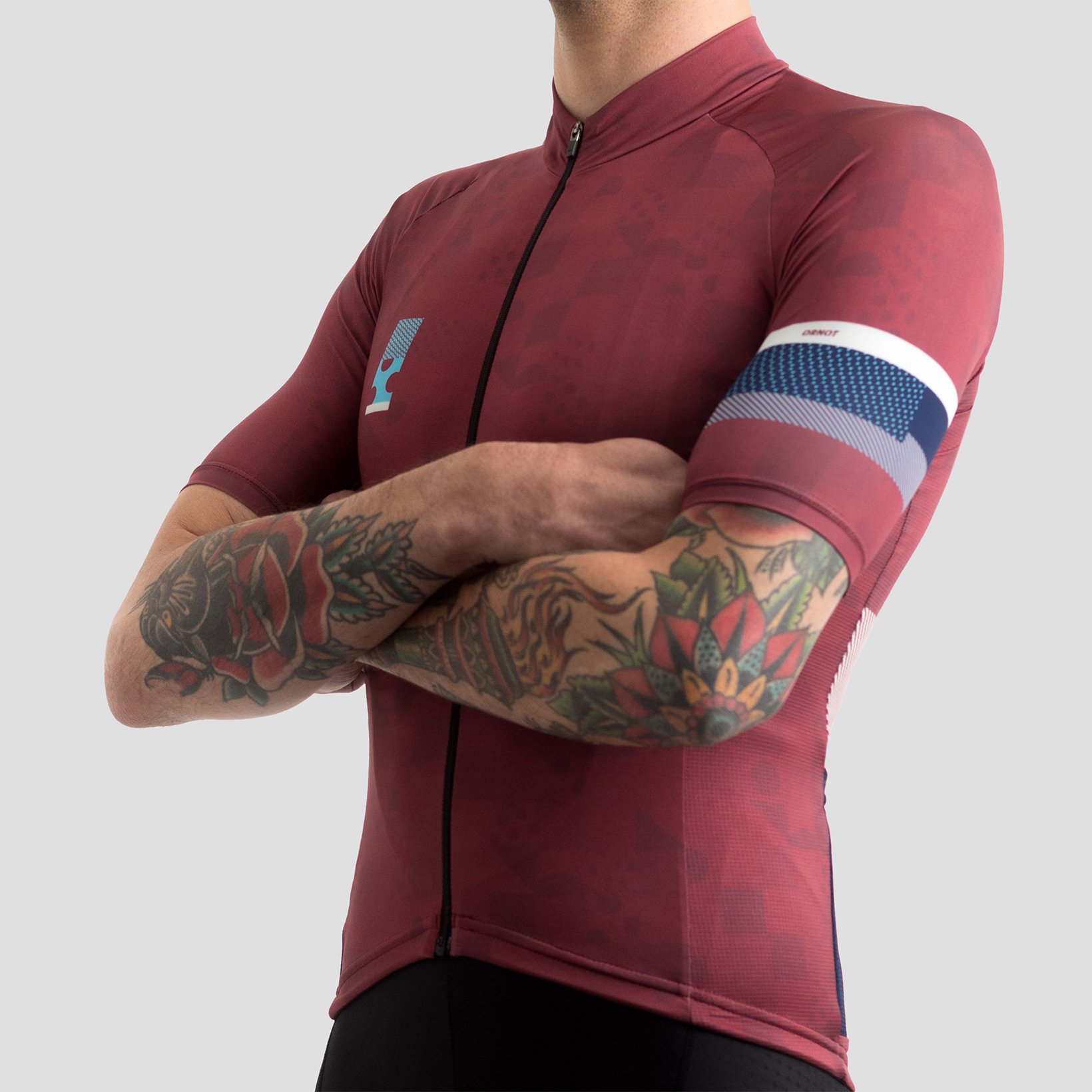 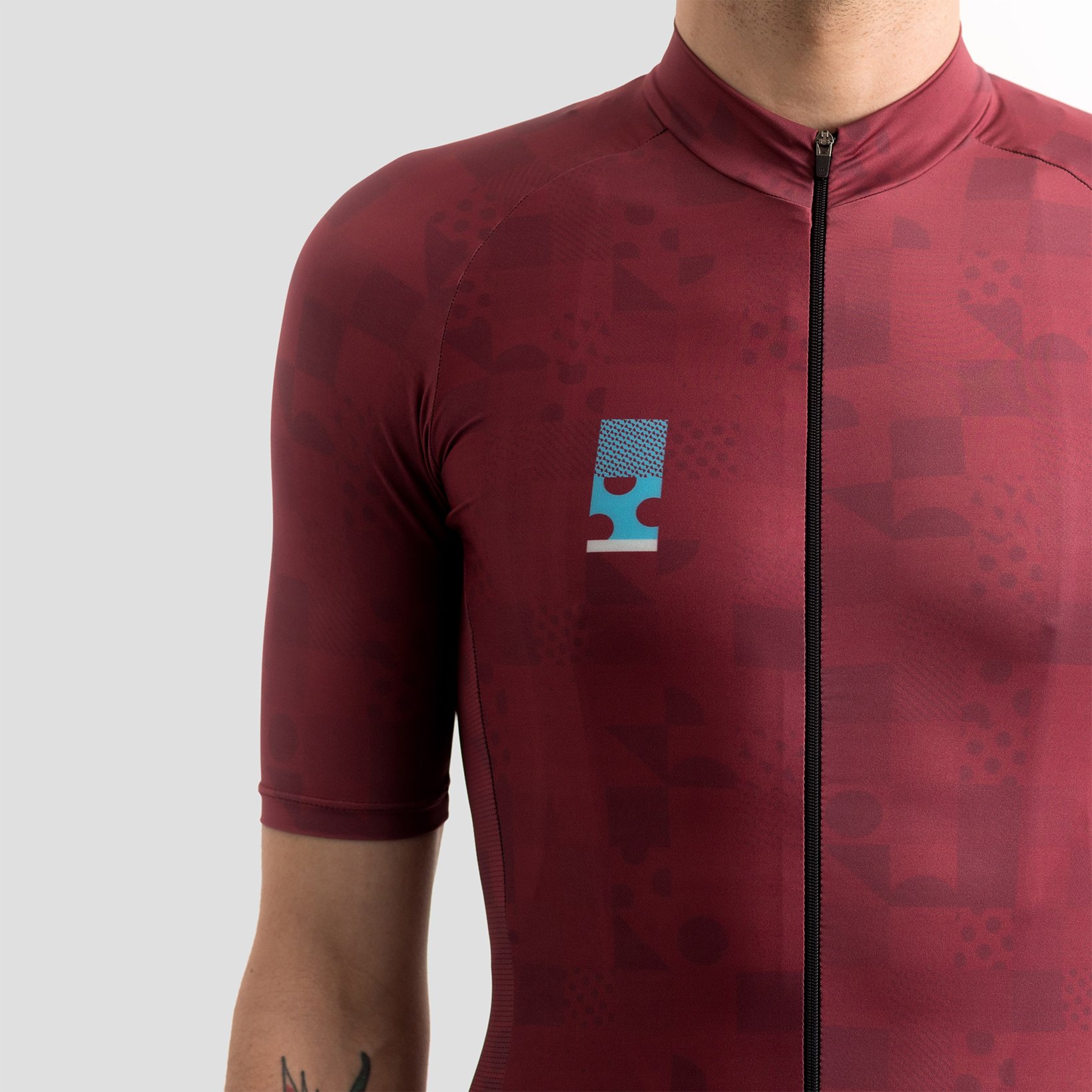 The Cytech chamois is a middle ground feature wise: thin enough to prevent serious rubbing, however comfy enough for 5 + hour rides too. I haven’t discover any outstanding applied technology or contours that would make me pay more attention too. That said, it has to work unobtrusive in the first place. Chamois is a must though, should your ride exceed the 4 hour threshold – that’s my experience anyway. 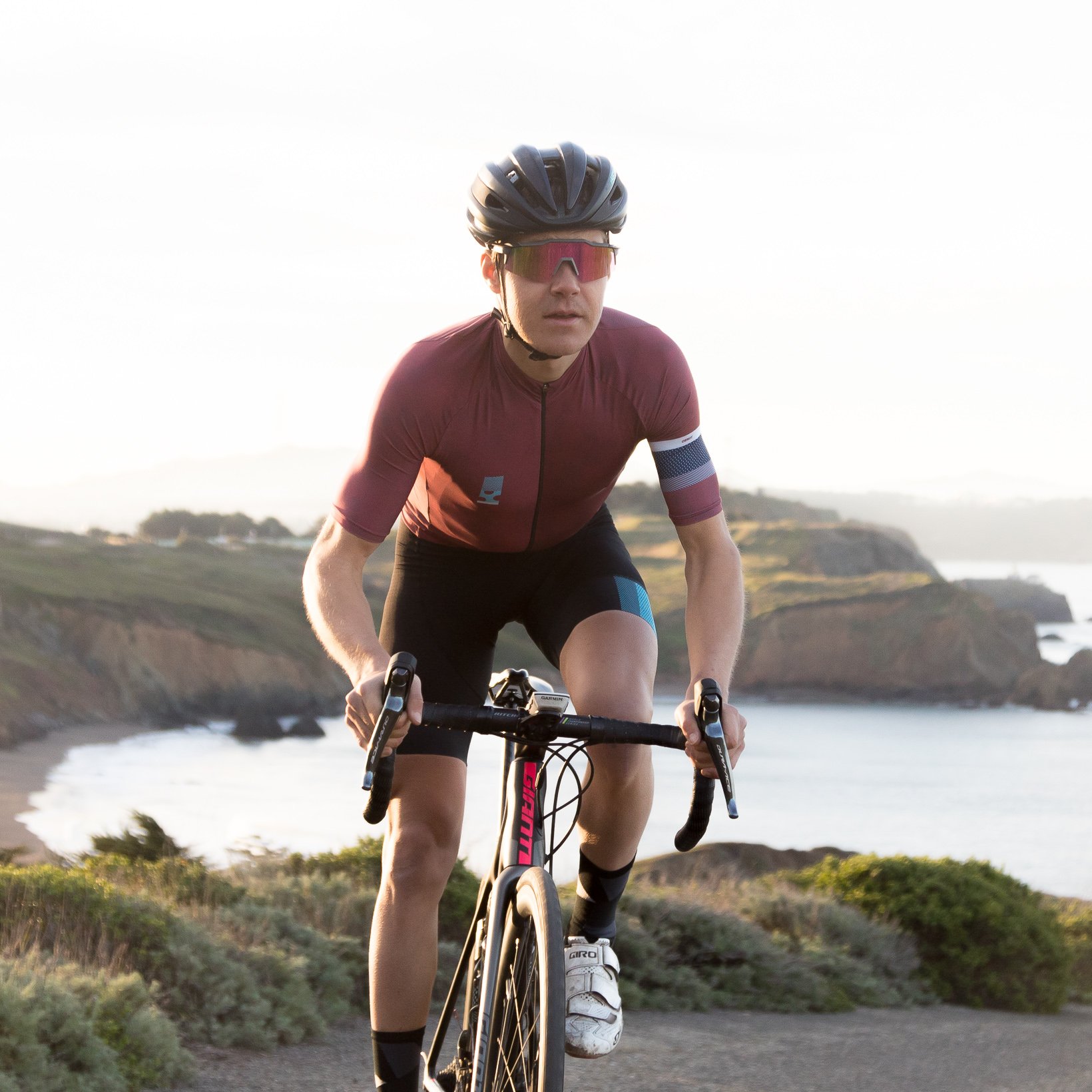 The upper is made of wonderfully soft knit mesh. It is a fair balance between an aero position and upright position. The leg gripper keeps the bib in place, which is fortified by flat-lock seams. The latter is vital for a general comfort, just like the cliché goes: it feels like a second skin. The bib sports a 35 UPF sun protection, frankly though I am never wary of this facts like this. In my eyes the fundamental thing is an adequate sun cream. 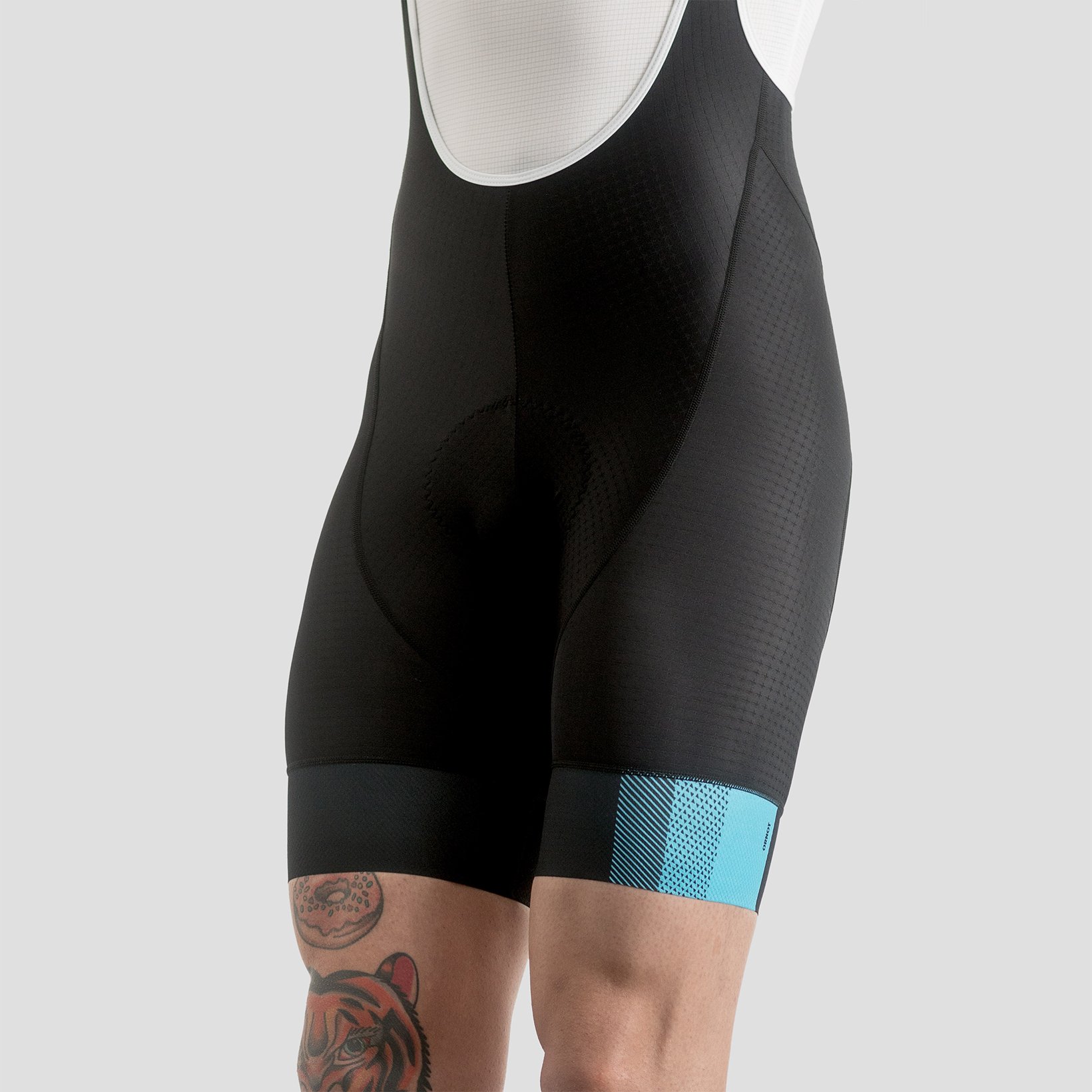 The jerseys light weight is more than welcome. On my scale 112 grams by size S. It is not a mesh like material [just partially], but I haven’t missed that mash anyway, minus on some days these past weeks, where temperatures went way beyond 35-39 C. The most comfortable sensation is guaranteed in aero riding position. I assume, its contoured shape is purposefully designed to be worn this way. The rear pockets are elastic and sizable enough for the usual stuff, but most importantly keeps its from despite occasionally heavy loaded: like full stuffed with rain jackets, leg and arm warmers. It is sewn robustly enough so no concerns here. 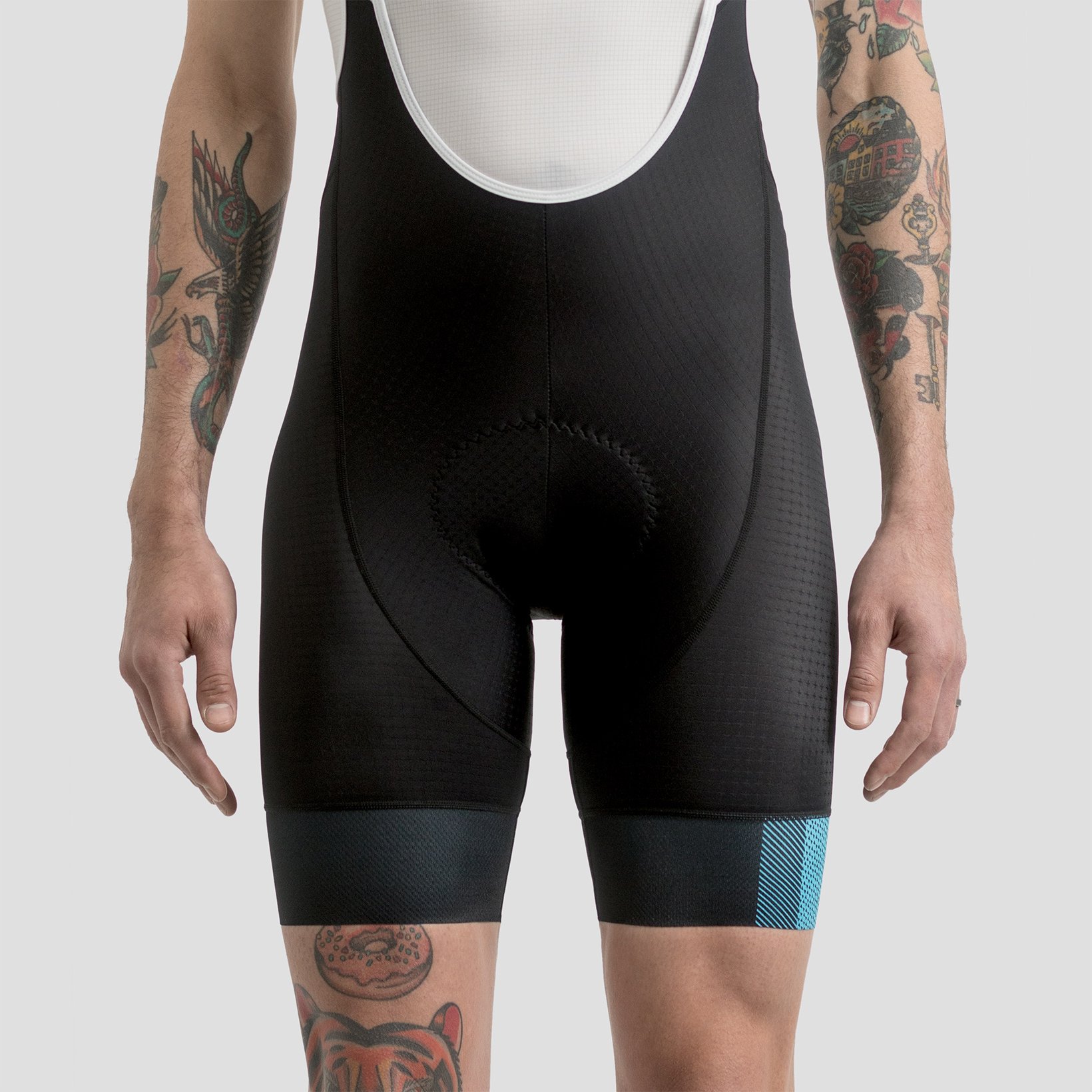 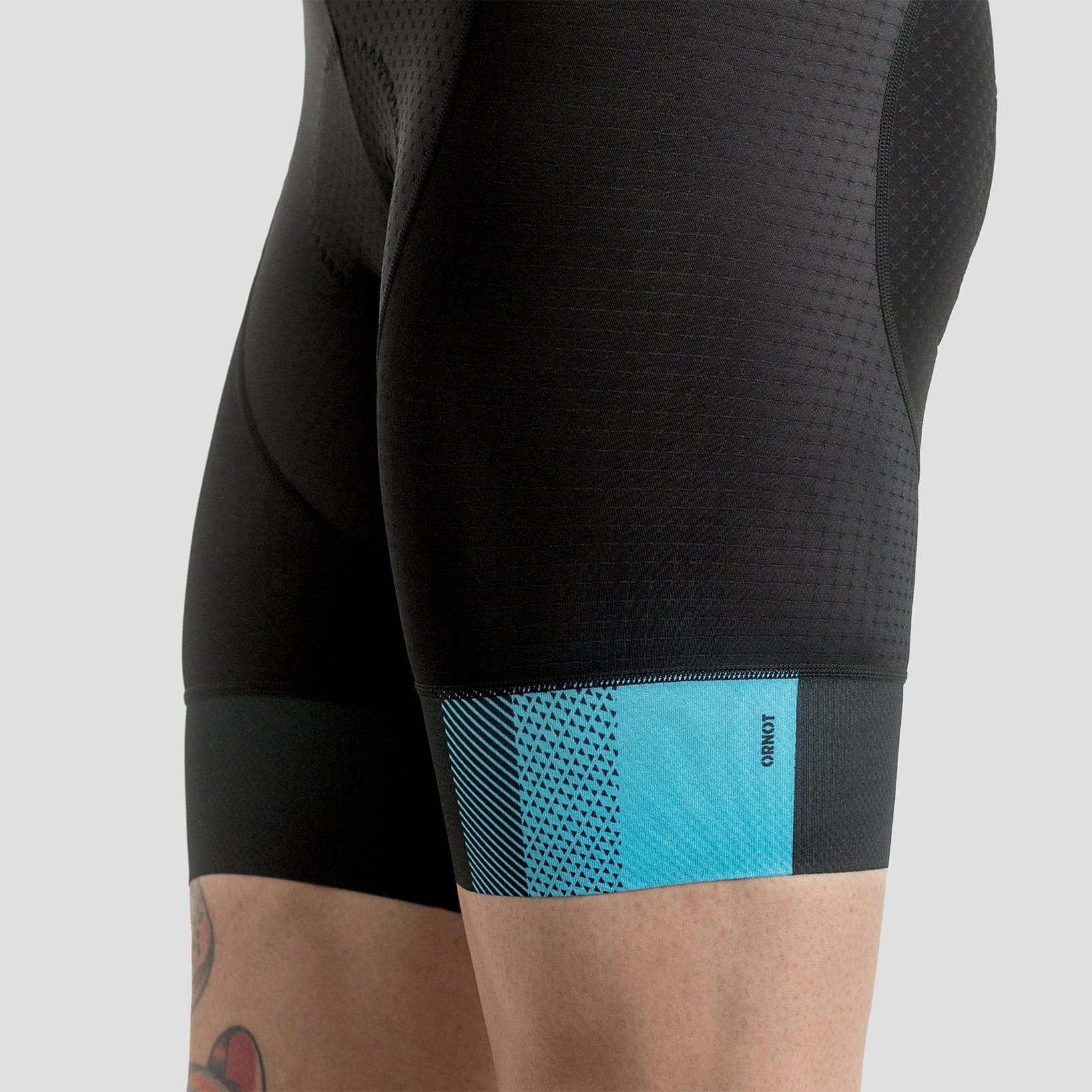 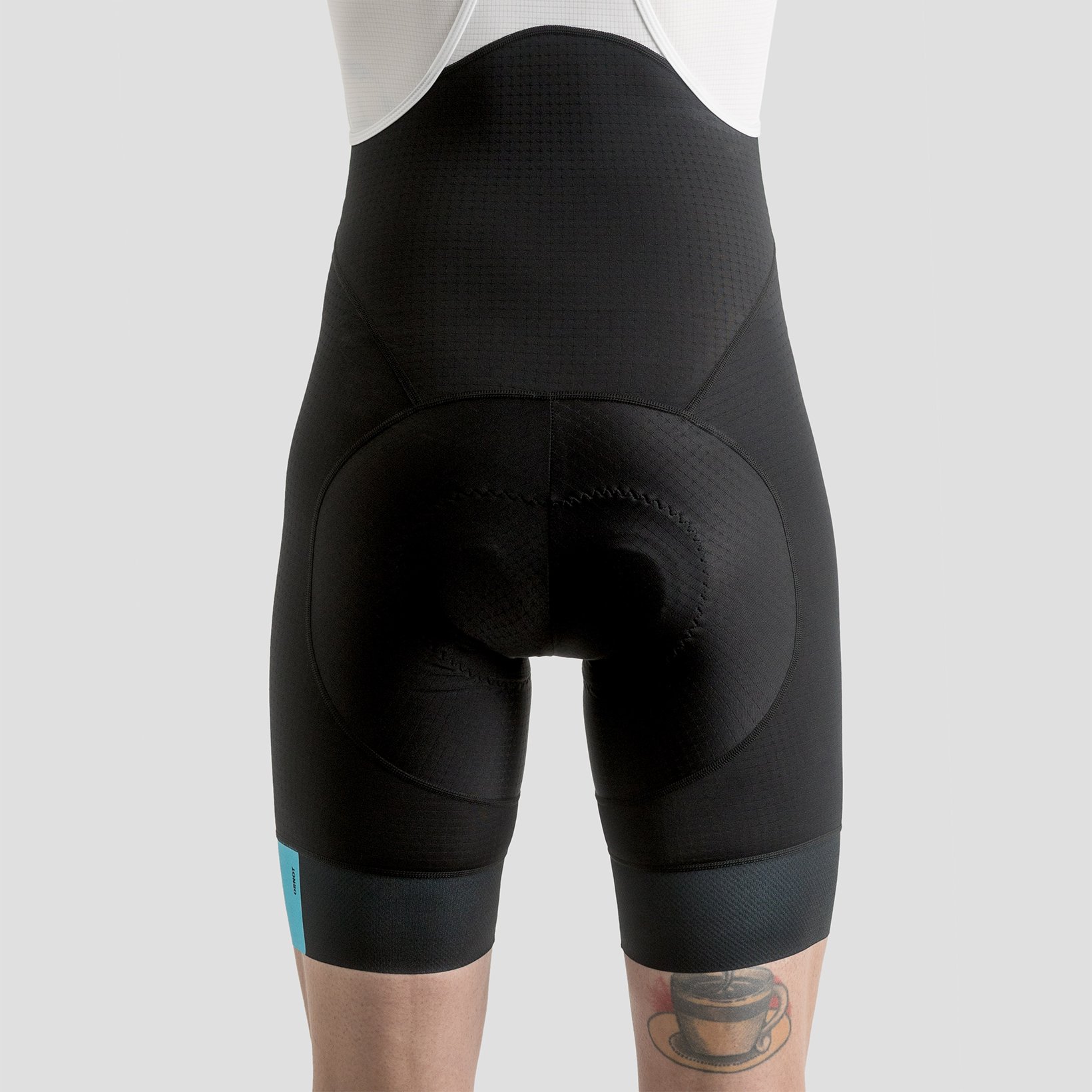 As for the durability, I am happy to report that the kit kept its structure remarkably good despite plentiful washing and rainy/muddy rides. I’ll keep an eye on how they perform going forward. The Ornot House Bibs Shorts and Code Burgundy – House Jersey aren’t outstanding products with earth shaking technologies. I believe, it wasn’t Ornot’s intention anyway. What they meant to achieve, is – besides keeping the production ad material sourcing domestic – to create a kit with restrained design, sporting a reasonable quality. It is a welcome addition to the abundantly crowded market place. What I appreciate the most are attributes like well-done design, both in terms of appearance as well as general construction. The color scheme is chosen in a very measured way. Yes, a miniscule Ornot logo is still there but it is greatly embedded into the general scheme so that one really has to wonder: what brand is it anyway. 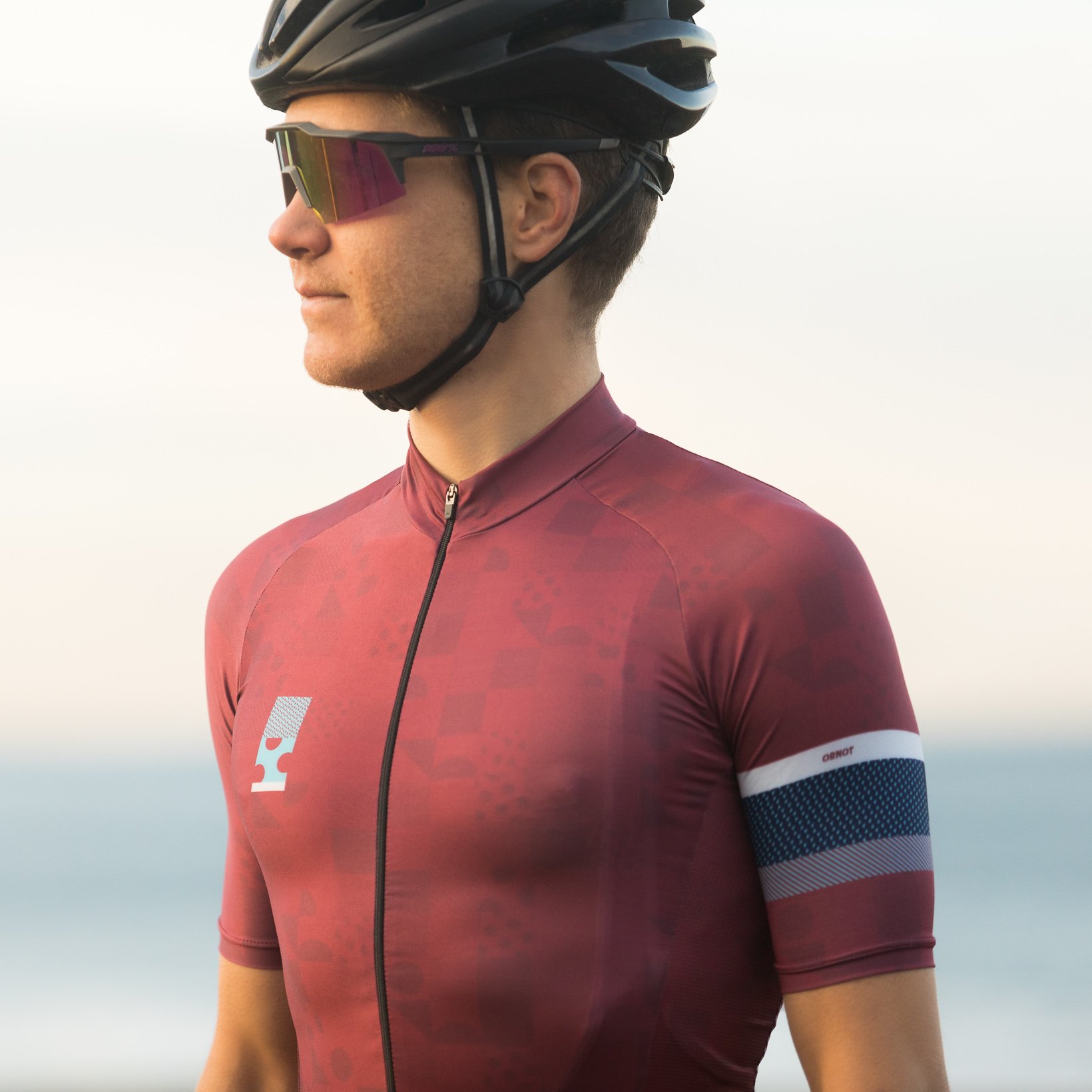 That may or may not to be preference of the buyer, so, again it comes down to personal preferences. Ornots product range and categories are growing gradually, thus it will be exciting to come to learn those products too in the near future. 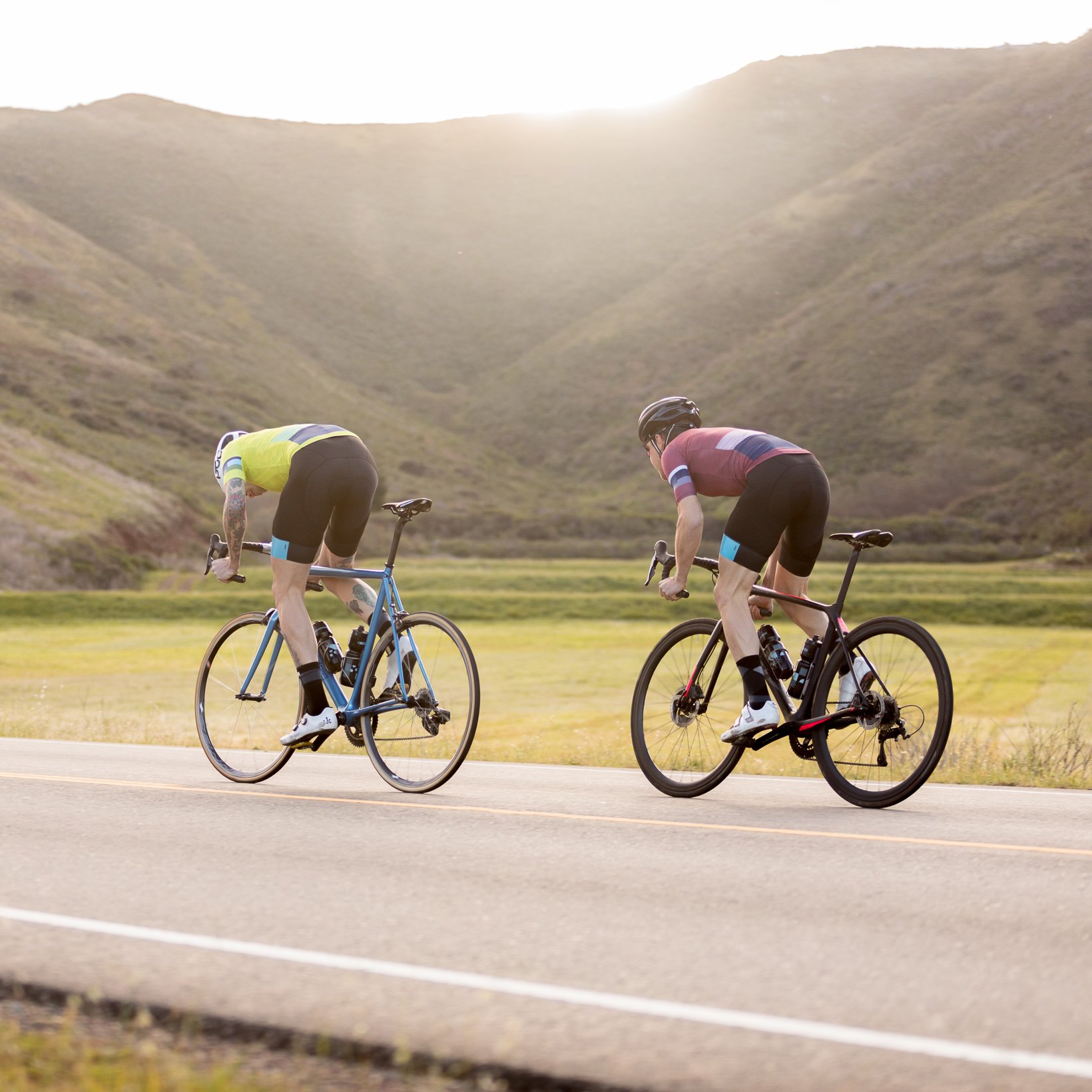 Brand philosophy:
Ornot is a cycling apparel company devoted to minimal design, domestic manufacturing, and having a good time on the bike. When we began in 2013, massive logos and team kits were the norm. We made it our goal to change the landscape by offering well designed cycling clothing while omitting excessive branding.
-You could be a rolling billboard, Ornot