The new Giant Defy Advanced is a distinct blend of efficient and competitive road bikes, and those that offer a more comfortable ride. All this from one of the largest manufacturers of bicycles in the world, with supreme level of technology and build quality. 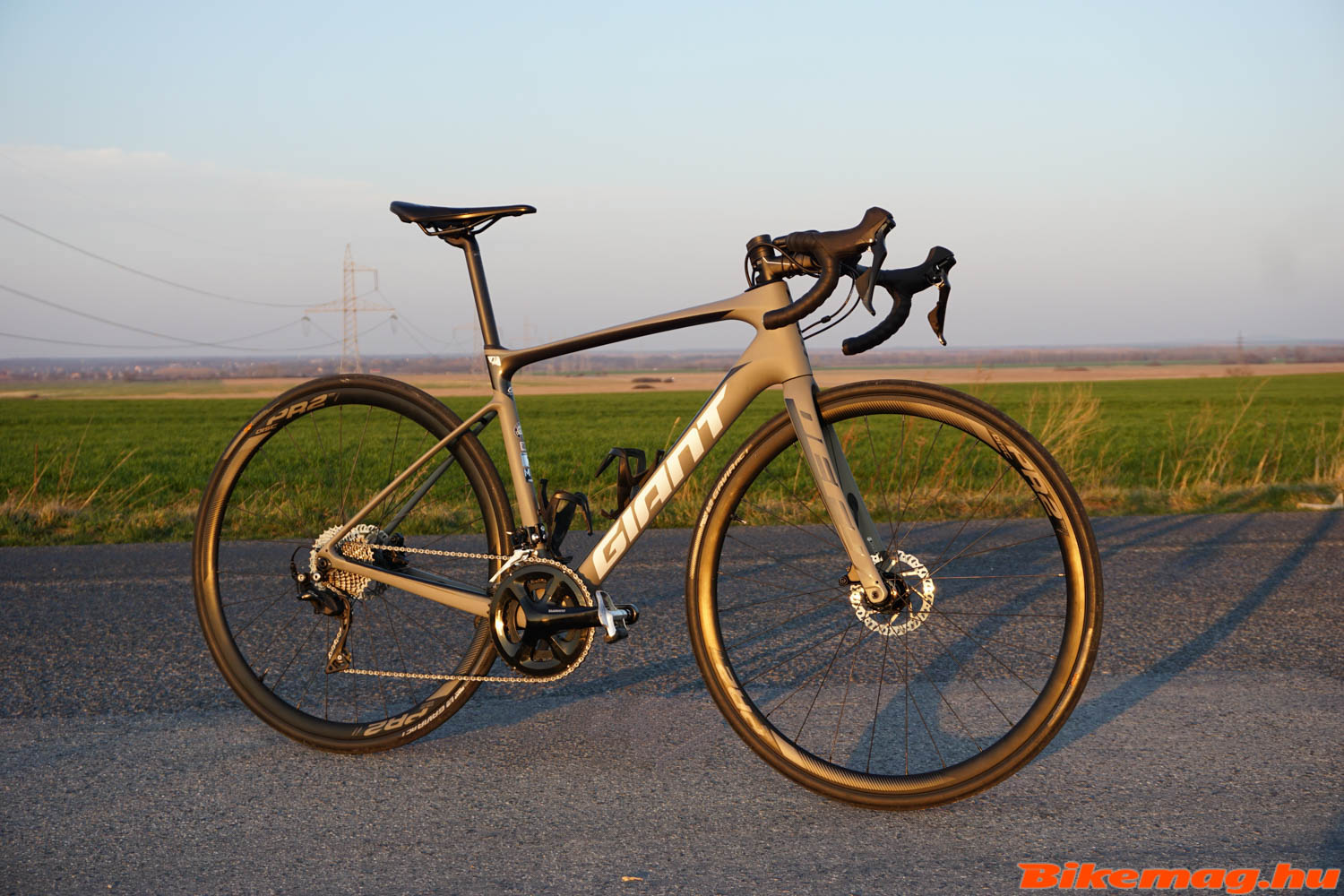 As we have reported earlier, Giant completely revamped the Giant Defy Advanced and Advanced Pro model lines for 2019. As a brief summary, Giant’s main was to increase the comfort factor of their popular endurance road bikes. The core of the endurance market segment is to allow the average cyclist to enjoy road biking, increasing the distance they could cover in good comfort. Achieving this goal involves positioning the rider more upright, paired with providing stable and secure bike handling. 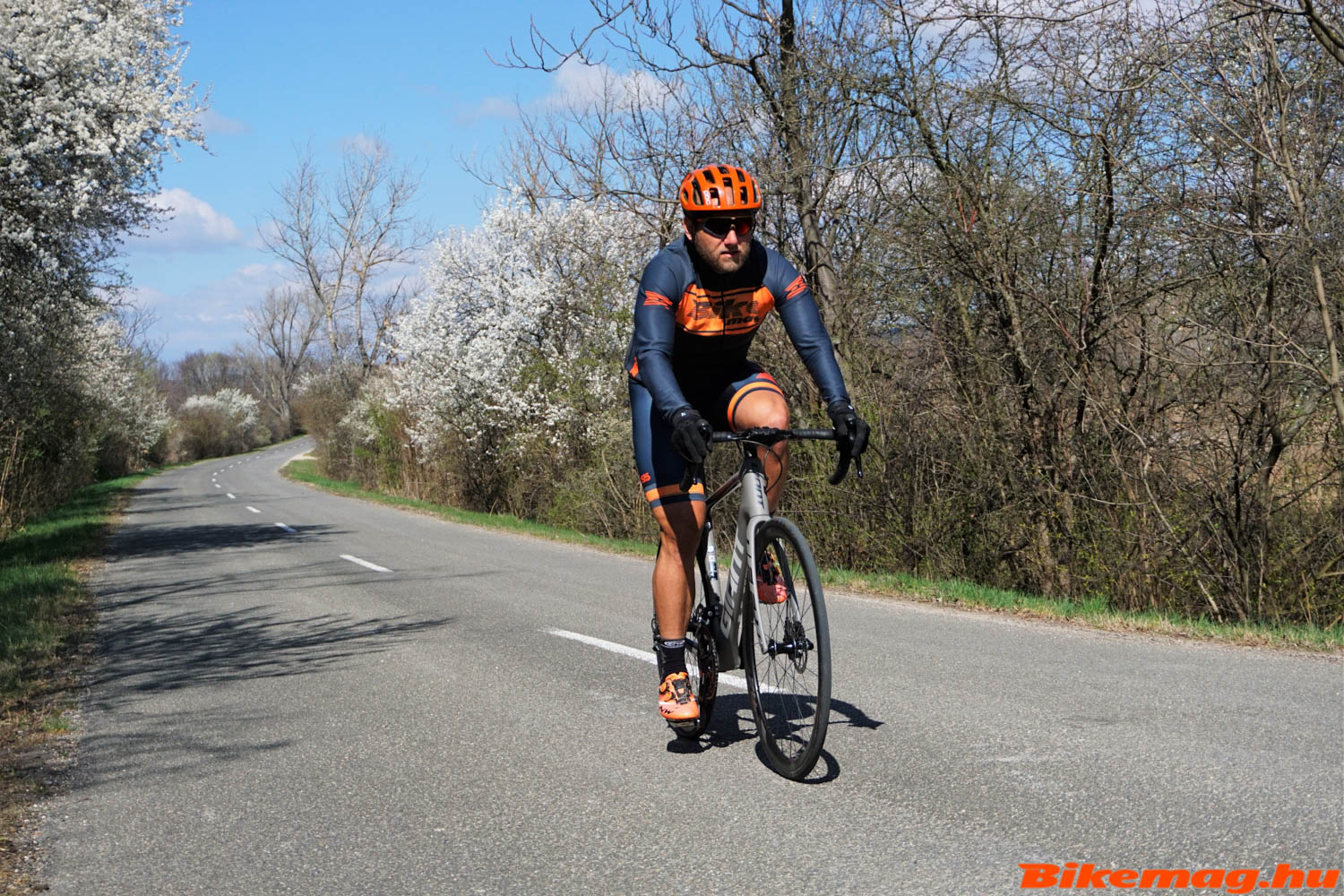 The Giant Defy Advanced model line features a carbon fiber frame, the word “Advanced” refers to the manufacturer’s Advanced-Grade Composite technology. This type of CF-construction is the second-tier in the Giant technical arsenal, only eclipse by the Advanced SL-Grade Composite in terms of weight and rigidity. The SL-variant is designed primarily for competitive riding, all the way to professional racing level. I haven’t intentionally used the word “better”, since this is a matter to be debated. It all depends what the bike is used for. A top-tier competition frame can be too rigid, stiff for the average rider, who’s likely to require more comfort that outright efficiency – especially when doing a long ride. Cycling is meant to be enjoyable activity for most of us, not a sprint to the line! 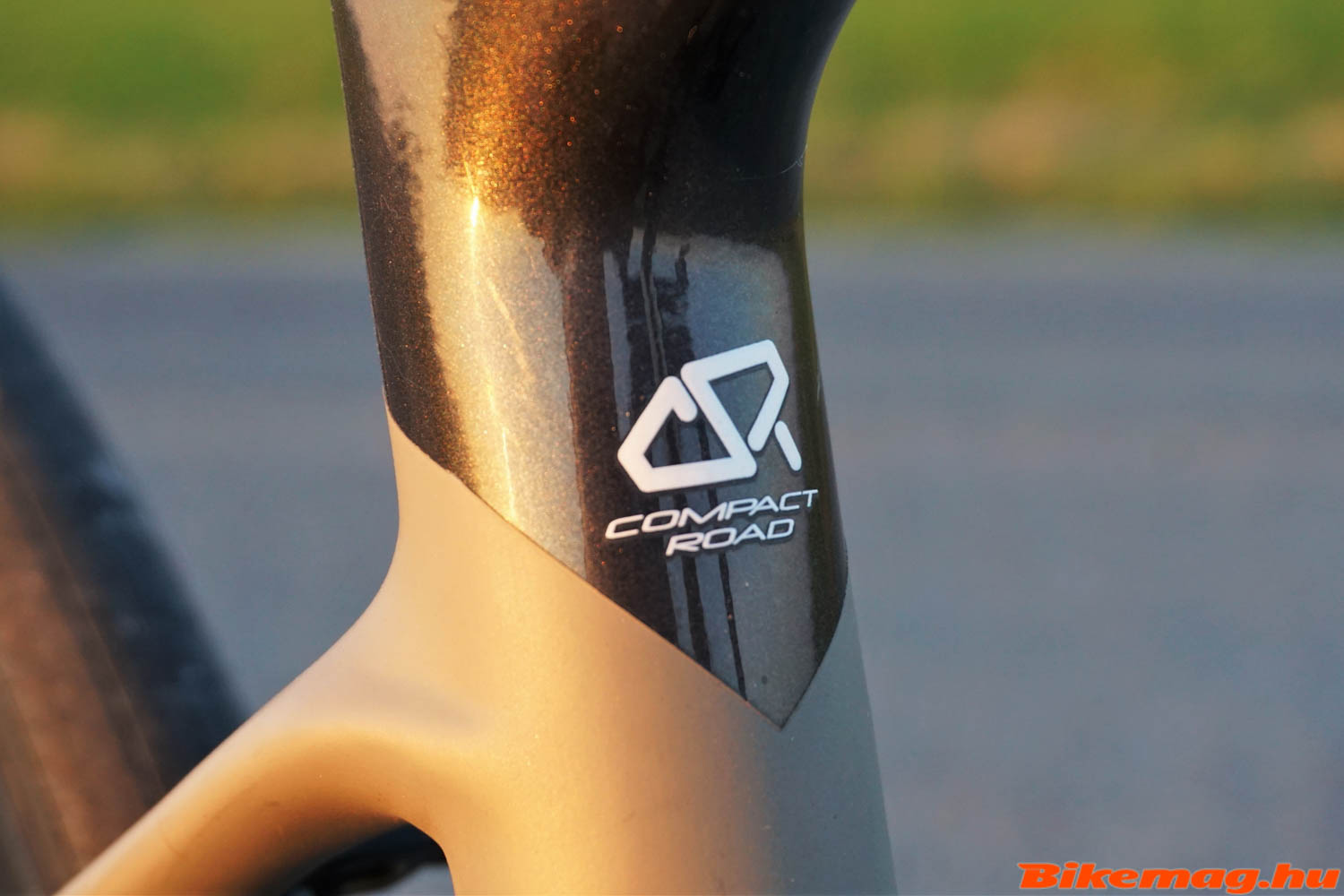 Looking at the frame geometry chart, we can see that Giant engineers have shortened the top tube and increased the head tube length of the Advanced compared to the SL. Experience backs this up, as amateur riders tend to be less flexible, than those, who have been cycling for many years, especially from their youth. To reach the handlebar and maintain this position for hours on end, the average rider is better off with a more upright upper body position, even if it entails a slight drop speed due to increased air drag. Of course, there is a fine line the designers have to walk, as an overly high front end results is worse handling properties as well as greater amount of loss in efficiency. In the endurance road bike segment, the upper body position is usually set approximately half way between the requirements of competitive riding and bike touring. 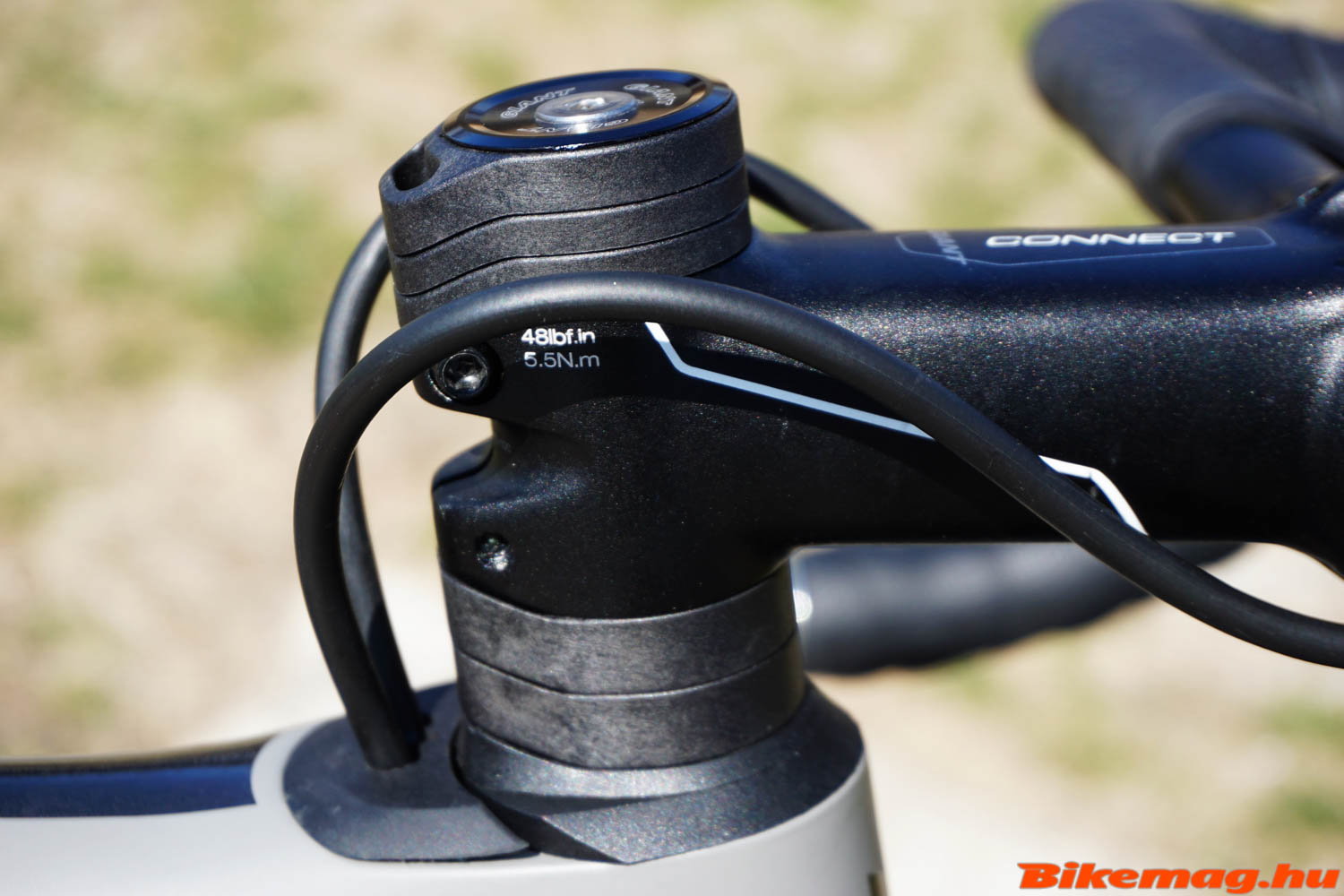 The above-mentioned modifications in frame geometry entails further changes in frame angles and fork trail. In case of the Defy Advanced, these adjustments have also been carried out with restraint, thereby making the handling slightly more stable, yet retaining the agile character we expect from a proper road bike. Further concession to the amateur cyclist’s needs is achieved by providing space for tires up to 32mm in width. This effectively increases the absorption of shocks and vibrations from the road, as well as providing additional traction for a more stable and safer bike handling. Not to mention the addition of a disc brake system, which also advances safe and confident riding. These are all traits that make the endurance road bike ideal for everyday cyclist who wish to ride on tarmac. Finally the Defy Advanced provides attachment points for fenders (mudguards), so the bike can double up as a commuter or as a winter training bike.

The Defy Advanced 2 is the most affordable model variant here in Hungary, standing one above is the Advanced 1 and the range is topped by the Advanced Pro. The three-tier lineup differs only in terms of the choice of equipment. Our test bike sports Shimano 105 components, a solid choice for a mid-price offering. The rest of the accessories were wisely chosen for quality and reliability. 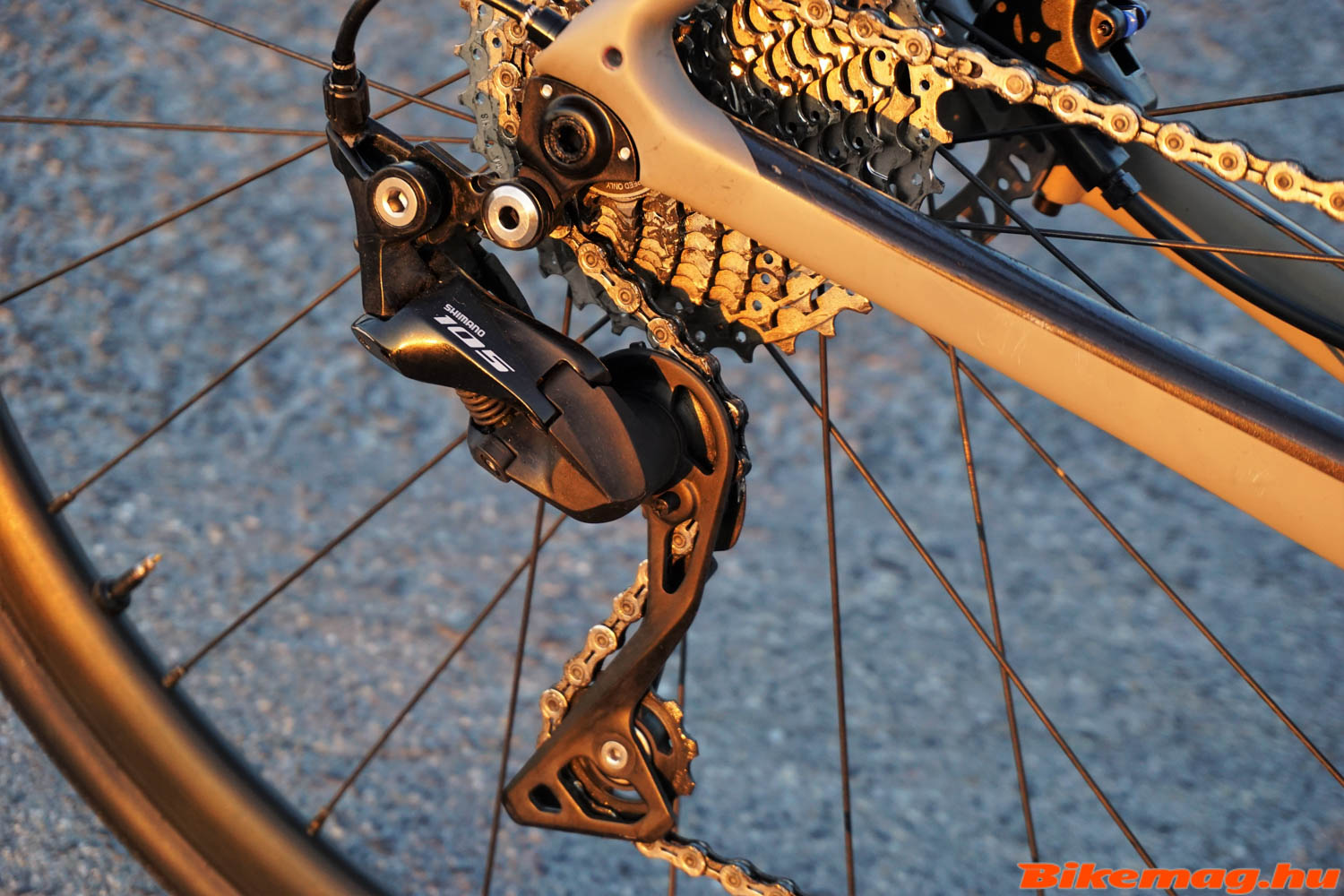 We’ve already reviewed the new Shimano 105 group set, and were happy to see it on this Defy Advanced. I’ll elaborate on this point shortly, but first let’s look at how the components fit the frame! Conforming to current trends, all the cables are hidden inside the frame. Actually it’s not that easy to find any cable housing running outside! Just as the cables exit the handlebar, they are immediately routed into the top tube just behind the headset. Next time we see the cable is where they exit near the derailleurs or the hydraulic brake calipers. Some manufacturers have a great deal of trouble assuring smooth shifting with internal routing, and cables tend to rattle inside the frame. Since the 105 components are mechanical, this may be a genuine concern. On the other hand, Giant has a reputation of solving such problems, assuring snappy, noise-free shifting. I should put it forward, that the mid-level Defy Advanced 2 certainly didn’t disappoint in this respect! 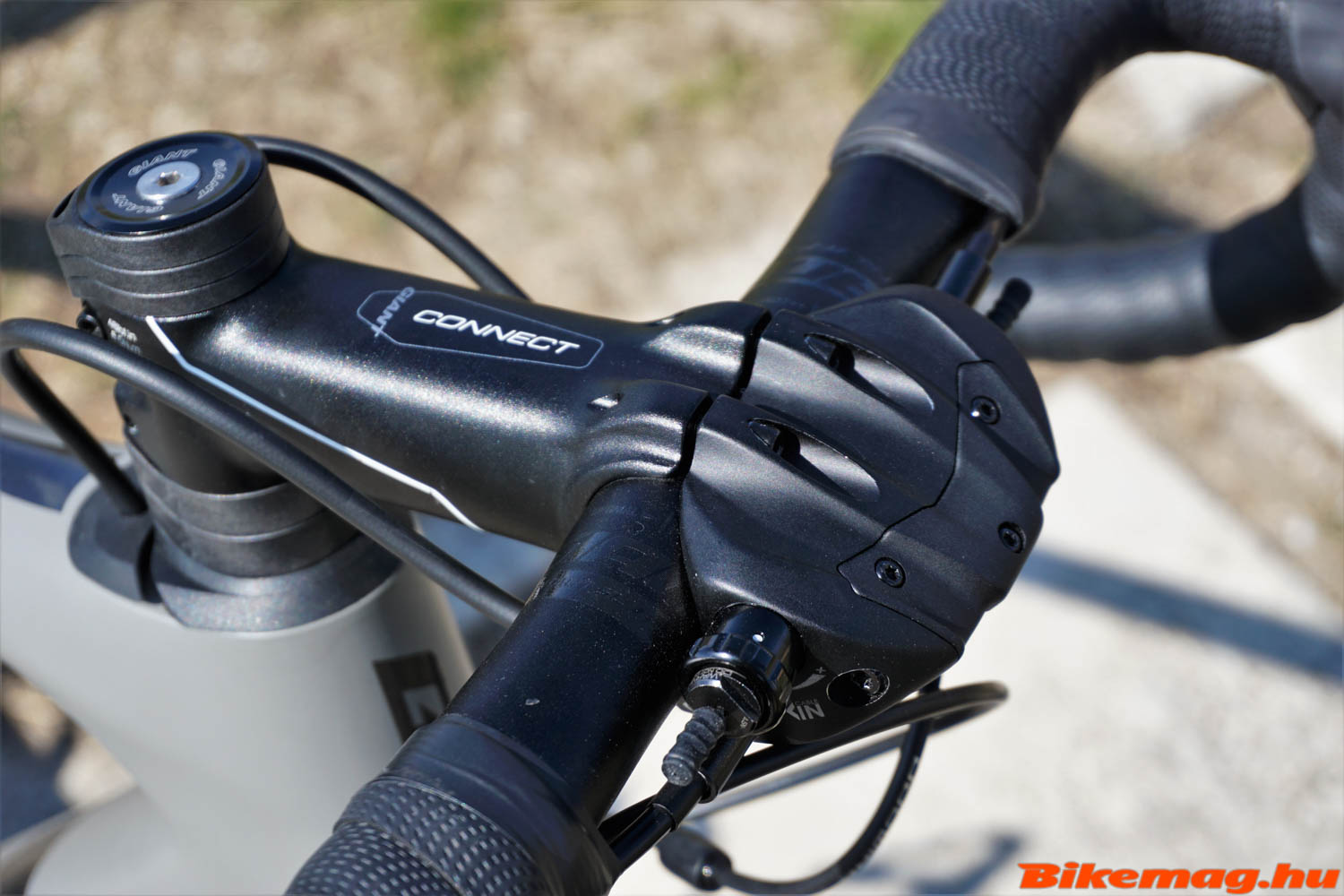 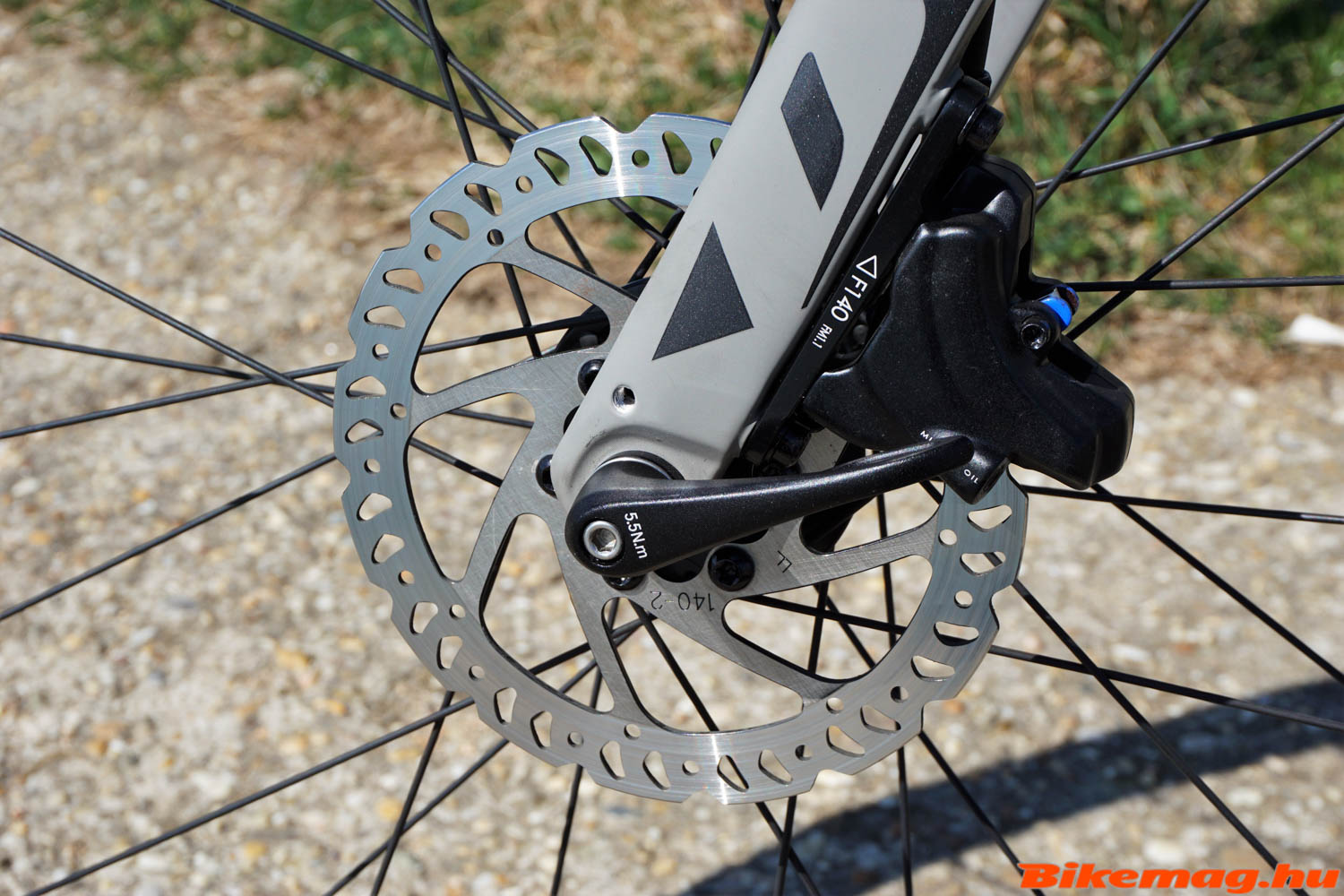 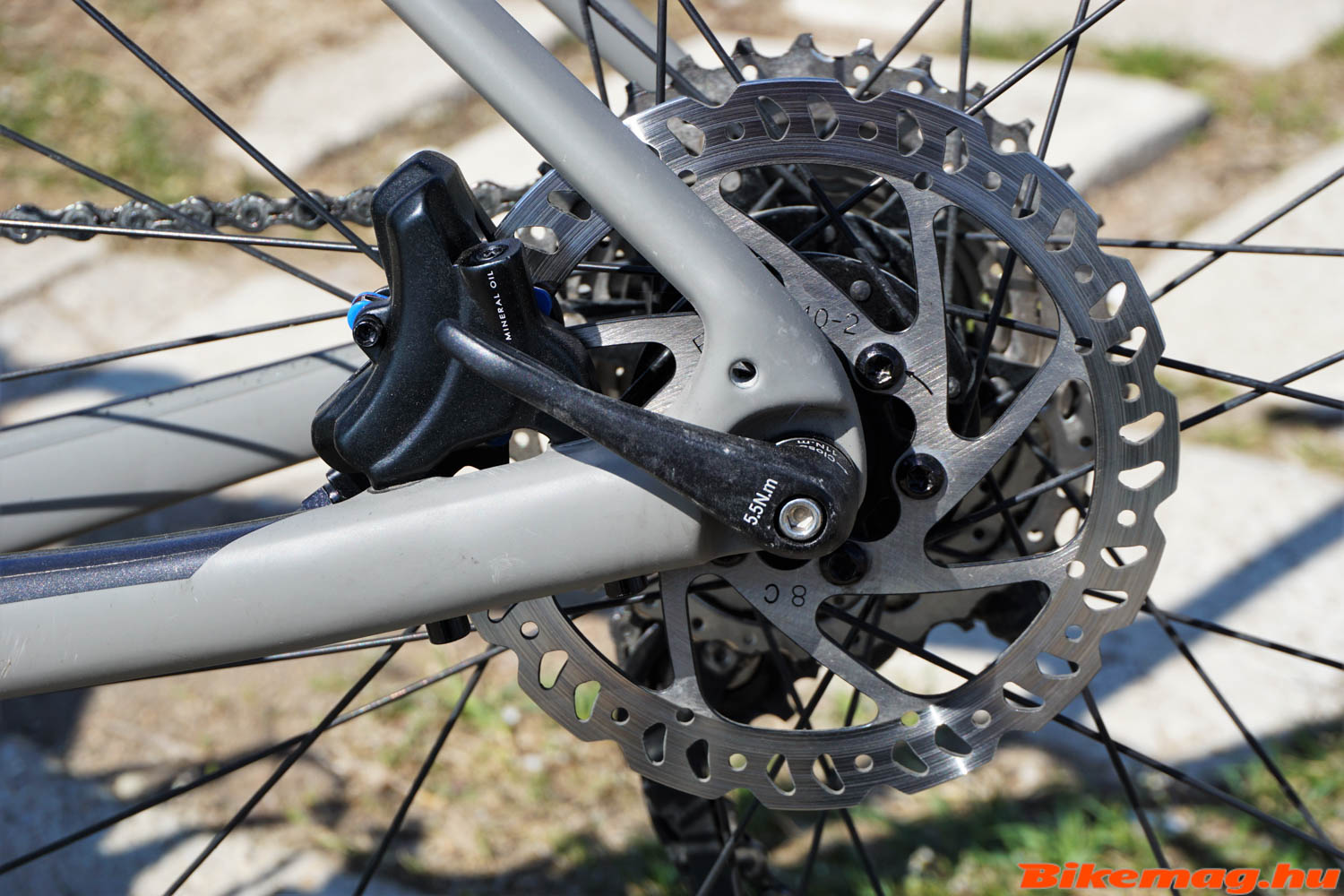 The disc brake calipers are an interesting affair. It’s a hybrid system which we have already tested on the Giant Toughroad gravel bike. The shift/brake levers are mechanically operated, they use conventional steel cables to actuate the derailleurs and the brakes. They were primarily designed to be paired with rim brakes of mechanical disc calipers. On this bike – and the above-mentioned Toughroad – Giant installed a mechanical-hydraulic converter in front of the stem’s faceplate. The unit is called the Giant Conduct SL Disc. Inside, the steel cables move two hydraulic pistons, one for the front and one for the rear brake. So from this point the brake system is hydraulic, uses mineral oil to actuate the calipers at the wheels. The Conduct Disc adds about 2-300 grams to the bike, but it’s efficient and the braking force and modulation is similar to the fully hydraulic brake systems. Such converters have been around for quite a few years as hydraulic road bike brake systems were rudimentary and not wide spread. Just this year Shimano introduced a revamped and much more appealing hydraulic lever design for the 105 group set, so we may see Giant substituting it for the Conduct SL Disc in the near future, perhaps next year. 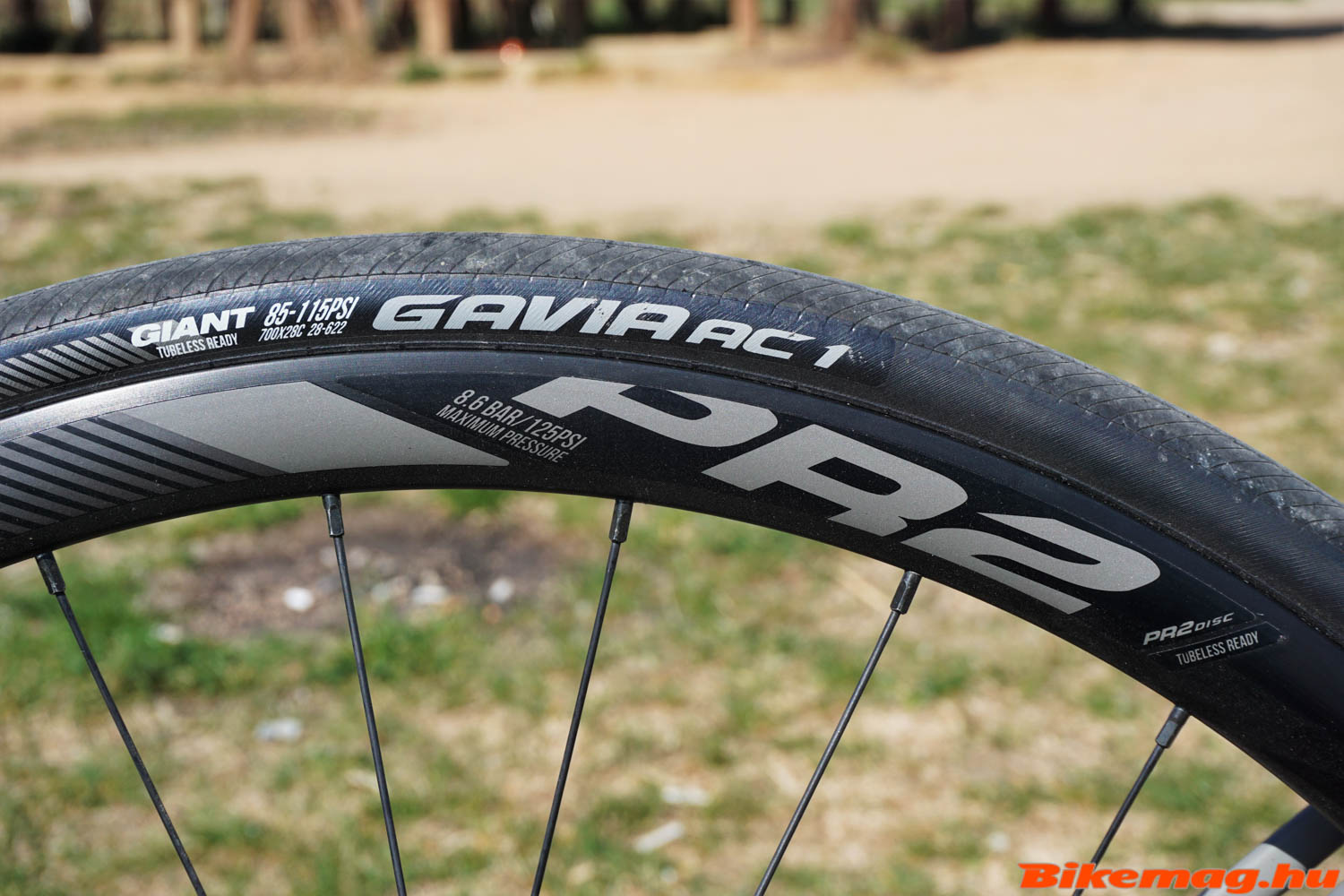 There are Giant brand logos on the wheels, signaling that the PR-2 have been designed completely by the Taiwanese company. Even the tires reveal a Giant name, so apart from the shifting and the power transmission, practically all the bike’s components were created in house. The tires are far from run-of-the-mill pieces, they are a tubeless design and come without inner tubes from the factory. This solution is quite rare in the bike industry, Giant looks to be at the forefront of road tubeless technology in 2019. 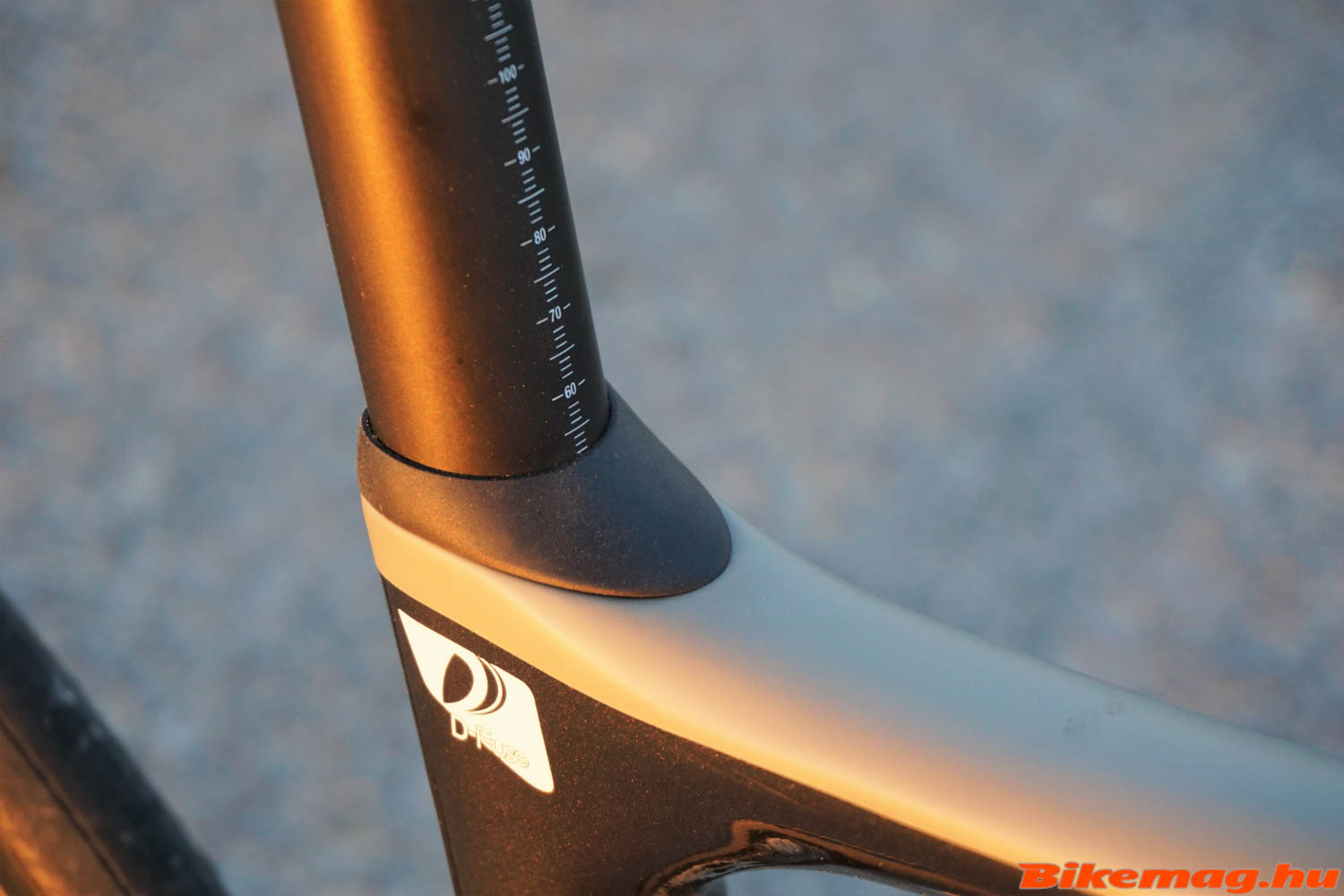 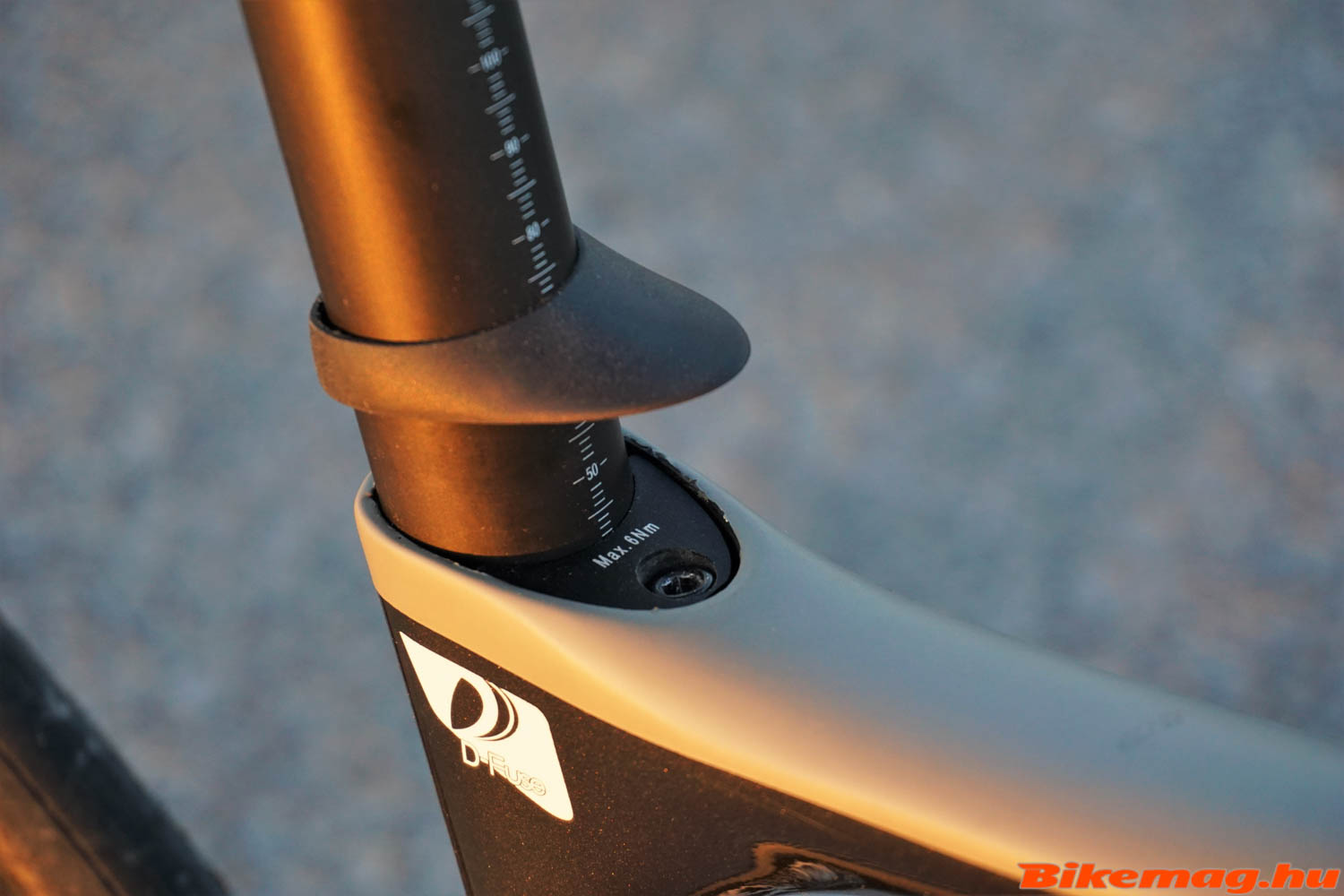 The other in-house components are also highly advanced offerings, so well worth a closer inspection. These was all created by Giant’s engineers, and have been optimized for the Defy Advanced series of road bikes. Some of the features include the D-Fuse aluminum handlebar which brings great benefits in the terms of aerodynamics while permitting fully integrated cable routing. The D-Fuse carbon seat post has also been exclusively for the Defy Advanced and features a “D”-shaped cross section. The special profile increases comfort while providing decent rigidity to the seat area. Saddle stability is quite an overlook aspect of cycling, but a stable platform obviously helps to increase pedaling efficiency. Finally the D-Fuse post is fixed by an ingenious wedged system. Not only does it improve the aesthetics of the bike, but reduces air resistance as well. Similarly we find aerodynamic headset spacers which serve the same two functions. Both solutions are simple, elegant and gorgeous! 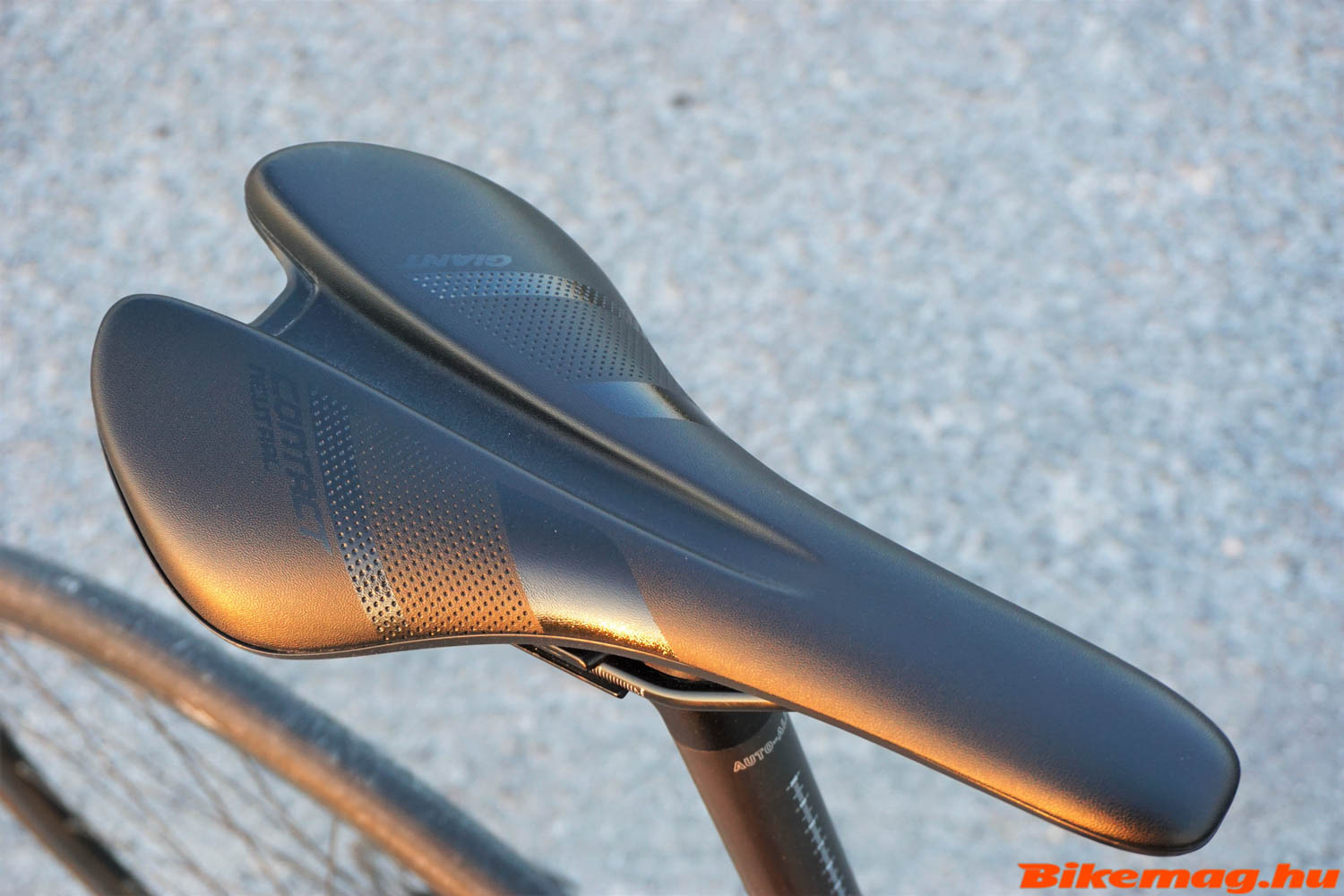 The same can be said of the complete bike. It’s a highly aesthetic, well thought-out, and a complete package. I really love the frame shapes and the finish, which I consider superior to the high-end “PRO” model version. Giant has always been renowned for offering nice bikes with a fresh, consolidated design. I have difficulty naming another brand, which pays so much attention these attributes.

Now let’s talk about how the bike performs on the road!

First of all, the ride was not exactly what I expected! When I put a leg over a bike categorized by the manufacturer as an “endurance” type, I expect slower steering, some loss in drive efficiency and a higher handlebar position compared to my performance road bike. The Defy Advanced is definitely not a typical representative of this market segment! 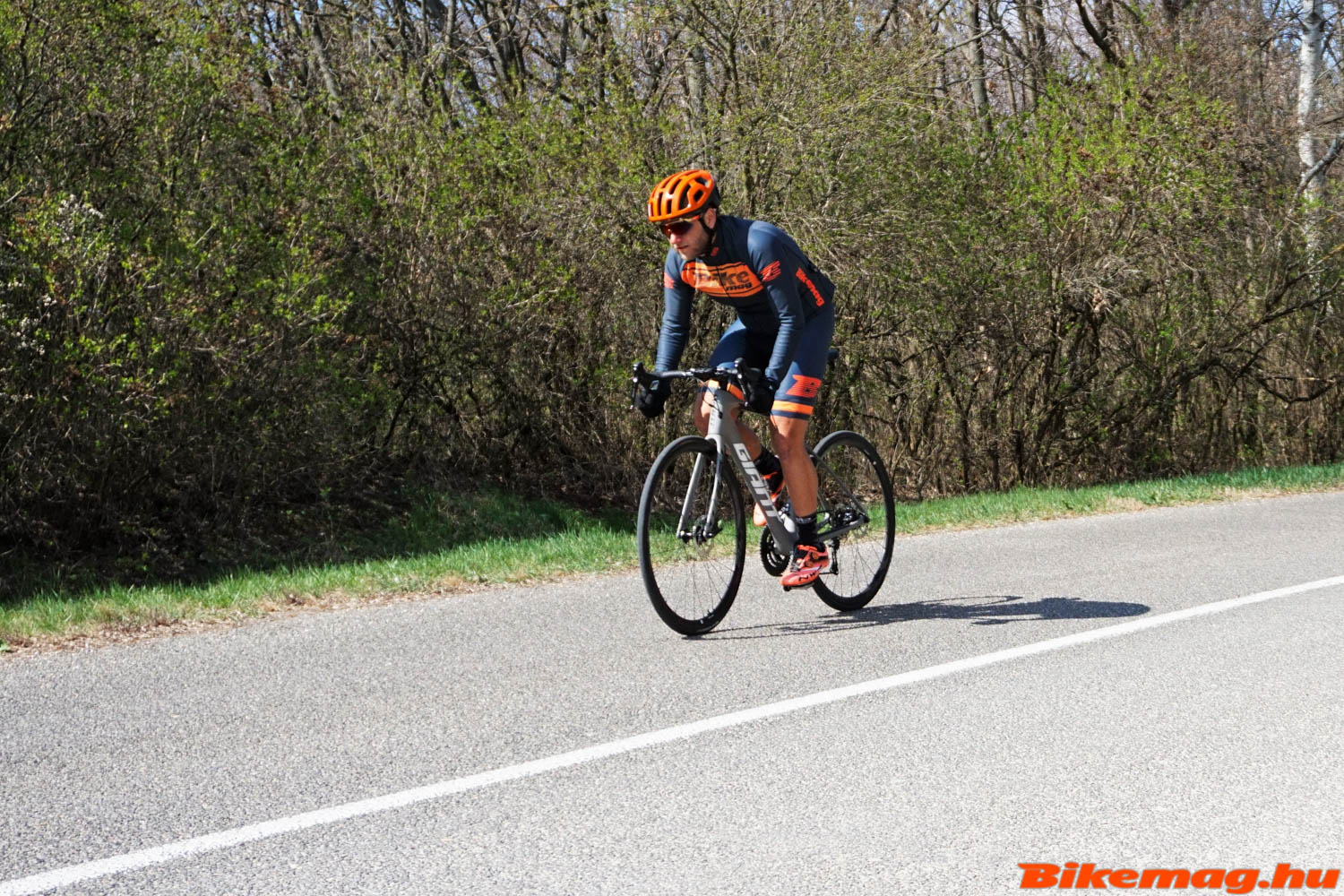 In the first few hundred meters I had trouble relating to the “endurance” attribute. The Giant Defy was stiff, stable with incredible acceleration. The frame certainly doesn’t twist or bend, it’s obviously designed for riders who enjoy going fast. Having put a fair number of kilometers into the Defy Advanced 2, my opinion hasn’t change a bit. Again and again I felt the same things: it’s not the lightest road bike on the market, but it more than makes up for this in drive stiffness and efficiency. If I push hard on the pedals, it accelerates at least as well as my performance-oriented road machine. Although the manufacturer says otherwise, I dare say that the Defy Advanced is appropriate for competitive riding – with the exception of the high mountains. But due to more laid back frame geometry, it’s not really suitable for the professional racing scene. Nevertheless, it would be an excellent choice for amateur road racers, endurance riders or those taking part in Gran Fondo competitions. It offers a handling character that are not as agile as pro road rigs, but neither as slow and unresponsive as touring bikes. It’s in a happy medium, and the handlebar can be lowered quite a bit for a low aerodynamic body position. The Defy Advanced 2 is truly the best of both worlds! 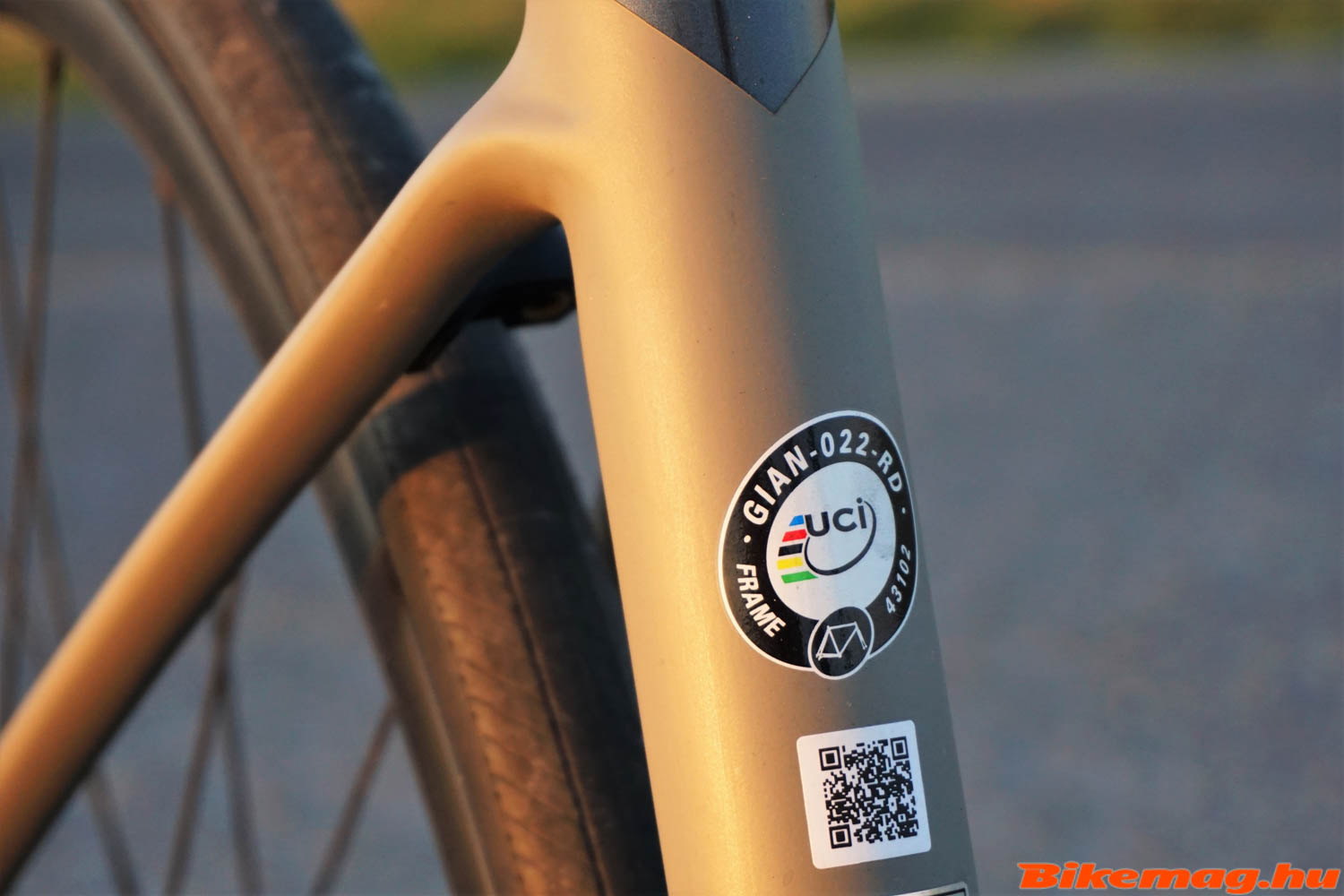 The frame is stiff which I truly enjoyed. However, it might be too unforgiving to some riders, especially on less than perfect road surface. Of course the excellent tubeless 28mm wide tires are there to soften the biggest impacts, and the D-Fuse seat post and handlebar are both great additions in this respect. But they can go only so far… so the Defy Advanced is best ridden on decent, smooth roads, despite the well-designed components, including the Giant-branded saddle, which might be the most comfortable model ever to come out from a bike brand! 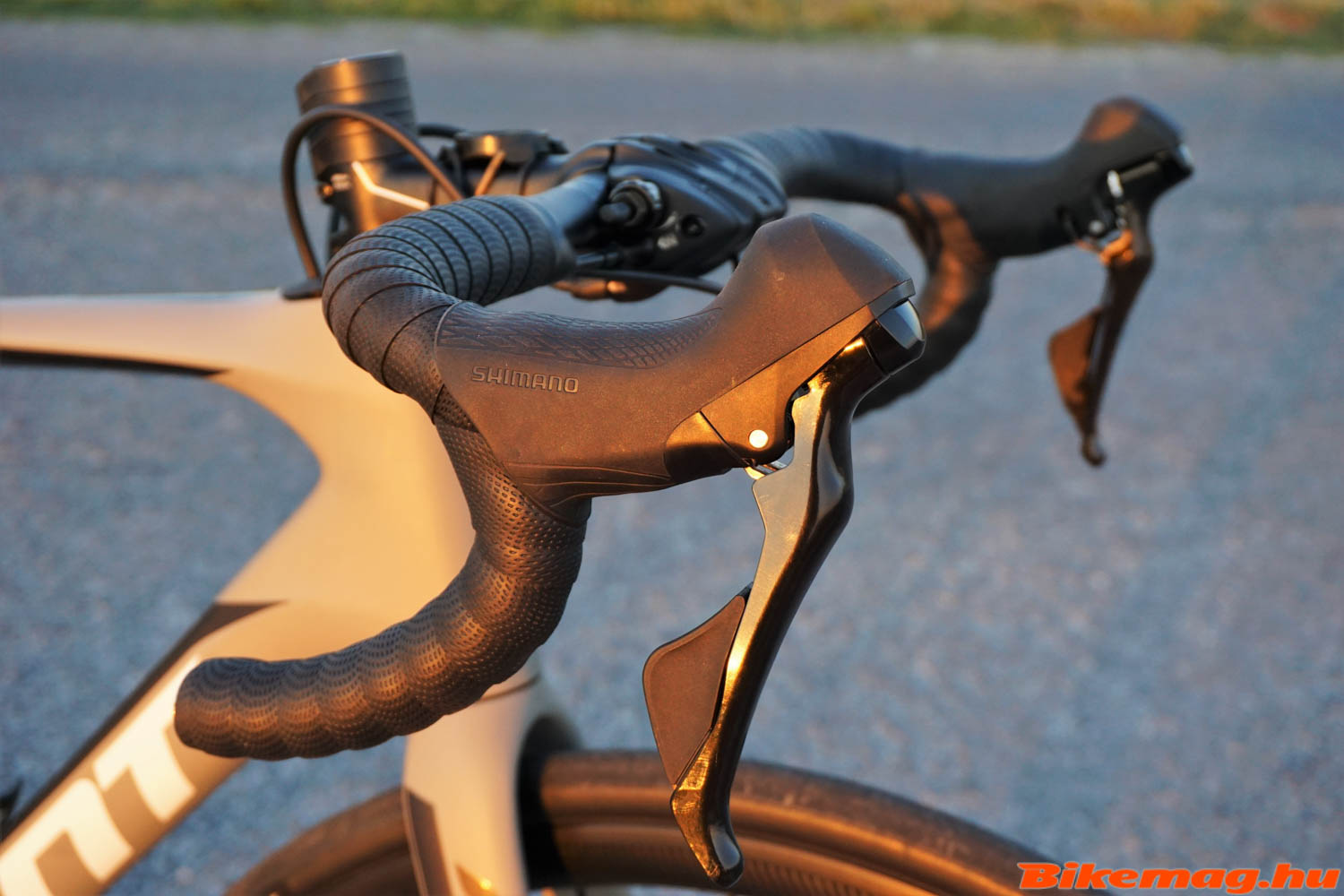 I also have to make some comments on shifting and braking. The 105 group set performs admirably despite the fully concealed cabling. I have to say that it’s the smoothest new 105 setup I have tried. I don’t know what Giant did to make the 105 shifter units perform better than other manufacturers, but it’s truly magic. The cable setup must be the reason, but it’s difficult to point to what has been done better than on other bikes. Braking – while providing adequate stopping – didn’t wind its way into my heart. It’s not the levers or the calipers that bugged me, but the converter. For one, it makes mounting a computer or a GPS unit quite awkward, and I like to have my device in front of me all the time. Moreover, the braking is all right, but it doesn’t come close to the excellent modulation and the breathtaking power of the dedicated Shimano hydraulic road disc systems. 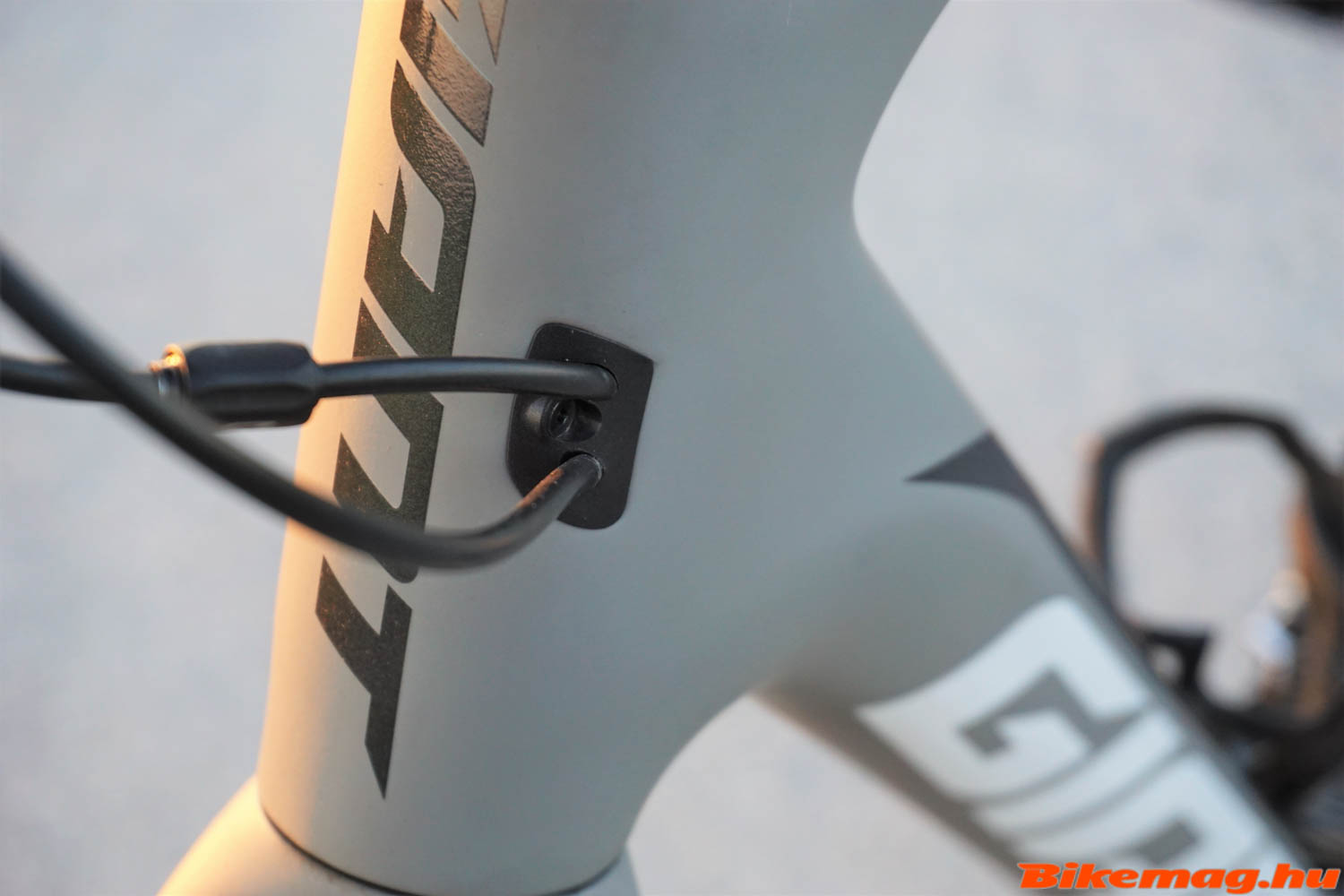 Who do I recommend the Defy Advanced 2?

Primarily for those, who’d like a road bike that is fast and responsive, but offers a frame geometry permitting a more relaxed body position. You could ride the Defy all day, and not lose any watts while pushing down on the pedals. Best of all, the world’s largest manufacturer of bikes has a reasonable pricing policy, which is something to be considered.

More information can be found on the distributor’s website.