Tacx 2019 – Better value smart trainers and even a spinning bike

We made a visit to the Tacx demo area at this year’s Eurobike exhibition to see the trainers and cycling accessories the renowned Dutch manufacturer has on offer for 2019. Due to the unusually early date for Eurobike, not all the next season novelties were available at the show, nonetheless, we had a chance to inspect the spacecraft-like NEO Bike as well as some innovative prototype smart trainers. Since then, all product development has been finalized, and three new smart trainers – the NEO 2, the Flux S and the Flux 2 – have been introduced to the market. These offer many more features and technical content than their successful predecessors, and last but not least, they will be offered at a more favorable price level! 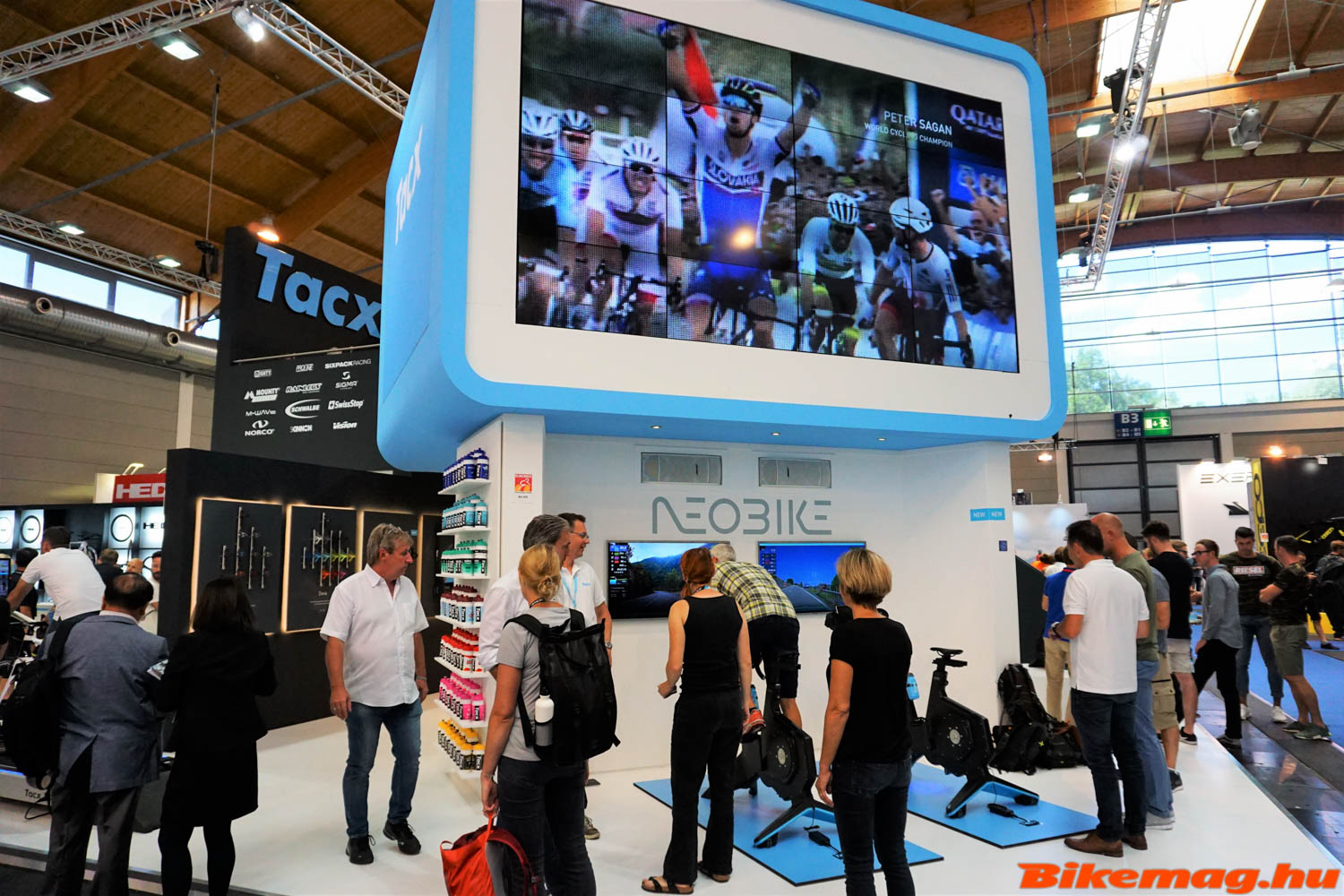 Generally three things come to the mind of the dedicated cyclist when they hear the Tacx brand name: a wide selection of bike trainers from entry level to the state of the art, top quality bottles and bottle cages used by the most prominent professional cycling teams, and of course their dedicated bike repair tools. As it’s almost winter time, we will focus on the trainer lineup, since they can assist in making use of the cold evenings and launch the cyclist into the spring for a successful new season of bike riding. 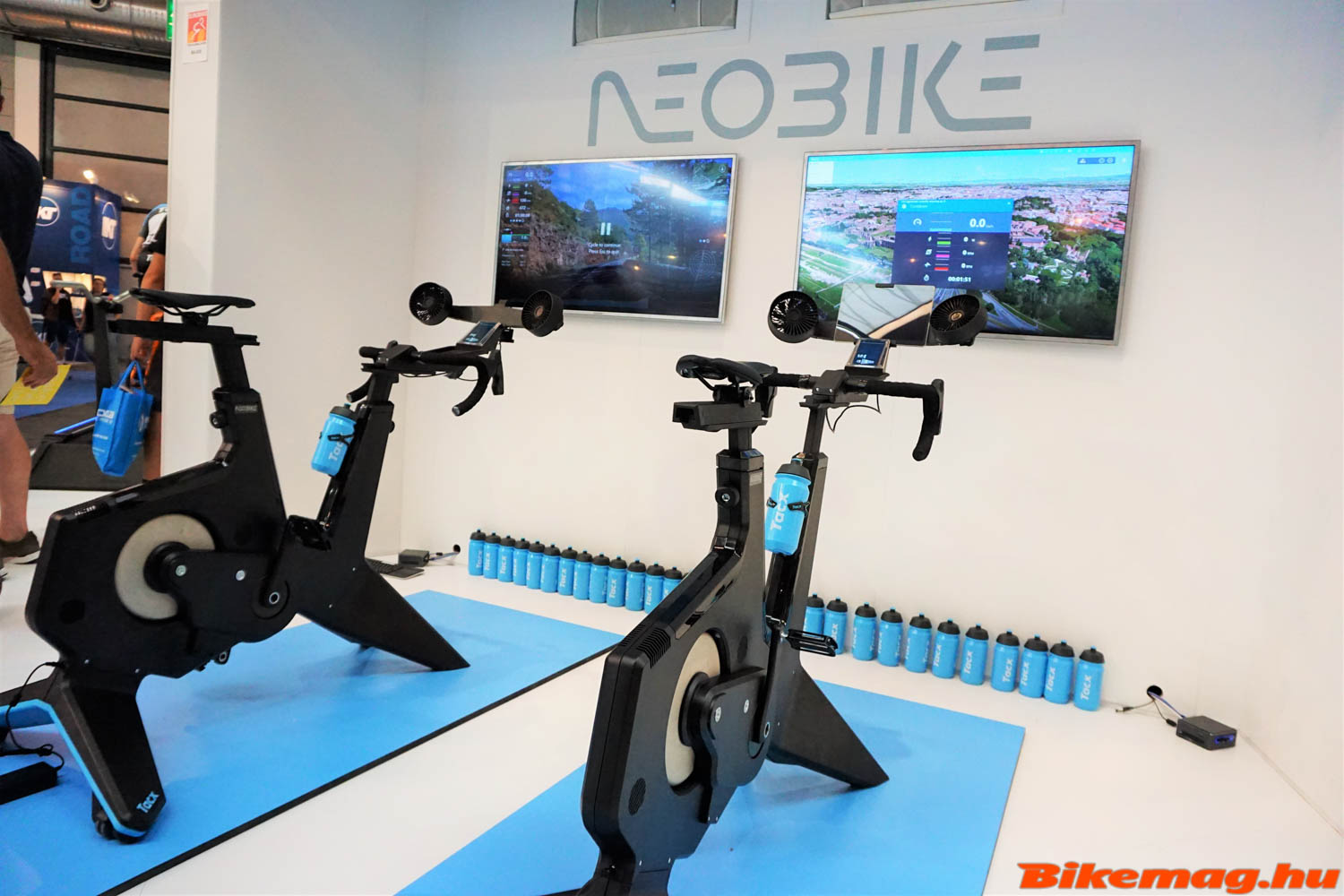 At this year’s Tacx booth, the most popular sight was undoubtedly the new gym-style spinning bike. There was a permanent circle of on-lookers around the entourage of futuristic Neo Bikes, some were always trying them, pedaling swiftly while watching the graphics on the computer screen. It was nearly impossible to take pictures of these spin-bikes on their own, with no rider or a crowd around them. 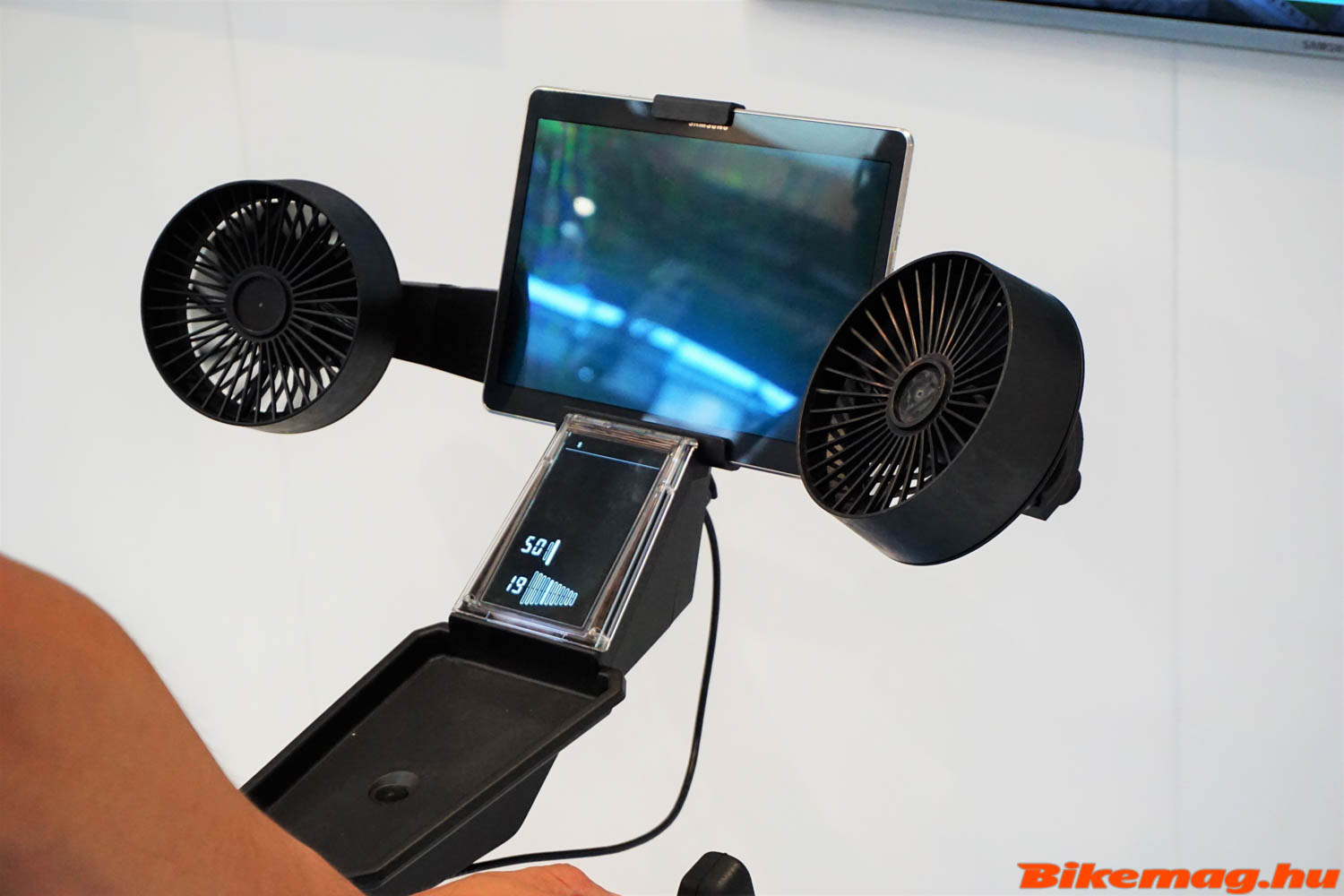 The concept of creating the NEO Bike was to transfer the high-tech features and advanced training functions of the NEO line of trainer to a more gym-oriented fitness device, a training machine which is intended to be used indoors at a set location. Come to think of it, this is not at all a bad idea! How much better to have a dedicated trainer standing in our living space, then to set up a turbo trainer with a dirty bike at the same place. The former can be an elegant piece of furnishing in the living room, while the latter may cause much friction within the family. 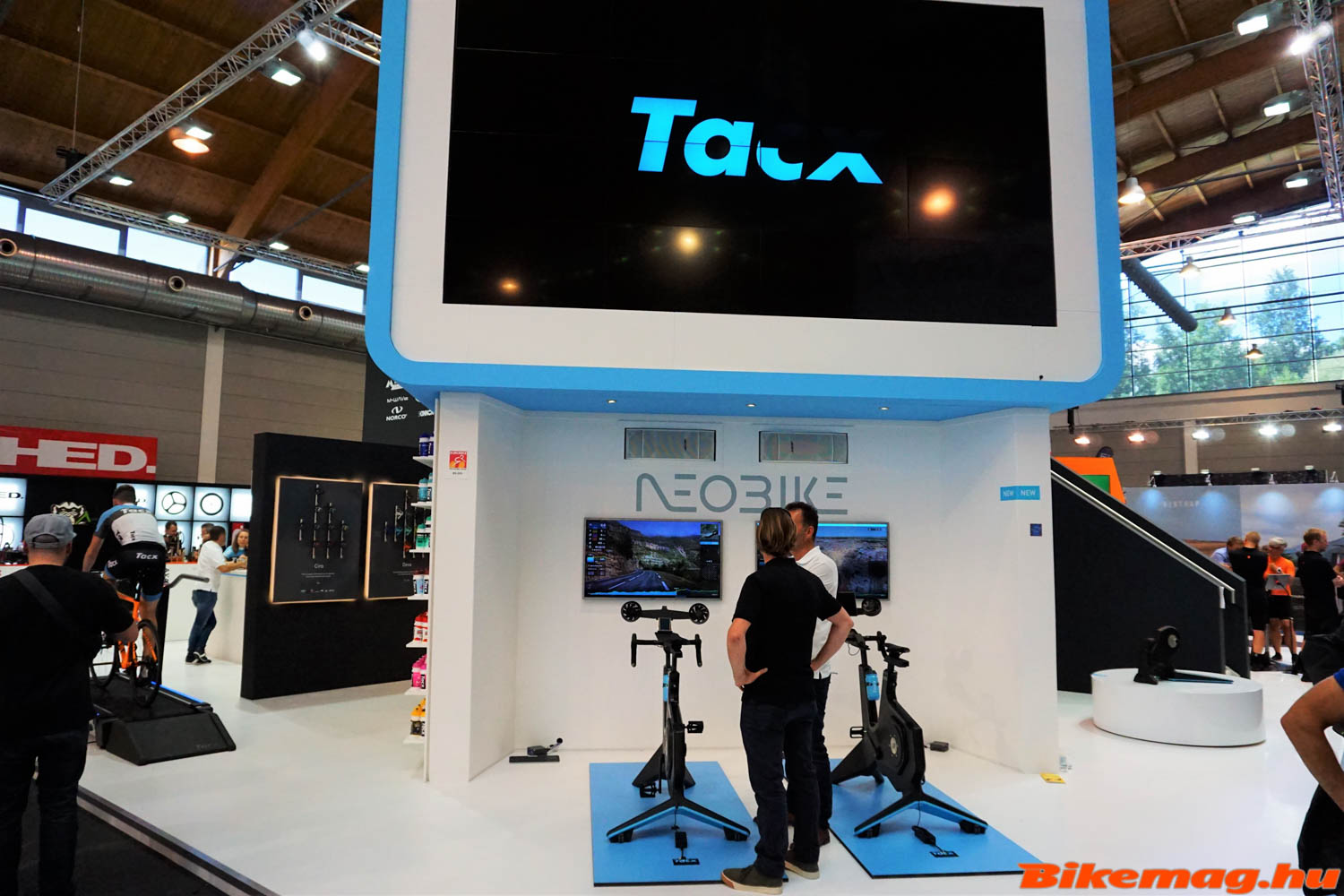 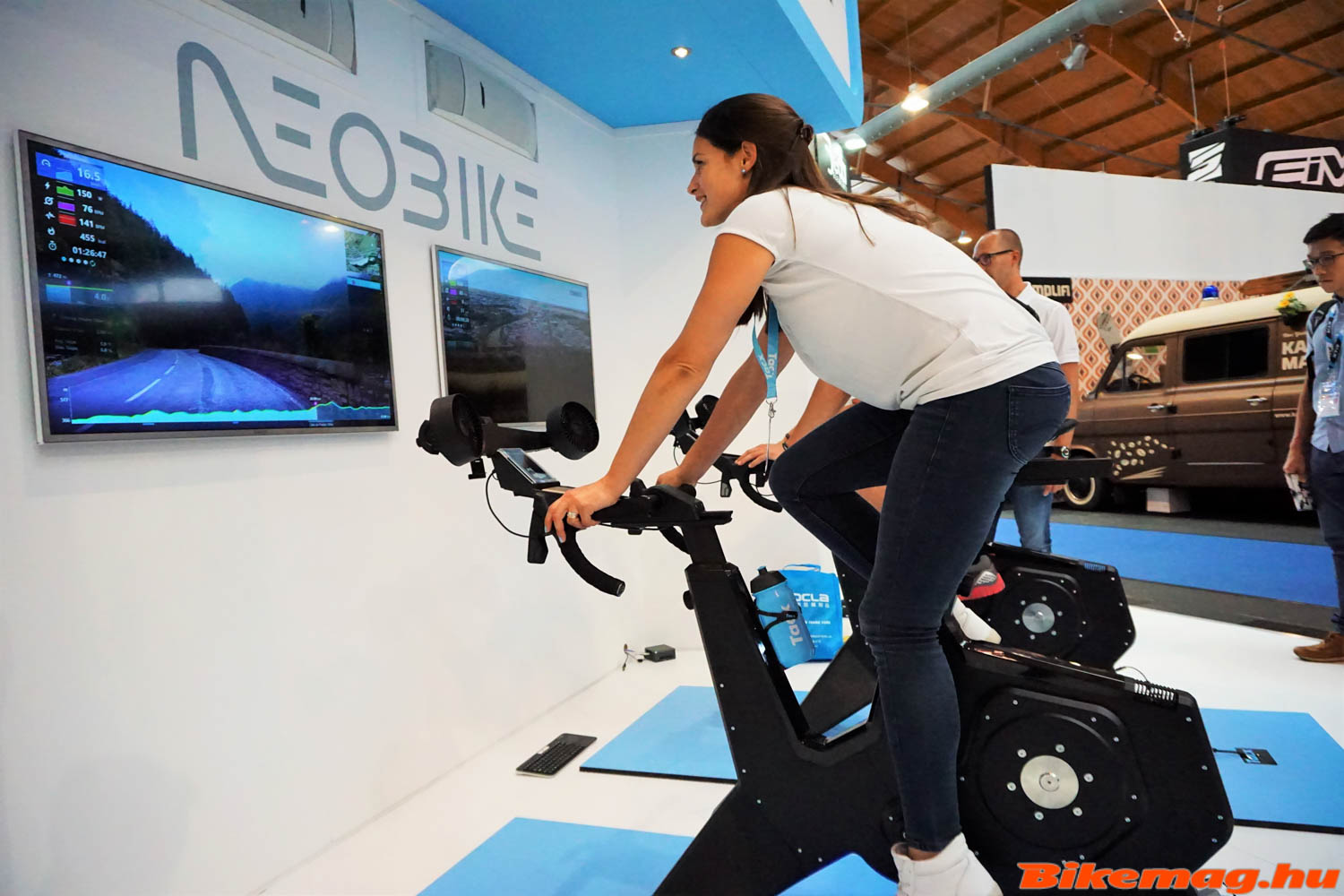 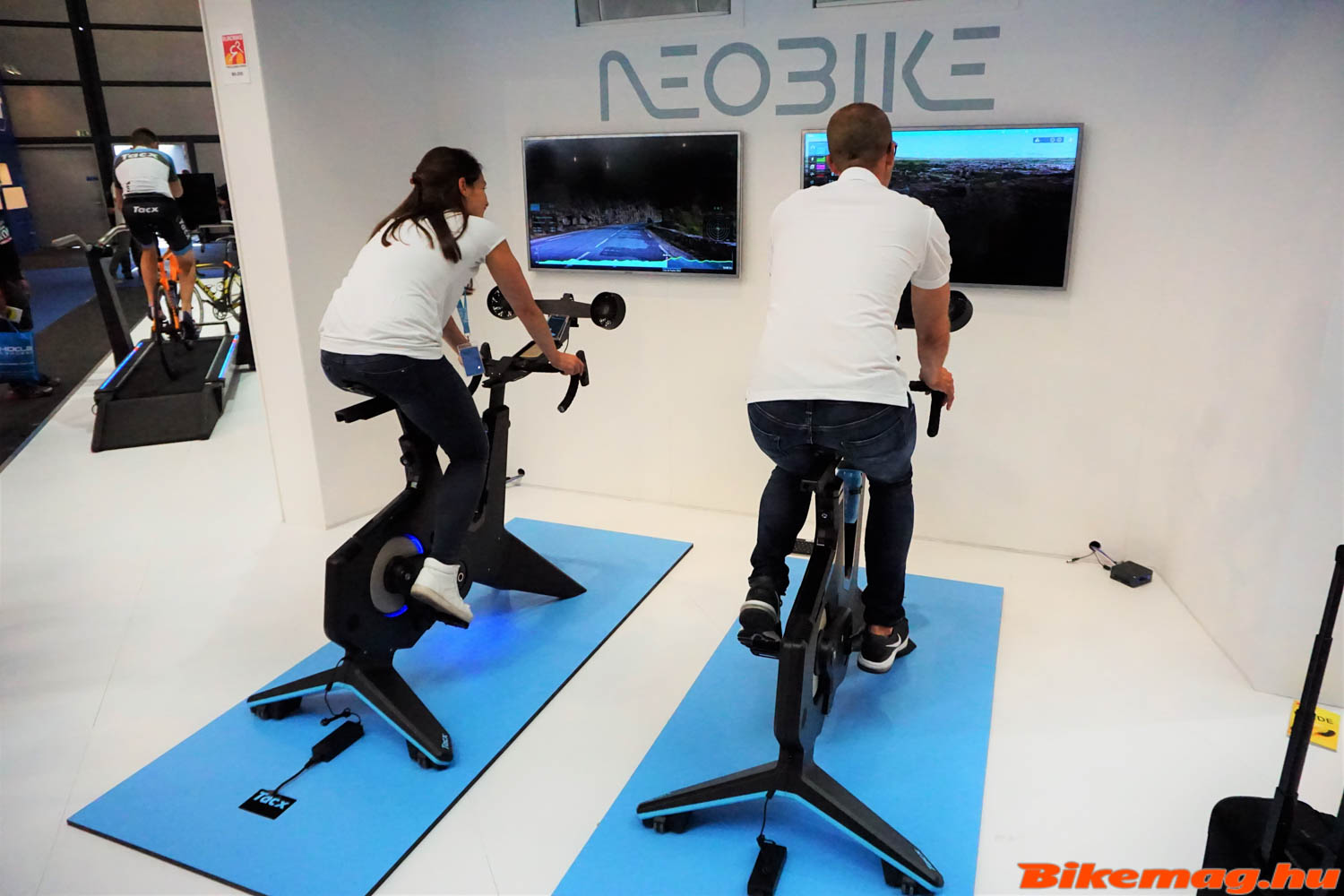 Concerning its technical parameters, the NEO Bike is more or less identical to the advanced NEO trainer line. Merely the formula of a “turbo trainer” plus a bike setup is transposed into a high-tech home gym fitness device. It is equipped with everything we need for bike training, such as a mobile phone holder and two fans: the latter – apart from cooling the rider – can also simulate the wind speed we experience while out riding. If this function is not needed, the fans can be set to constant speed. We find two conspicuous displays on the handlebar: a smaller one showing the most important data, while a larger display can run the ride simulation. Of course, one can also use a computer screen of a TV for the virtual ride. 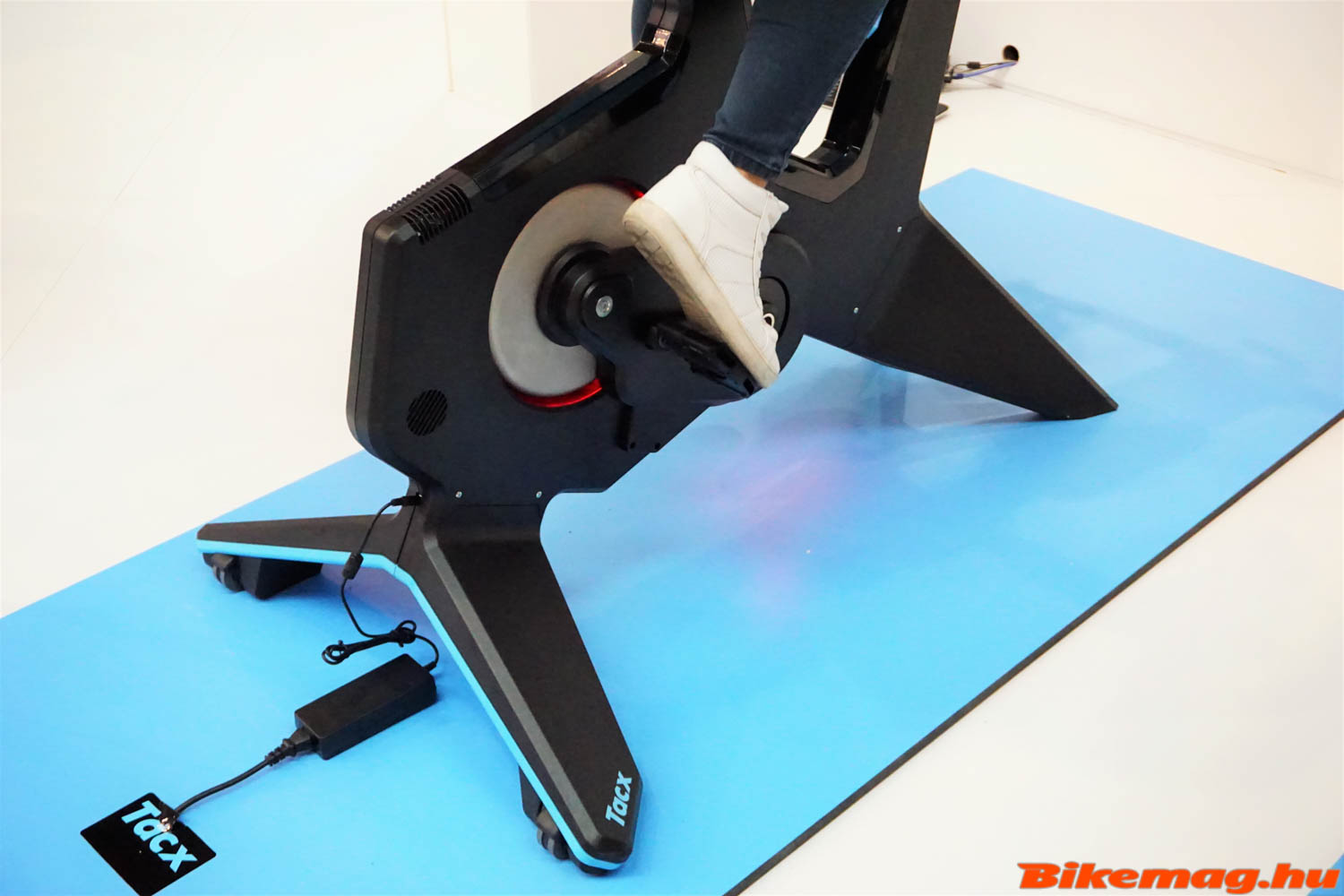 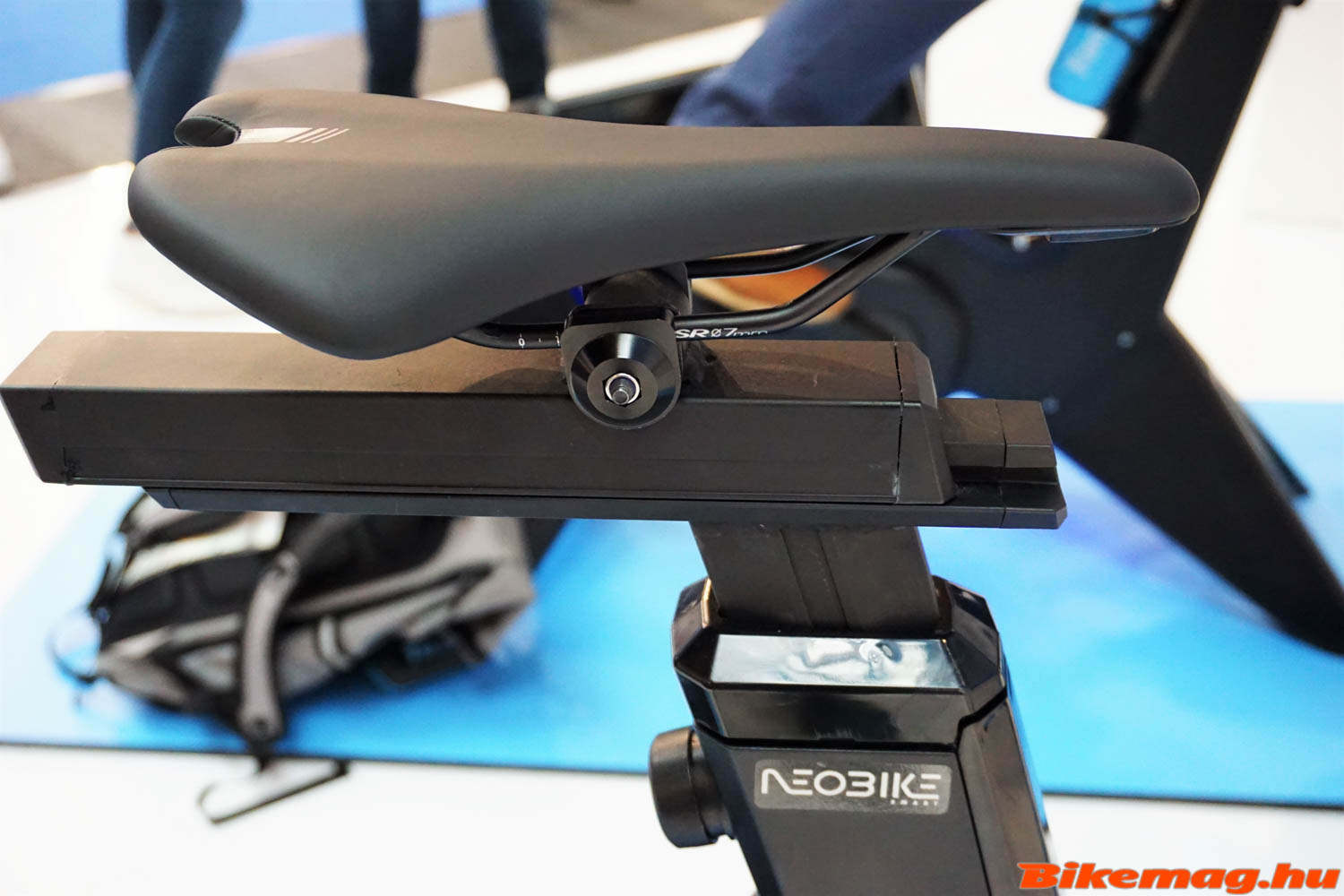 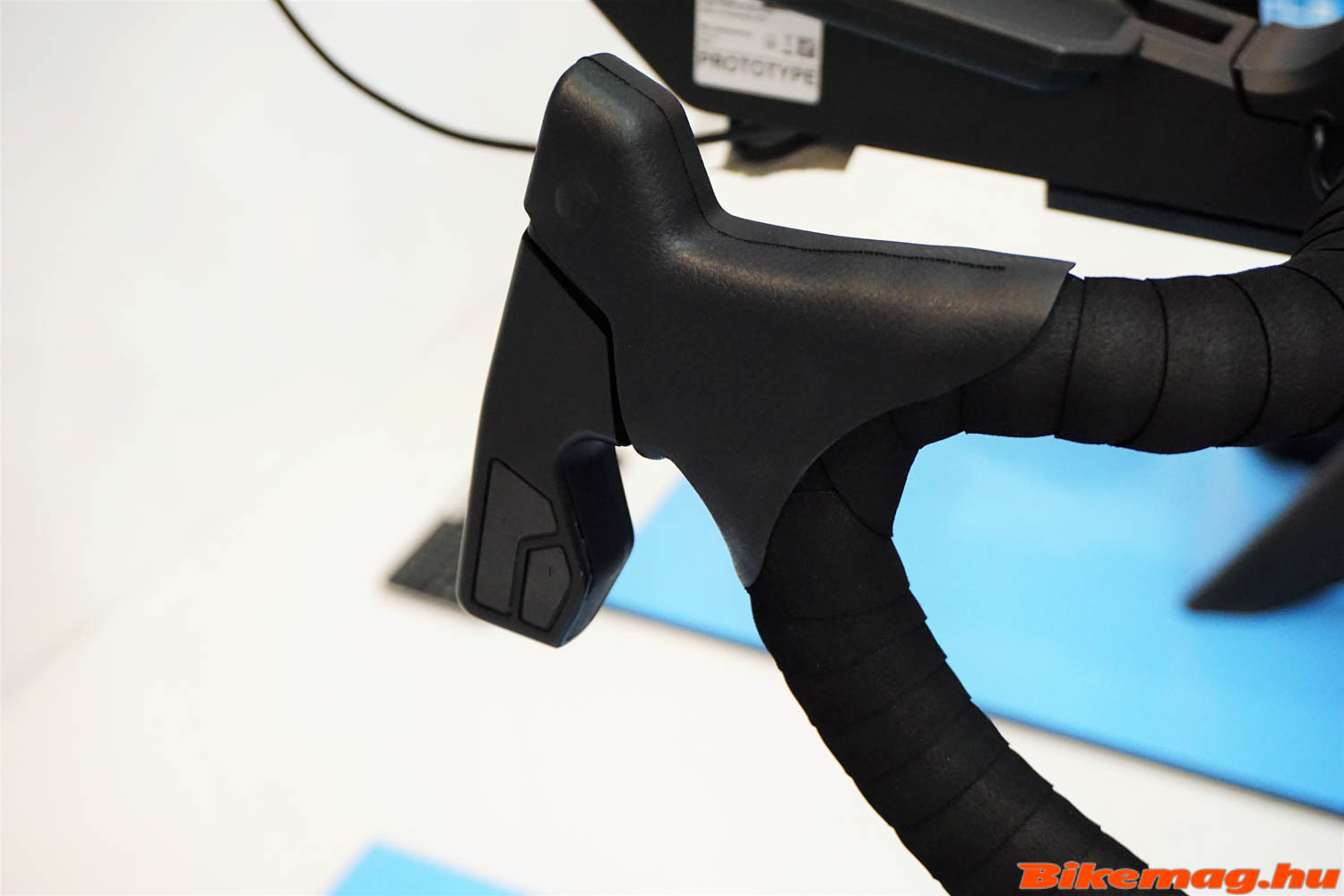 The NEO Bike aims to simulate a true cycling experience, so it’s equipped with a handlebar and saddle similar to those found on conventional road bikes. The “dummy” brake lever is a personal favorite of mine, much reminiscent of a modern electronic shifter. 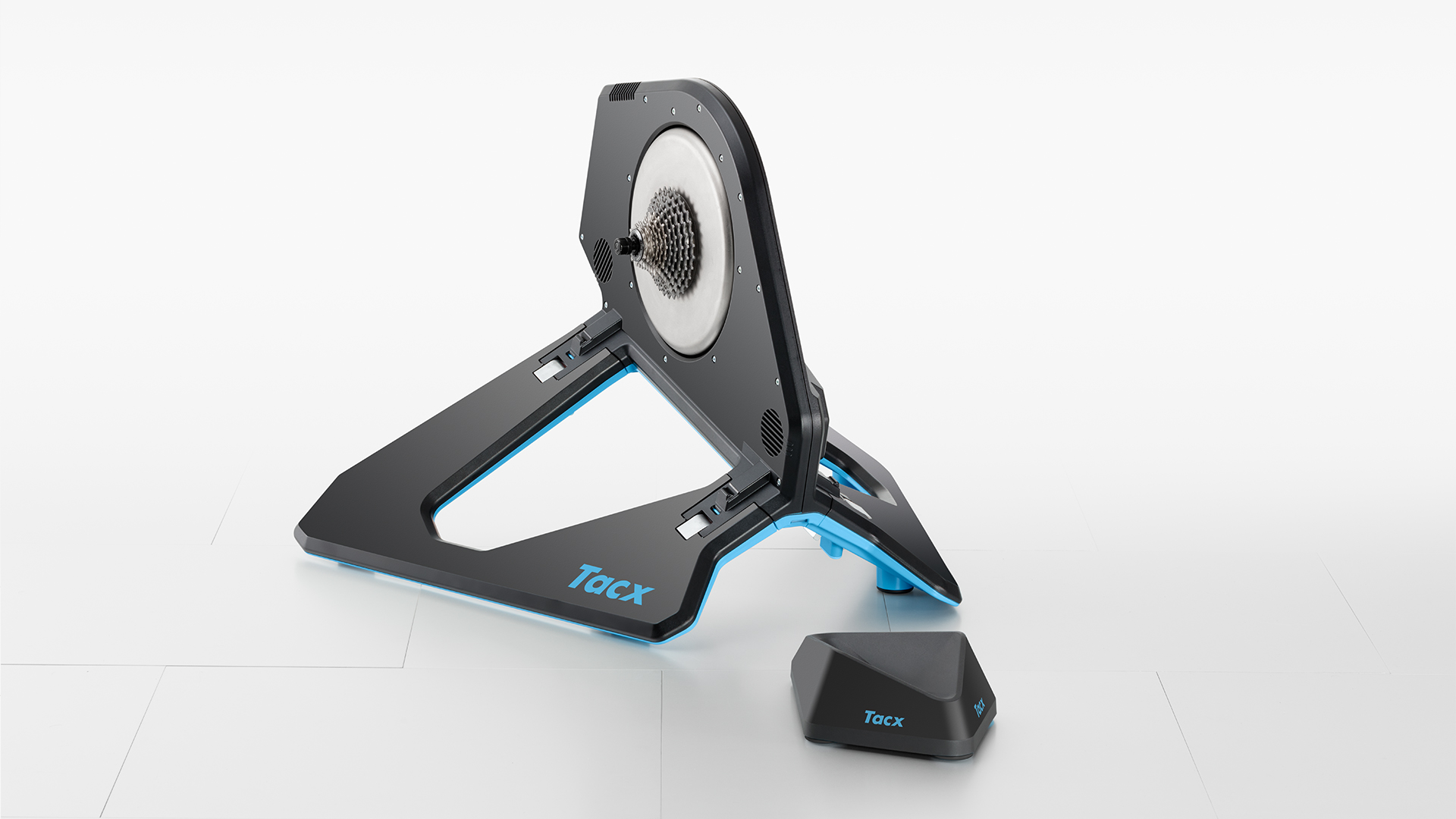 Let’s move on to the turbo trainers which Tacx is so renowned for. 2019 will see the launch of the NEO 2 replacing the venerable NEO. The NEO 2 has a lot of new high-tech features which will make it a future-proof investment. Performance parameters will not change, the Neo 2 provides a whooping 2200W resistance, which can simulate up to a nearly impossible 25% gradient. In addition, power measurement accuracy is within +/-1%. How come there is no improvement in the new model? – one may ask. Well it was probably quite impossible and futile for Tacx to improve on a turbo trainer which combines the strength of an atom bomb with the precision of an atomic clock! 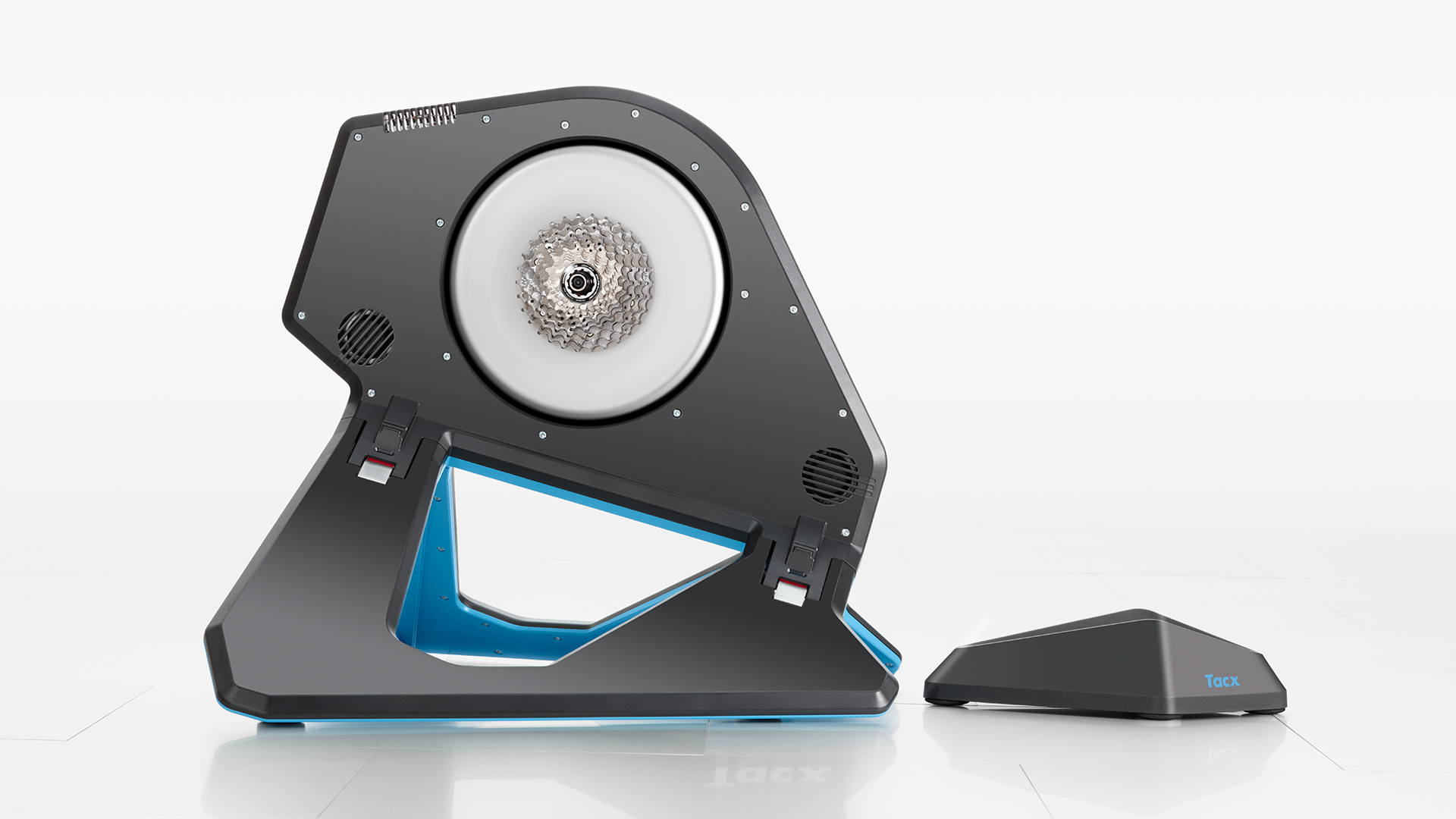 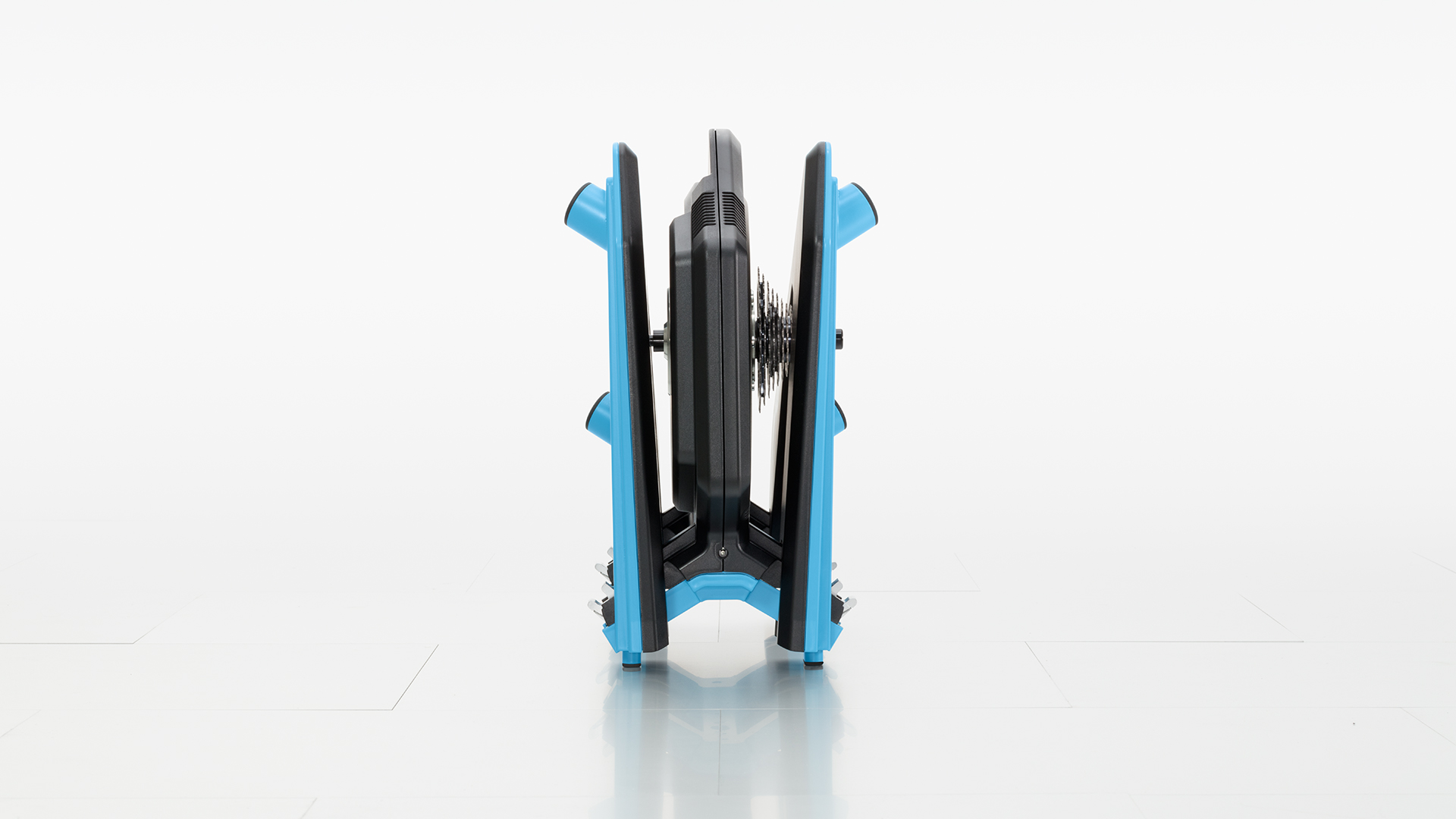 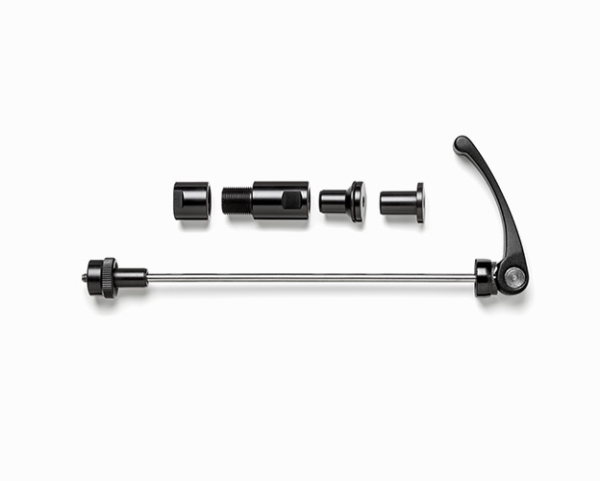 On the other hand the user gets a whole set of new functions and features, such as advanced pedaling analytics, separate right and left leg power measurement, and more precision for cadence measurement thanks to faster data transmission. Concerning the electronic engineering within, the NEO 2 is said to be significantly faster compared to NEO. There is a new CPU and a much expanded memory in order to improve reaction time in virtual riding simulations and controlling resistance in ERG mode. In addition, the NEO 2 offers faster communication with other devices, which is especially important when cadence information is used in simulations. Due to the multitude of wheel axle systems on the market, the new trainer will be shipped with a complete set of thru-axle wheel adapters (12 × 142 and 12 × 148). This used to be an optional purchase for the previous NEO smart trainer. 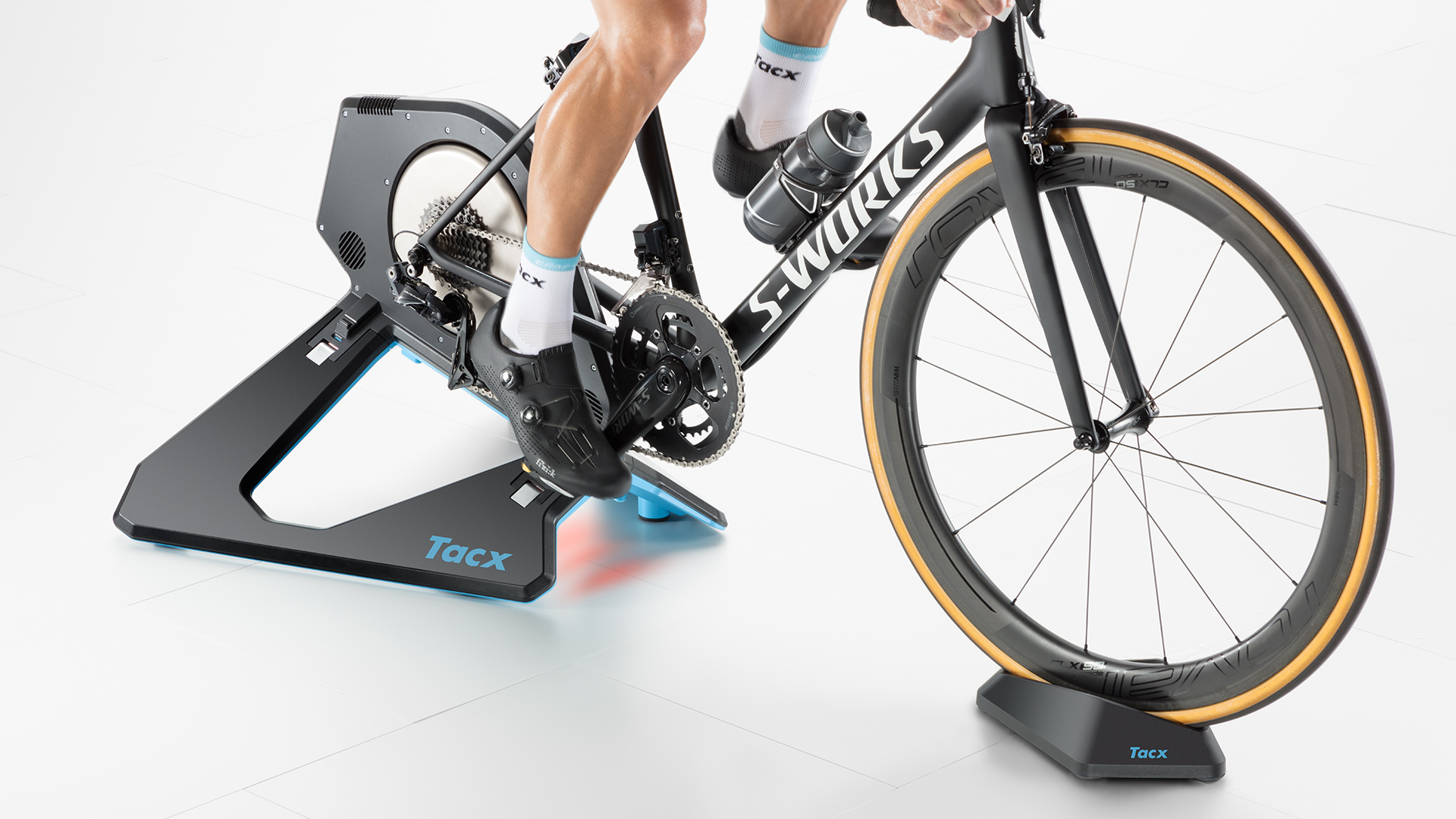 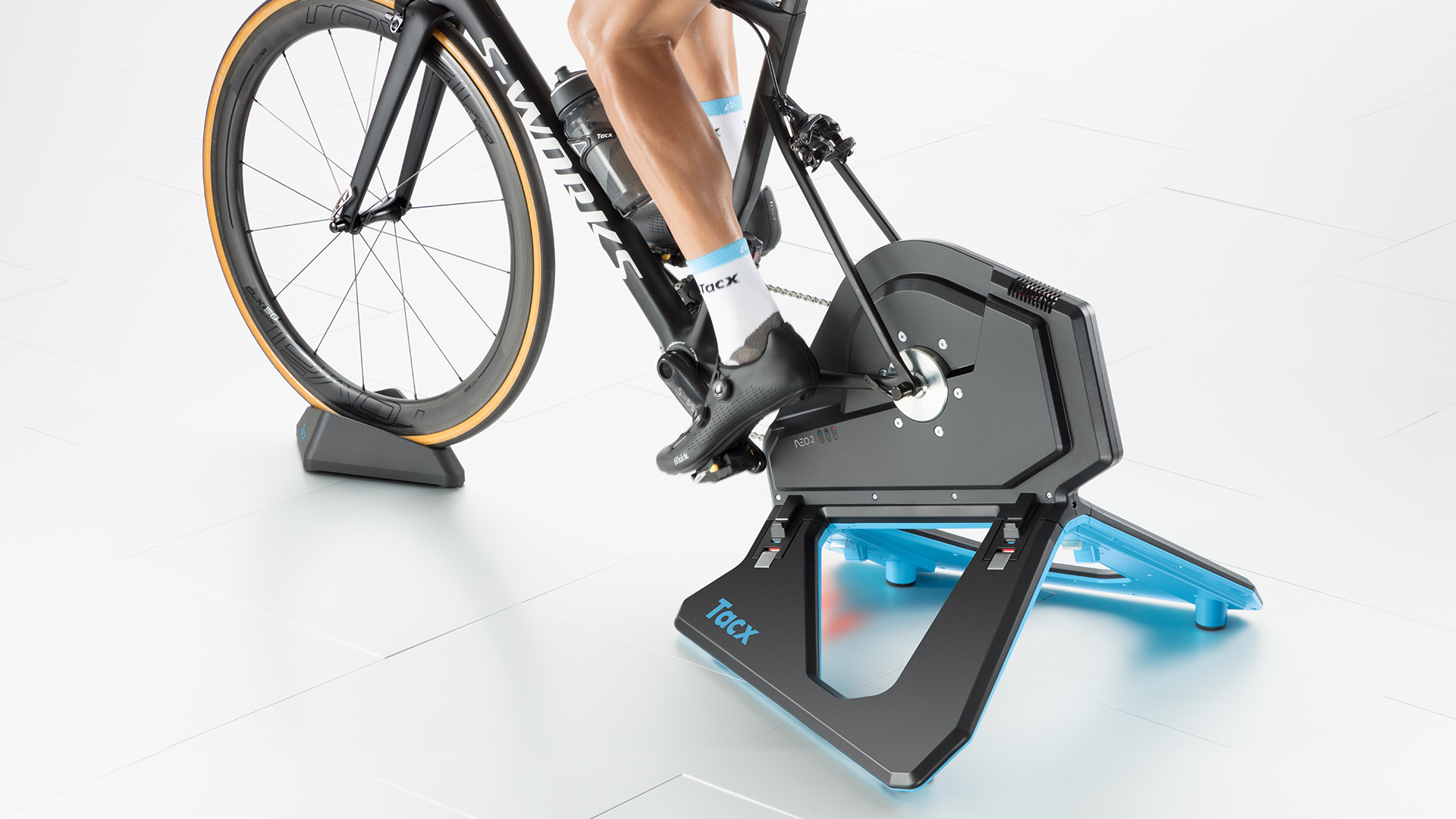 These advancements left the original NEO concept in tact, which made this Tacx cycling trainer one of the most esteemed on the market. The Dutch brand designed its top-of-the-line model to bring the outdoor cycling experience indoors, in part by replacing the usual flywheel with a motor that can create resistance as well as assistance to order to simulate the terrain and the gradient. So if you are riding a virtual uphill, the NEO will add the appropriate amount of resistance, once the simulated road slopes down, the motor will actually assist pedaling. This makes riding the NEO 2 a truly life-like experience, it’s just like if you were cycling outside. 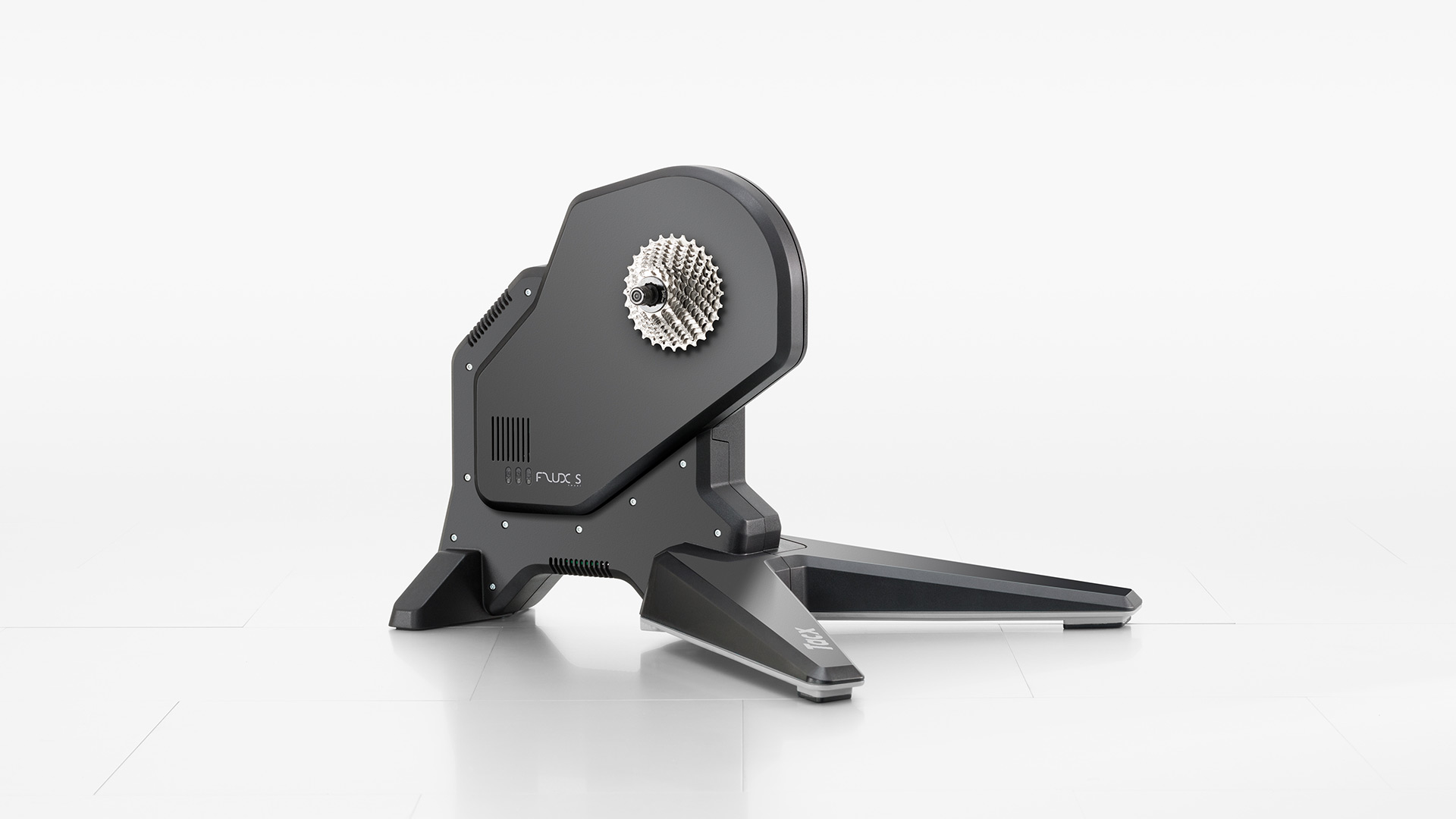 The highly successful Tacx Flux trainer model will be discontinued for 2019, it’ll be replaced by two new models, the Flux S and the Flux 2. While it was an excellent direct drive trainer, the Flux unfortunately had some annoying minor bugs, such as the long-cage derailed rubbing against the trainer’s plastic housing, as well as the drive belt shifting out of its place and wearing away the housing from the inside. The new Flux generation is completely free of such anomalies.

The Flux S and the Flux 2 are almost identical in appearance, only the bottom part of the housing show a different shade of color. The inside, it’s a complete different story. The Flux S employs the same technology as its predecessor, except that it can also be ridden without the internal drive, functioning as a normal turbo trainer without power supply for a pre-race warm up. It provides a maximum of 1500W resistance supported by a 6.7kg flywheel, which translates into climbing a 10% uphill gradient with a quite smooth pedal stroke. Power measurement error is a more than acceptable +/-3%. In addition to eliminating the bugs mentioned, the best new feature of the Flux S is the lower price: it will be sold on the international market nearly 20% cheaper than its predecessor, but in Hungary the domestic distributor promised to drop the price by another 10%, making it 30% cheaper than the much loved original Flux model. 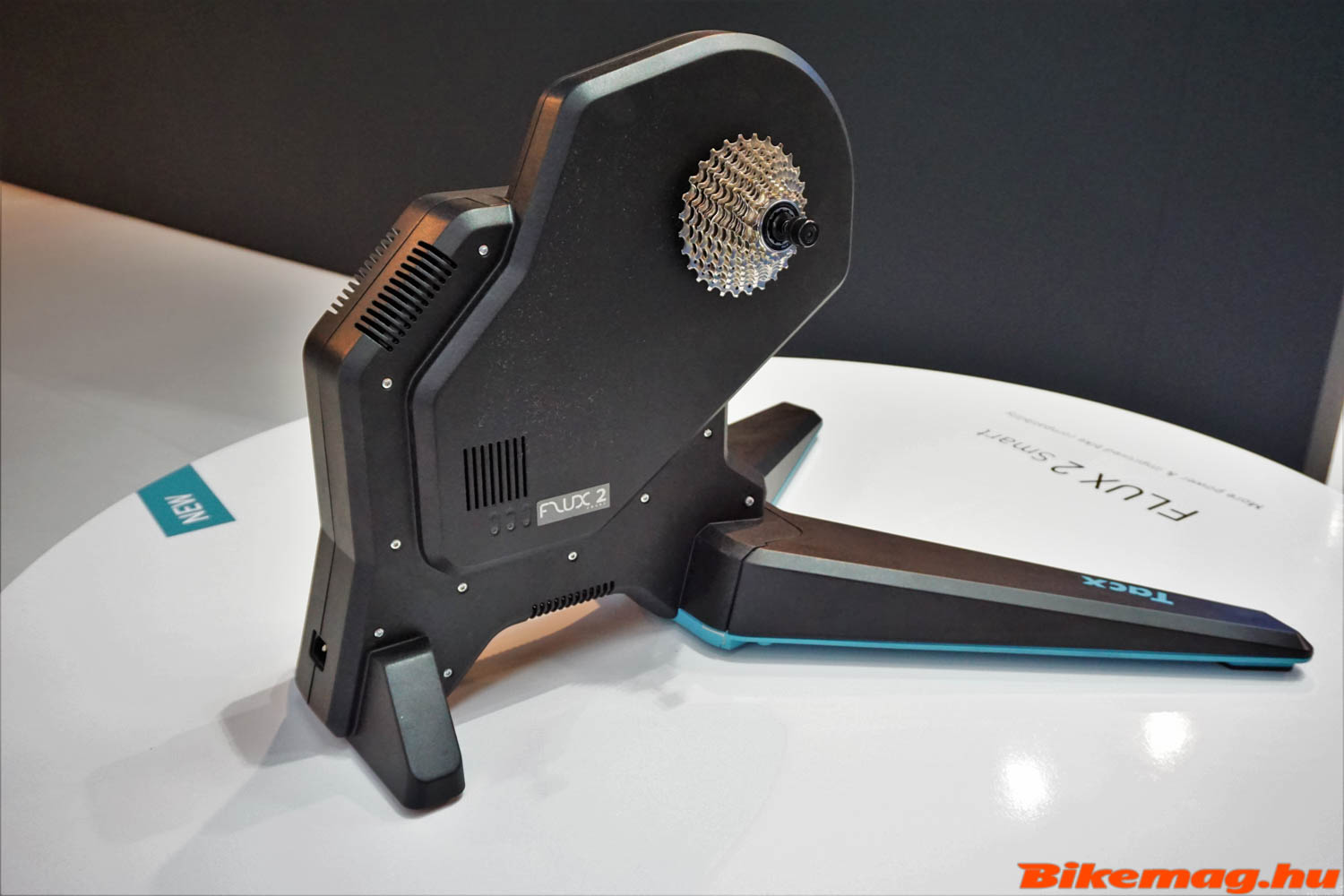 The Flux 2 is significantly beefier inside than the Flux S, capable of offering a full 2000W resistance, which allows the realistic simulation of a 16% leg-crunching gradient. Its measurement accuracy is within 2.5%, and this trainer uses a slightly heavier (7.6kg) flywheel for smoother pedaling feel. It will be a little cheaper than the old Flux, but it’s capabilities are far beyond that. We might say that the Flux 2 could pose a serious threat for the NEO 2’s supremacy, the latter still has the advantage of the electric motor drive, a technology that is truly a game changer in simulating the gradients in virtual riding conditions. 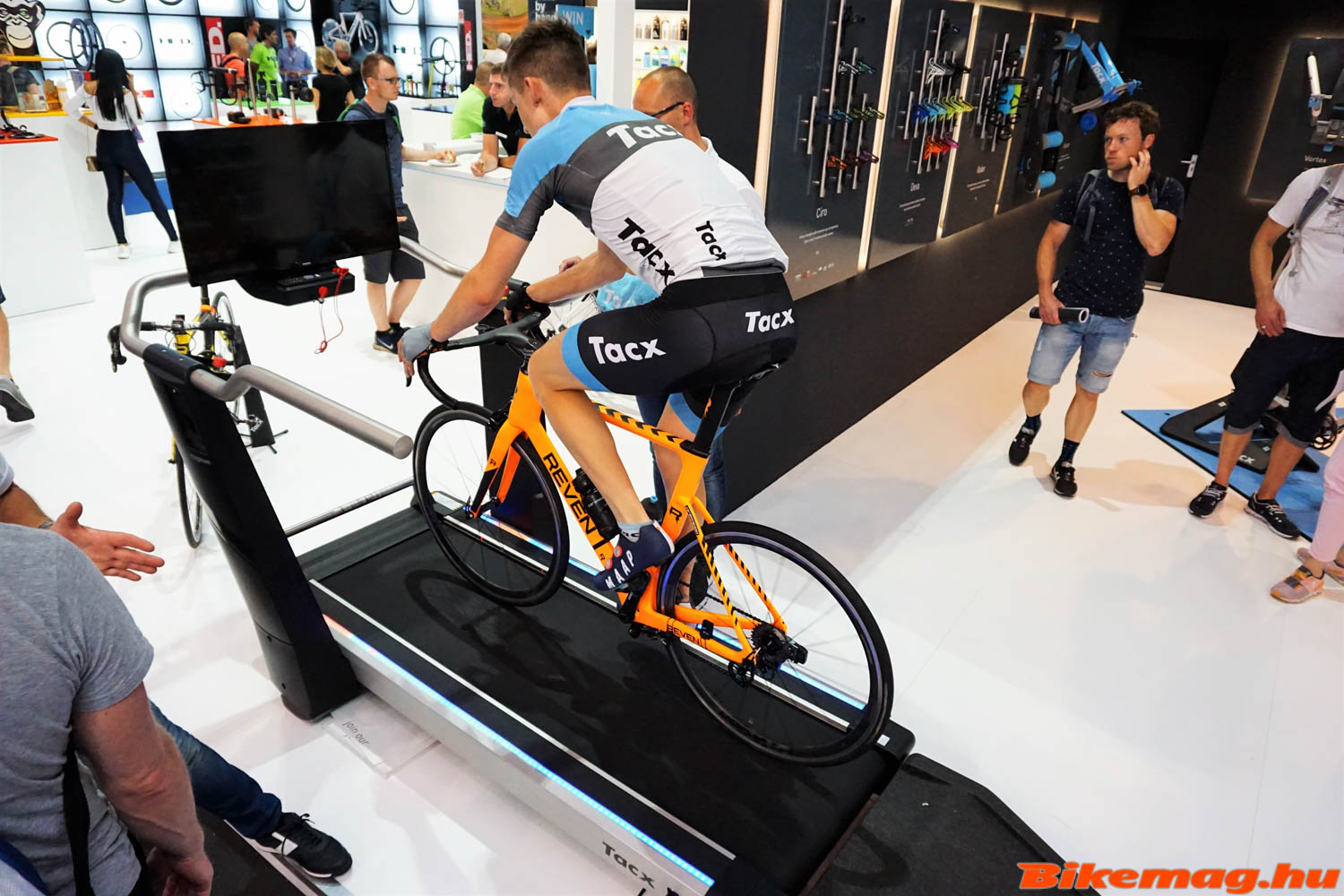 The treadmill-style Magnum roller also received a lot of attention at the show! 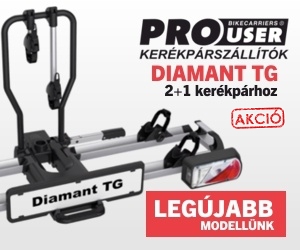