Up until now, most XTR generations seemed half-baked at first, often remarking: “I’ll have to get used to it”. Not so much the performance or the operation but the design. At first we often made overly strong criticisms, then the design managed to burn it in our retina, and finally got accepted and apriciated. Then the next generation came along with evoking the same thoughts… It’s hard to argue about aesthetics as beauty is in the eye of the beholder. The chain of events had to break one day: this latest iteration representing the pinnacle of bike component technology knocked my socks off, I instantly fell in love with the new 12-speed M-9100! 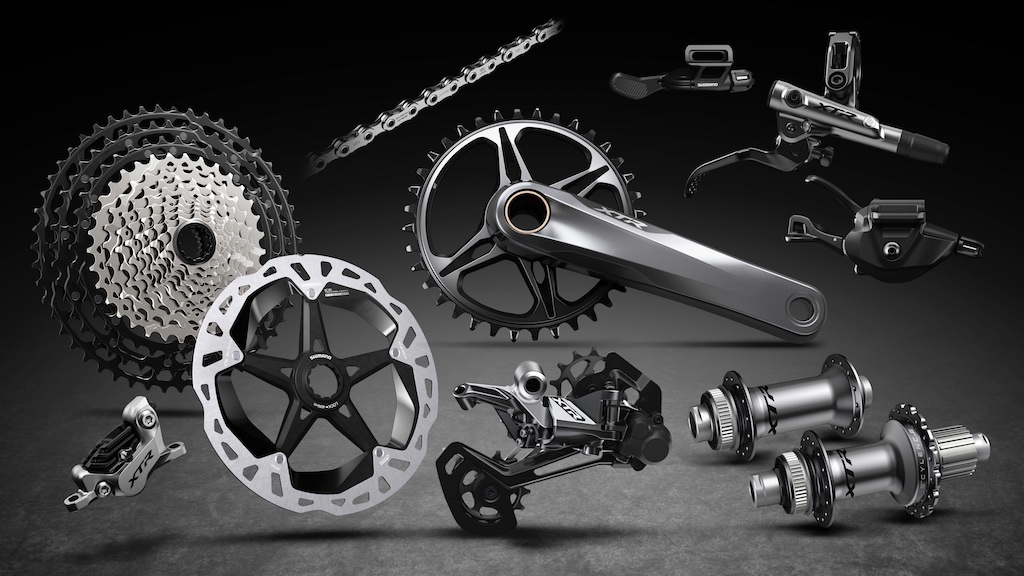 Let’s admit it, the previous two generations of XTR components can hardly be called revolutionary. On the other hand, the M-9100 is clearly a milestone in more than one respect. Many of you will remark in the comment section that Shimano is simply copying what SRAM has already introduced to the market. True in a sense, but the Japanese not merely copy, but rethink and refine until perfection is achieved, just like crafting a supremely forged and honed katana. And I wouldn’t be in the place of the competition, as a Samurai sword smites from above!

Shimano was not the first brand to manufacture disc brakes, but today the brand name is the synonym for perfect hydraulic brake systems an all price levels. And Shimano was far from producing the first mid-drive ebike motor unit, but these days the E8000 is considered the gold standard in the pedelec technology. Neither was Shimano the first to introduce a 11-speed road component set, but nowdays the competitors have a tough time matching the shifting and drive performance of the “blue giant”. 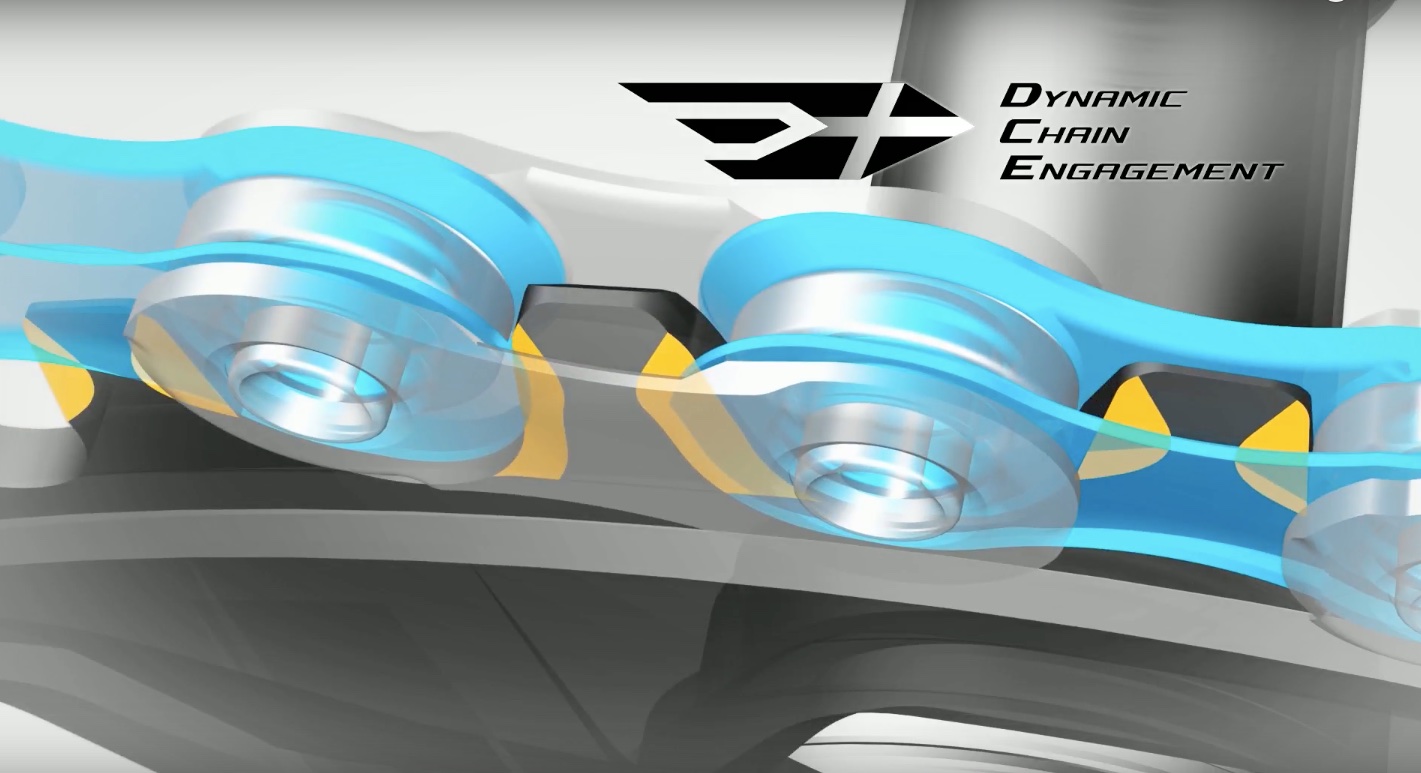 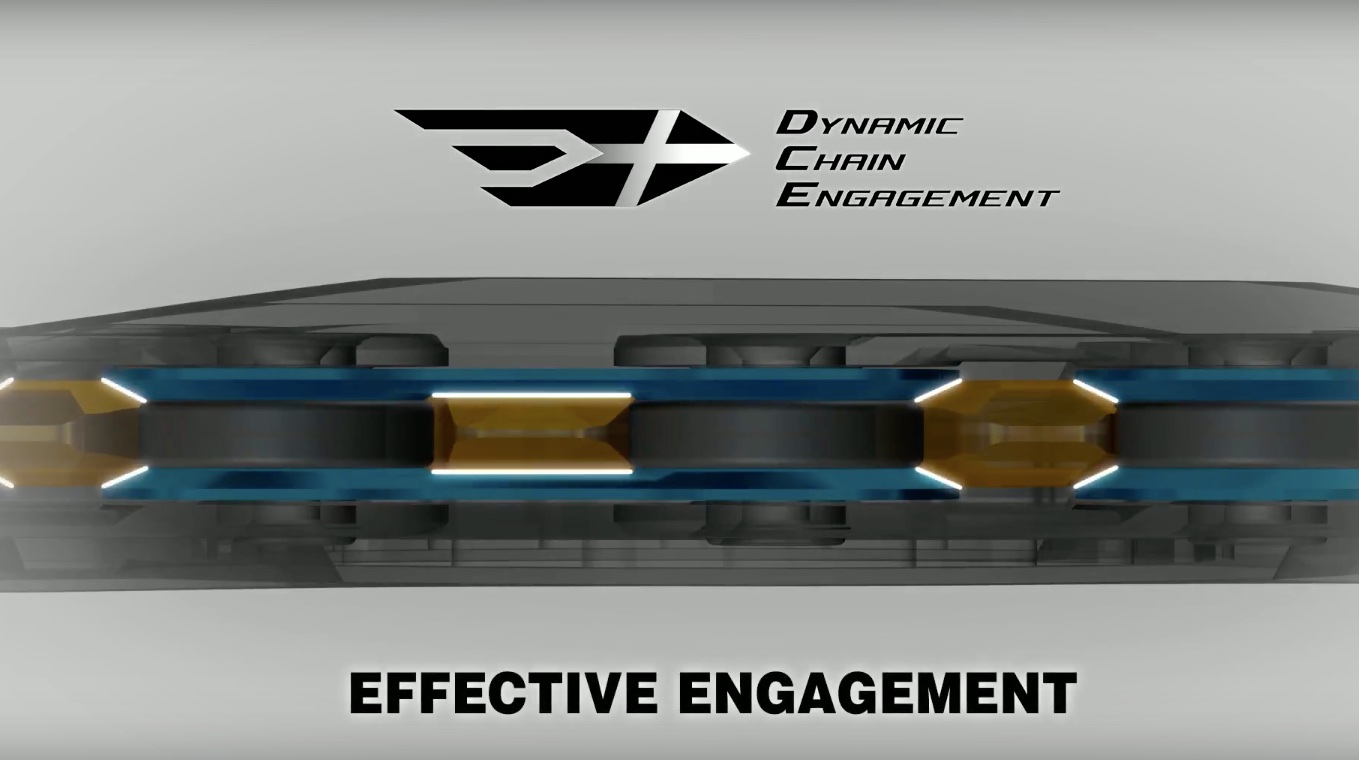 And yes, Shimano was not the first brand to introduce a 12-speed shifting system to the market, nevertheless the Japanese have a very good chance to write history with the M-9100. And unlike the main competitor’s group set, the new XTR will be available in 1×12 or 2×12 gearing configuration. No doubt dozens of patents were needed to develop these parts to achieve such a supreme level of refinement. Let’s take the crank set as an example: the chain wheel can be removed with ease thanks to the Direct Mount attachment, and the left arm has a similar attachment as the industry classic mechanism found in the M-970. Both are long-standing Shimano patents. The tooth shapes found on the cogs bear the “Dynamic Chain Engagement” name — another patent –, and these are specially designed to work with Shimano’s newly developed Quick Link chain! (That why we had to wait so long for practical chain servicing!) 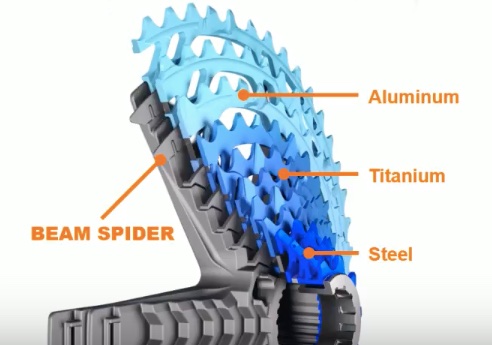 The most interesting part of the group set is the single chaining drive system. Again far from being the first on the market with such a drive system, but the system is now as perfect as it can be. Due to the width of the 12 cogs, the hub cassette body had to be redesigned. To kill two birds with one throw, Shimano took the bold step to introduce a new system for the cassette attachment called Micro Spline. It is an interesting development with a completely new ribbing and body diameter. We are curious about the durability of the largest cogs made from aluminum instead of titanium found on the previous generations cassettes, but it’s the part of the system that is replaceable. There are five titanium cogs underneath the three aluminum ones, and the bottom four are made from hardened steel. The gearing choice will be 10-45 and 10-51T for the time being. Another interesting feature is the backward compatibility of the Micro Spline system. Shimano will produce a 11-speed cog set (code number CS-M9110) with a 10-45T configuration to allow mountain bikers the possibility of fitting a 10 tooth cog without upgrading to a full 12-speed system. 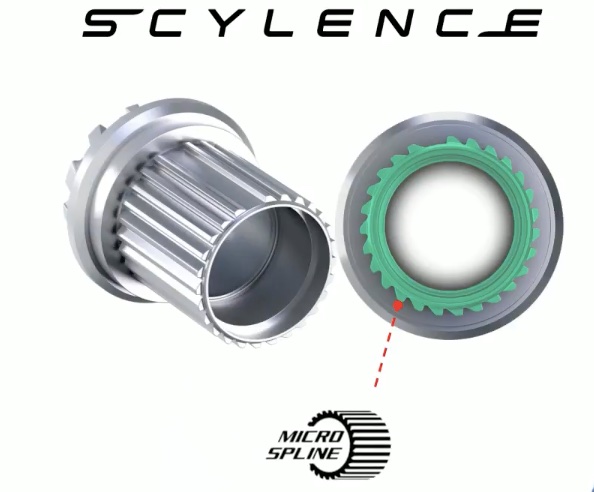 On the other hand you will not be able to get QR versions of the new the hubs, so the frame and fork have to be modern thru-axle compatible for any of these upgrades. The front axle will be available with a 15mm axle in 100 and 110mm (Boost) versions, the rear will take standard 142 and 148 mm widths of 12mm thru-axes. The freewheel engagement has also changed for the new XTR hub: at first glance it looks as though the DT Ratchet system was married to the traditional claw mechanism: so we are very curious how these new SCYLENCE “drums” will perform and sound. 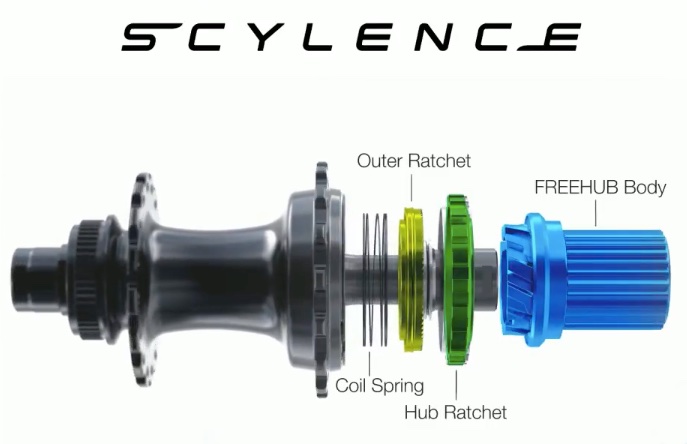 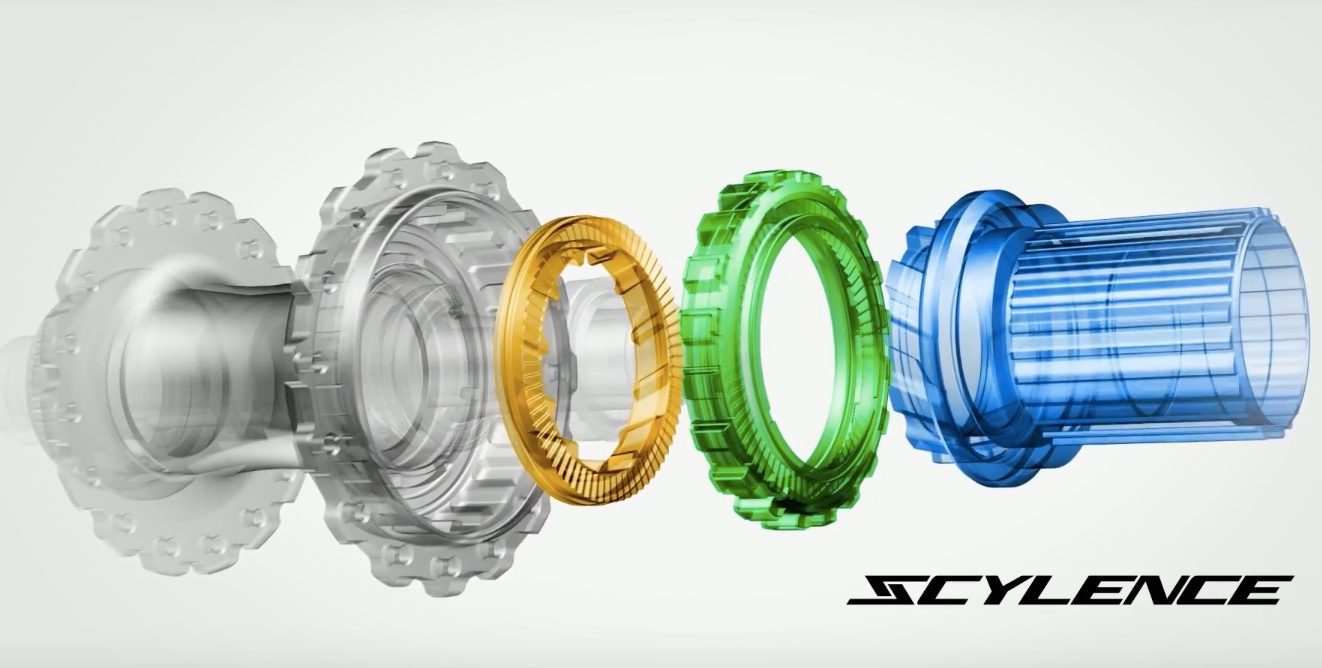 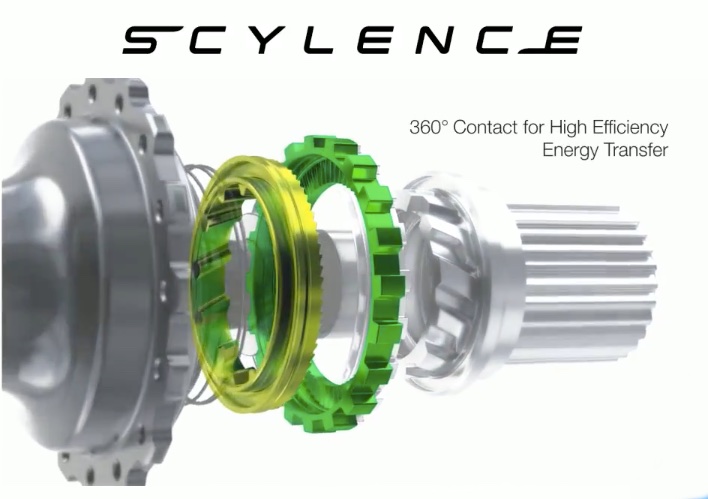 As we have already mentioned, the chain set will have a single and double chain ring version, but the main novelty for this XTR iteration is the dedicated 1×12 system. 30-38T chain ring sizes will be available, so unfortunately there will be no 28T, limiting its application to XC and maybe trail riding. The competition is more forgiving in this regard, satisfying the requirements of enduro riders as well. A sole 28/38T chain ring setup will be available for the 2×12 setup, and it will be difficult to modify the system gearing, since the front derailleur can only handle a 10T tooth gap. 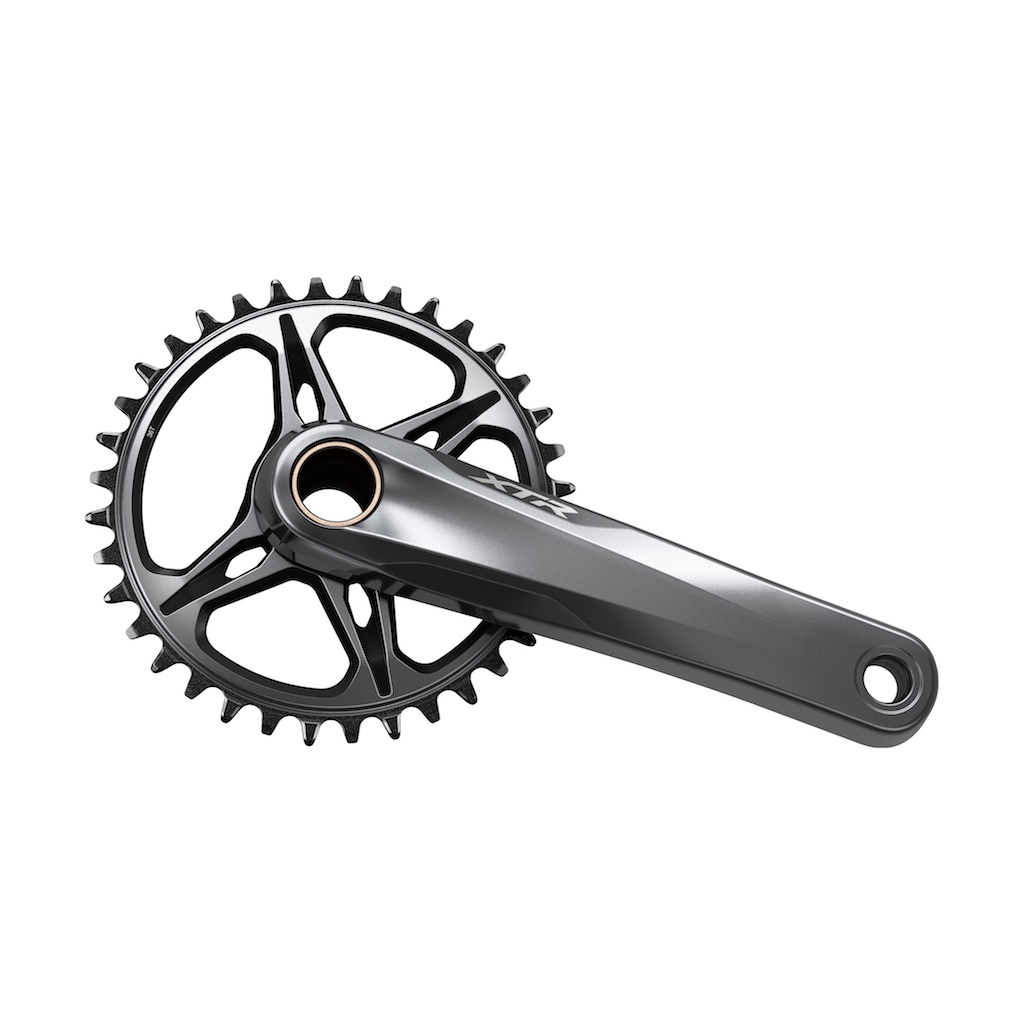 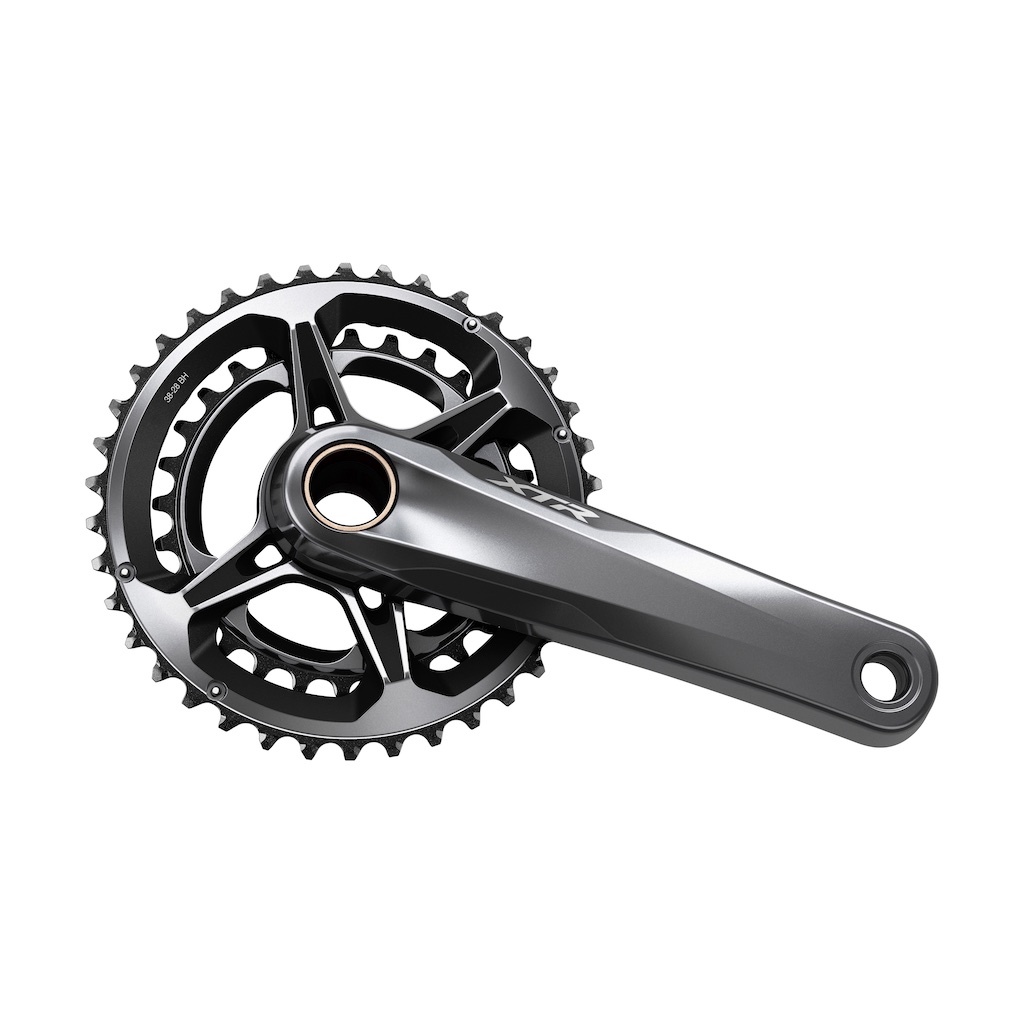 There will be three types of rear mechs for the new XTR: the recommended single chain ring option for 10-45T cassettes is the short cage RD-M9100 GS, the longer cage RD-M9100SGS is primarily for the 10-51T variant. The double chain ring setup will require the RD-M9120SGS long cage model. The traditional 11T guide pulleys have also been replaced by a 13T size in order to enhance shifting performance and durability.

Although I missed the 28T chain ring option for the crank set, Shimano have taken the needs of the more aggressive riders into consideration by providing chain guides with E-mount, D-mount and ISCG attachments. This means everyone can find the right type of chain guide for the modern trail/enduro bikes. 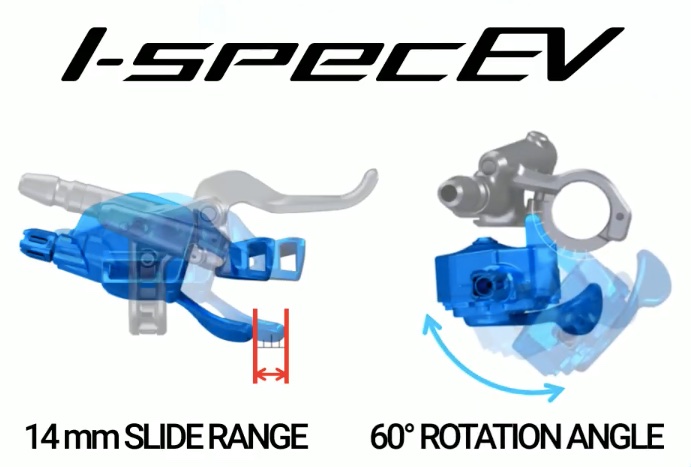 The shifters have also been completely redesigned for the M-9100: the press material tells us that shifting effort has been reduced. It’s certainly the right move, since the previous XTR iterations have rightly been accused of becoming too “SRAM-like”, while riders tend to choose Shimano for the effortless shifting they were renowned for in the past. Loyal Shimano customers will certainly be happy with the operation of the new levers. The redesigned I-Spec-EV integrated clamps literary “forge” the braking and shifting into a single unit, not only saving weight but allowing a 14 mm lateral adjustment, and a generous a 60 degree lever rotation! Fortunately our favorite Two-Way Release and Multi-Release systems will remain, making it possible to move the release lever in both directions, and shifting down one or more gears with a single click. The front shift lever — called Rapidfire Plus Mono – is a “funky” solution with just a single lever. This one arm lets you shift both up and down, a logical solution for double chain ring system, but we are curious how it performs while out riding. 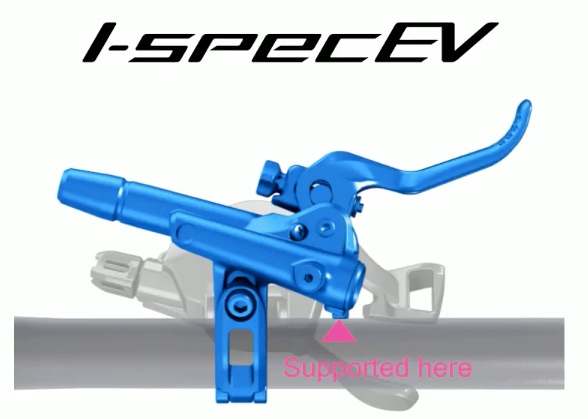 Drums rolling…, finally we’re getting a proprietary dropper seat post lever within Shimano’s top-tier component set! Along with the new XTR, the brand is releasing the SL-MT800IL, which will be compatible with most MECHANICAL droppers, but strangely the PRO Koryak is an exception, which is actually the Japanese brand’s only dropper post! The lever is also compatible with the new I-Spec-EV system clamp. 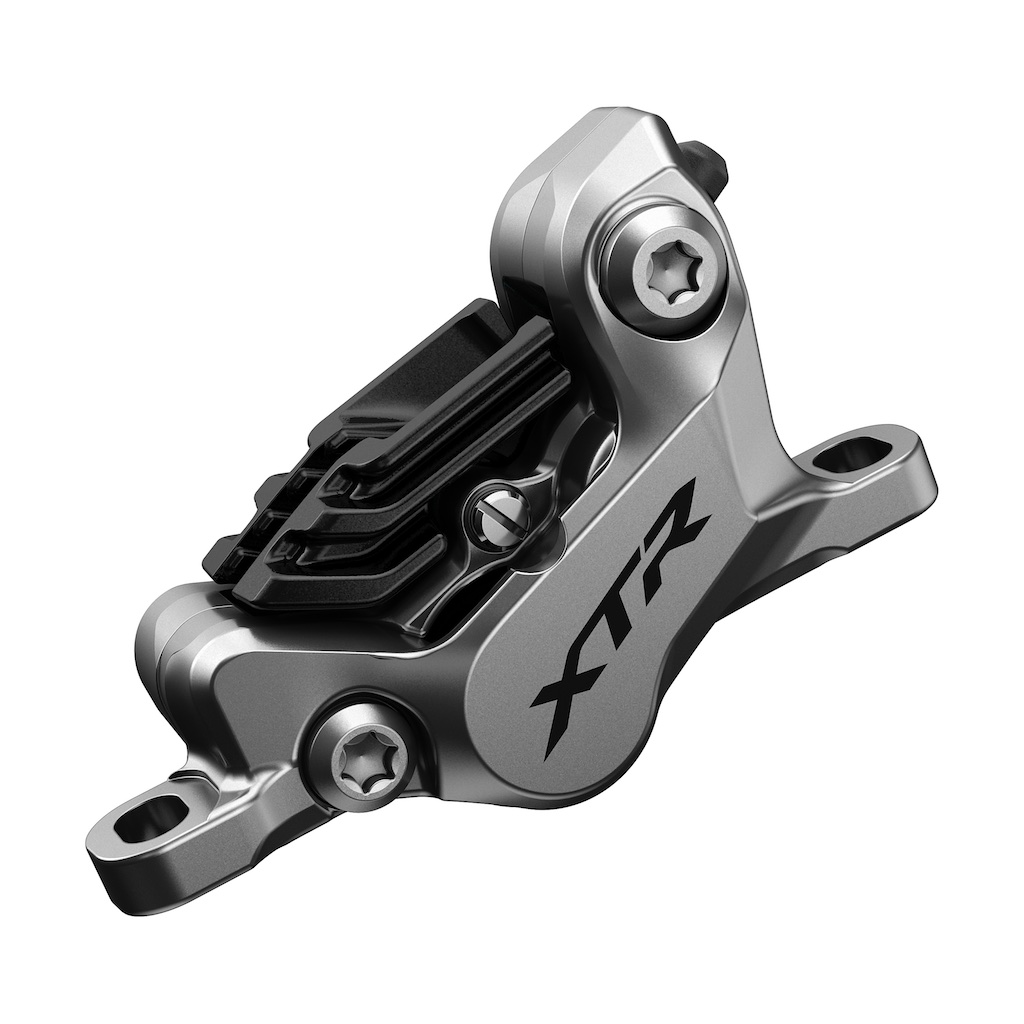 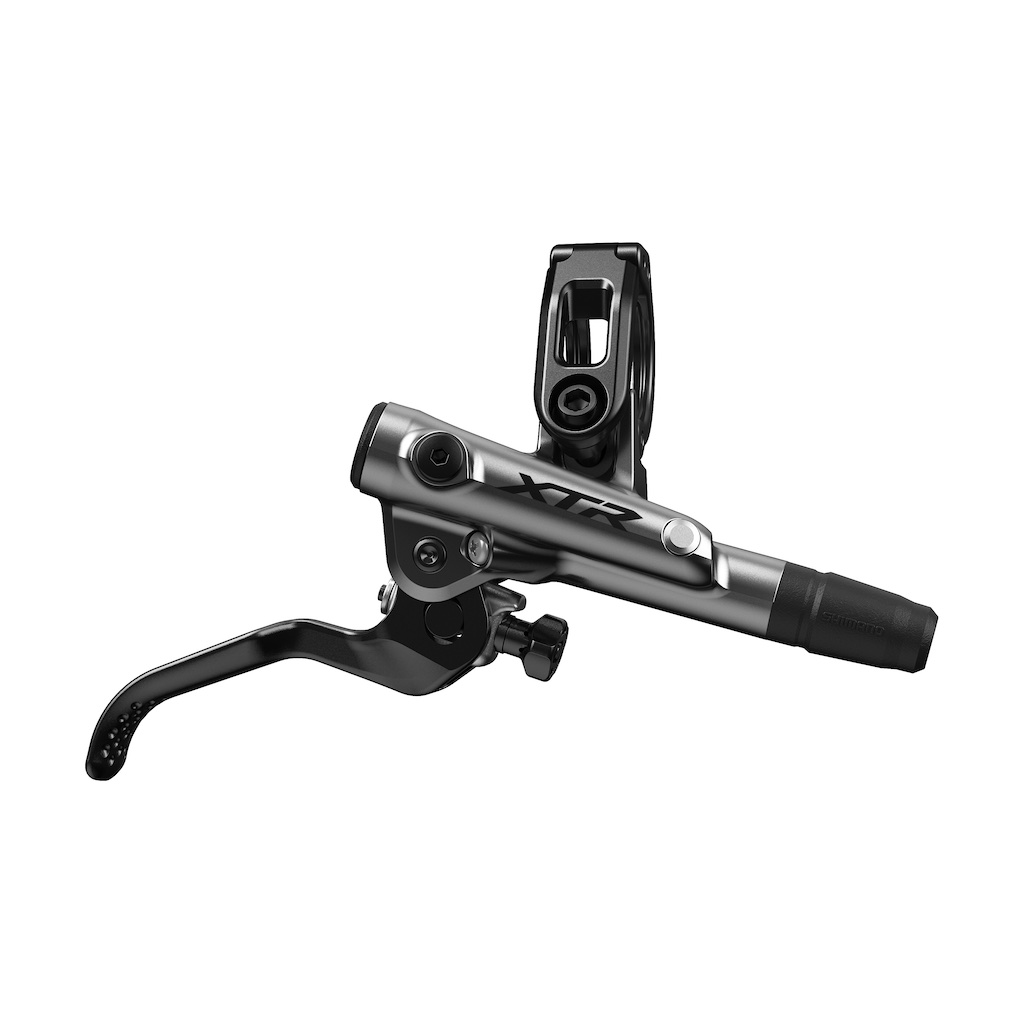 Last but not least, there are the new brakes! We hope that the changes Shimano made here will be effective, since the “old” M-9020 model was not really apt for riding anything more extreme than XC trails. These brakes quickly reached their limits in both power and heat management when ridden hard — on trail or enduro trails for example. We are delighted that the position of the clamp has changed, so the grips can be “tucked underneath” allowing any hand size to operate the brakes comfortably and securely. The “pure” XC brake version (BR-M9100) will have two pistons, while the one designated for Trail riding (BR-M9120) finally goes for four pistons! These move towards the brake discs at an even faster rate thanks to the minimal “free stroke” and stiffer brake lines. Weight has been shaved from the discs, and 180 and 203mm sizes could be up to 20 degrees cooler thanks to the continuously refined Freeza technology. 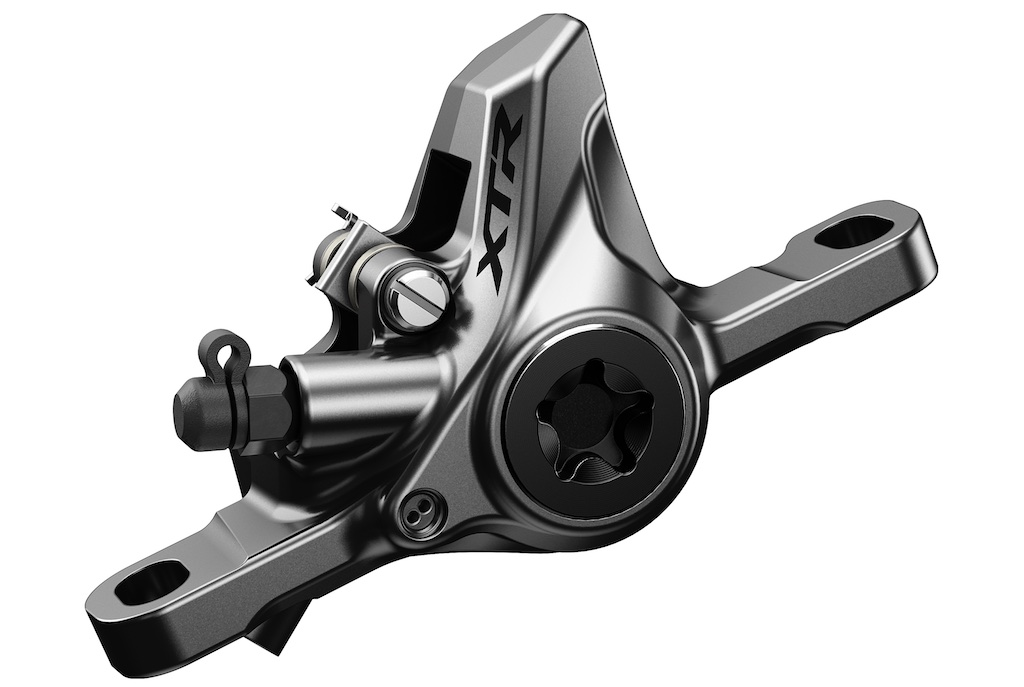 Naturally, the weight of all components have seen some reduction, and although this is important for XC racing, grams are no longer the main selling point of the M-9100. The greatest advancement is not the minimal mass or the 12 sprockets at the back, but how new the component set actually performs. As the first test rides showed us it’s clearly a “game changer”, a milestone in the world of MTB, Shimano and not merely catching-up to the competition, but managing a swift takeover, speeding into the future of bike technology. There is only one problem with the new XTR set:. it lures the rider into a purchase, and as we know all to well, the XTR was never meant to be a poor man’s choice.

The new Shimano set will make its debut at the XCO World Cup at Nove Mesto, ridden by outstanding racers including the Albstadt champion, Jolanda Neff!