Product development never stops at Giant. 2019 will see many new bike models introduced along with some undergoing major revamp to better suit rider and market expectations. Next year we’ll have a chance to ride and purchase the Revolt, Giant’s first gravel-specific carbon bike, the Trance 29 plans to conquer the trail racing market, and the road endurance segment will gain an even more comfortable version of the Defy, primary for those, who enjoy riding on tarmac with the least amount of disturbing buzz. Finally the electrically assisted pedelec bike range will sport many new models with hidden batteries for 2019.

Giant is moving closer and closer to Hungary. Following the early summer news of a new manufacturing plant in Gyöngyös, we are on the brink of considering the Taiwanese “giant” a domestic producer. To prepare this introduction into Giant’s 2019 offerings we have been invited in the Czech Republic, but one day we may be welcoming guests from all over Europe to the largest manufacturing plant on the continent. Meanwhile, we are privileged that all the 2019 models we’ll be mentioning in this article is promised to arrive at our offices in the near future, so we’ll have a chance to test them and report on the findings to our readers before the start of the new seasons. 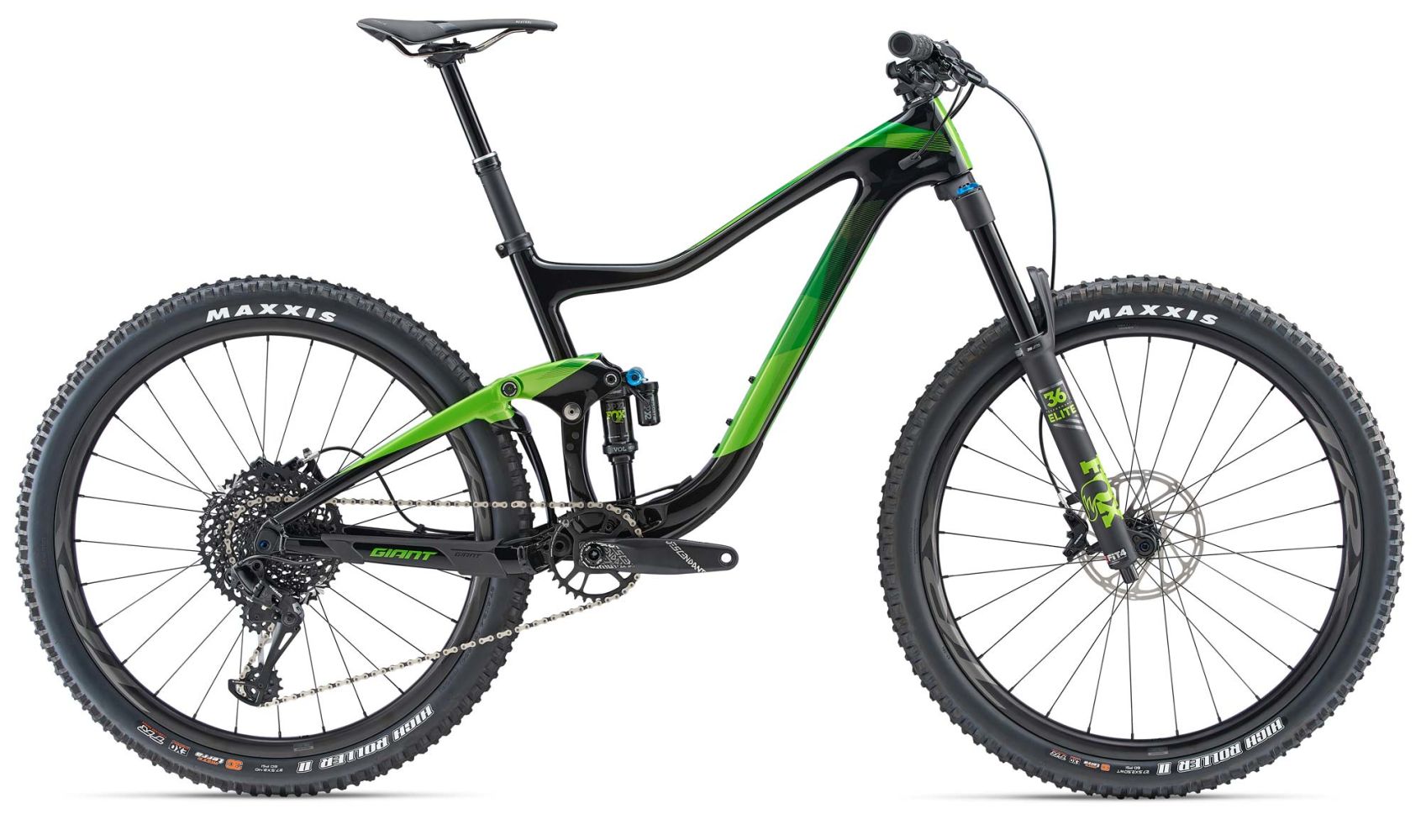 The Giant bike range will include new models in every bike segment for 2019. Let’s begin the introduction with the mountain bikes!

It has been a long wait, but the 29er trail bike has finally arrived! The Giant Trance 29 features 130mm front and 115mm rear suspension travel along with lots of innovative solutions to win the hearts of MTB riders out on all-day trail adventures. A long top tube, a shallow 66.5-degree head tube, a 44mm fork trail coupled with short 435mm chain stays provide a modern, progressive frame geometry, hence this new steed from Giant will not be embarrassed by steep, technical descents, and neither will the rider wish to be riding a different bike while on the uphill sections of the trail. The suspension system is based on Giant’s own twelve-year-old Maestro design, tweaked to perfection over this time period. This well-proven setup is able to distinguish forces coming from the terrain and the drive system, sensitively reacting to the former while filtering out impacts from pedaling. Moreover, braking tends to have very little effect on Maestro’s suspension character, with negligible blocking effect when slowing down.

The Trance 29 will be available in a full carbon version (Trance 29 Advanced) as well as a more economical aluminum frame, and with several component levels for each from top-end to mid-level. This range of options is something we have come to expect the Giant, and the prices for the Trance 29 are promised to be “down to earth”. 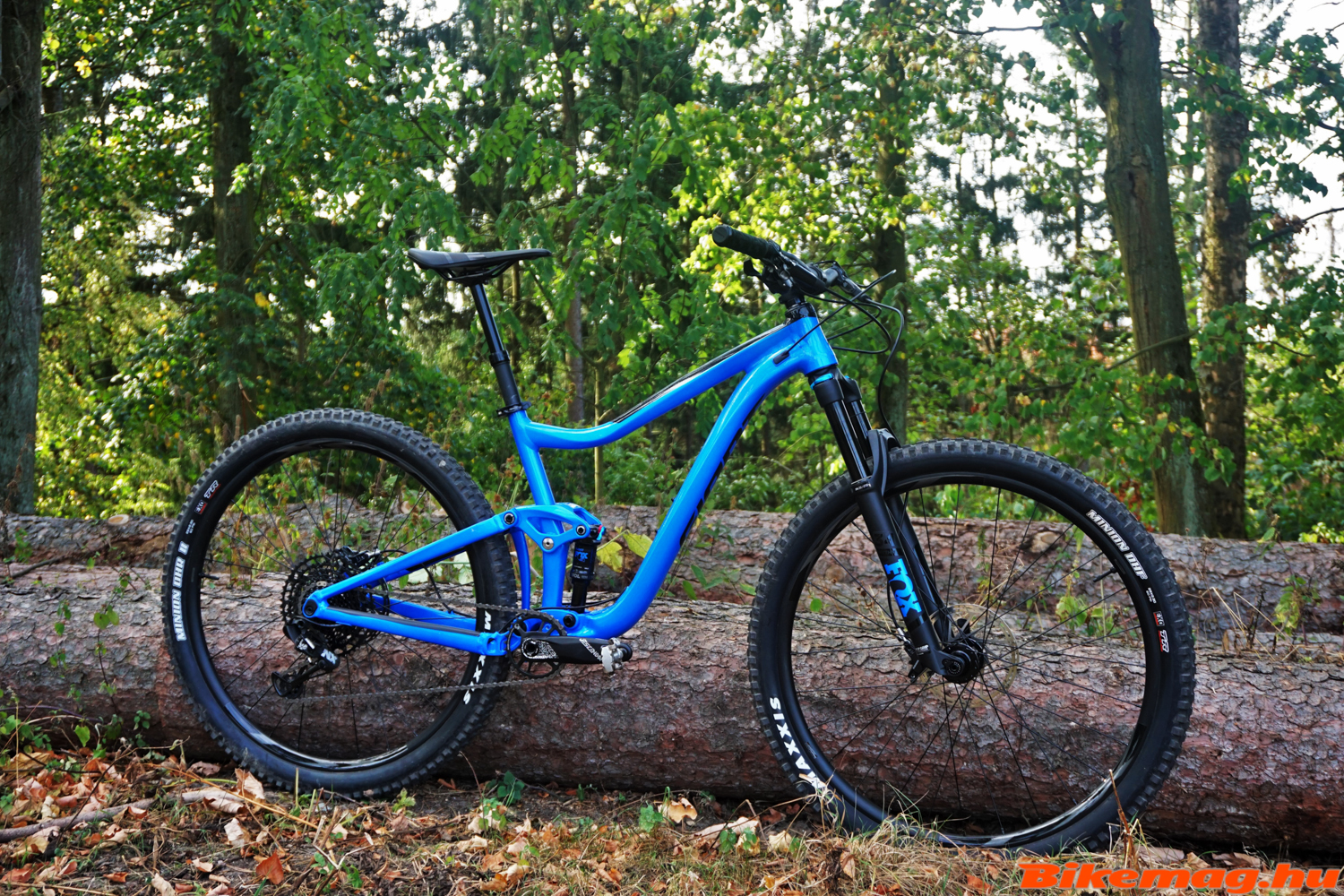 We already tested the NX Eagle equipped Trance 29 aluminum variant, the review will soon be published on these pages. You can find out more about the new Trance 29 on the manufacturer’s website. 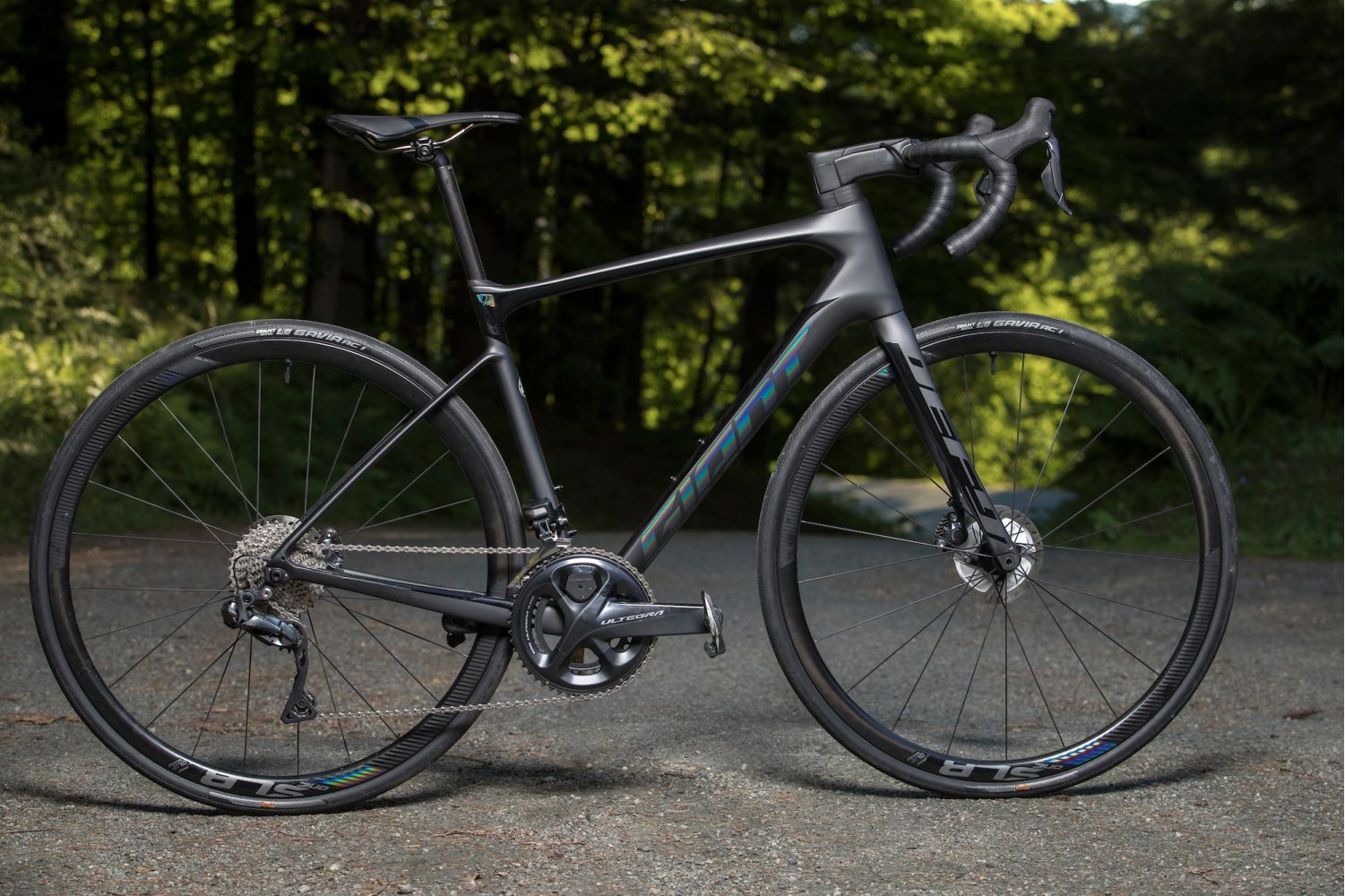 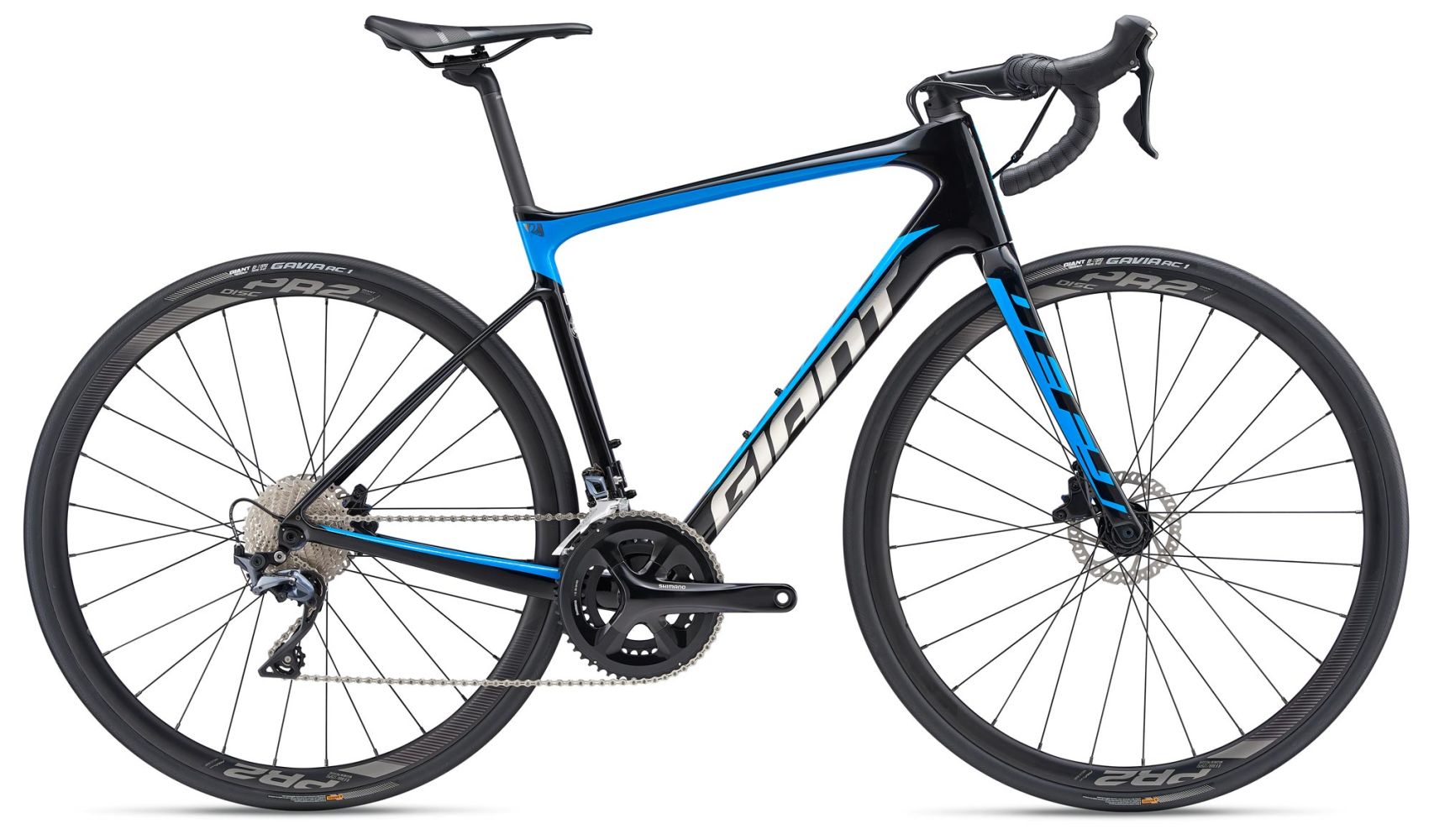 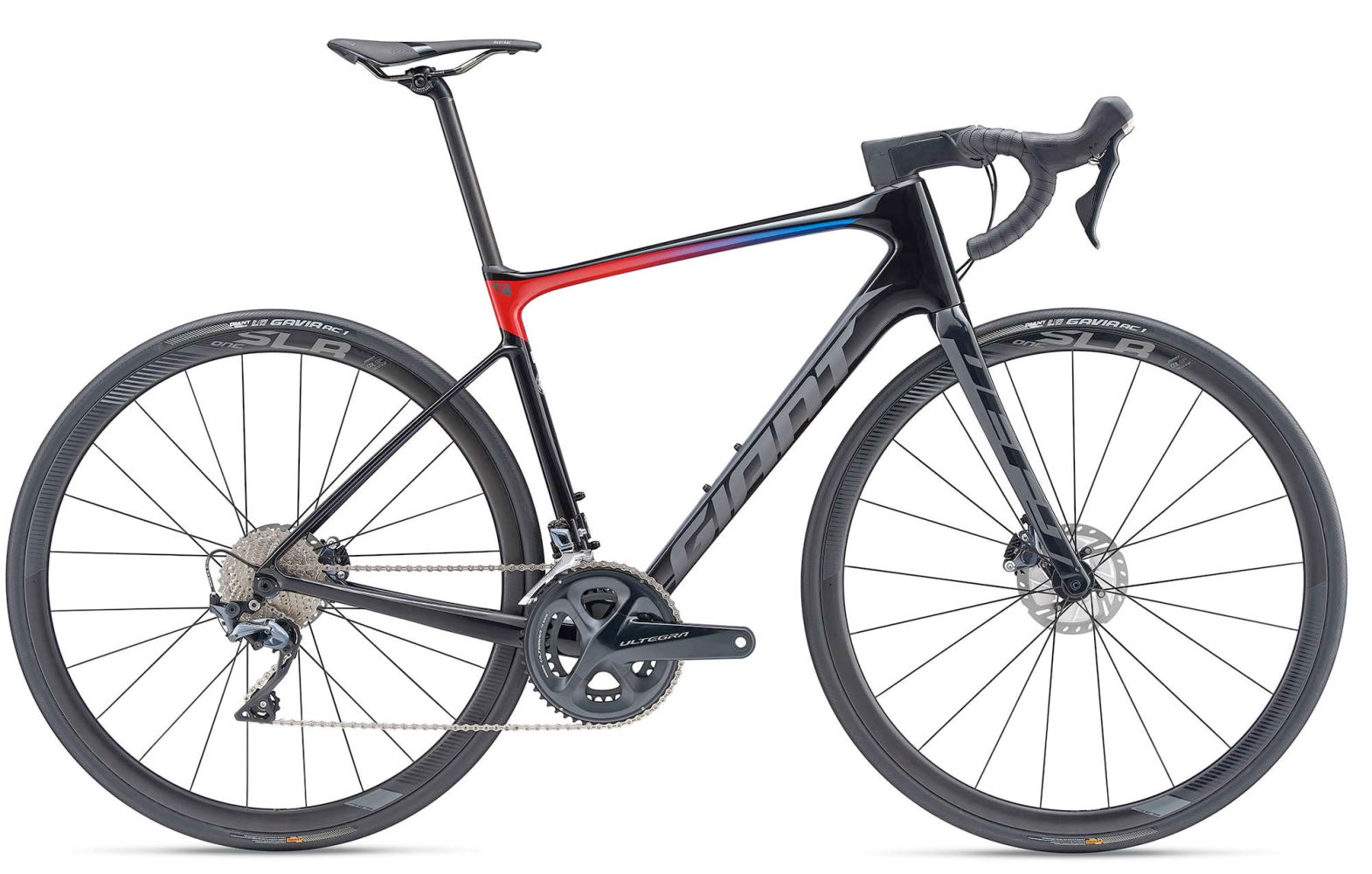 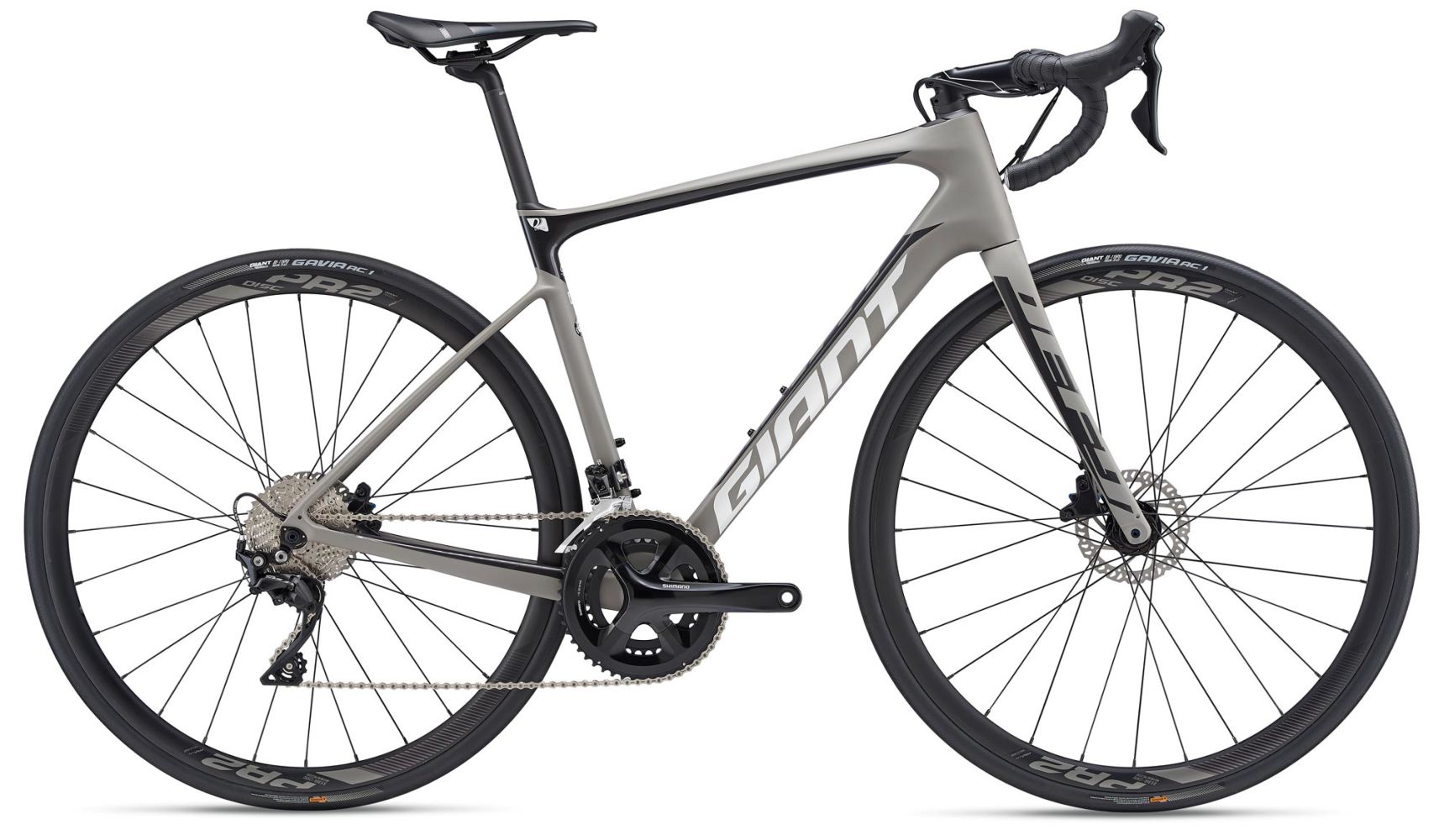 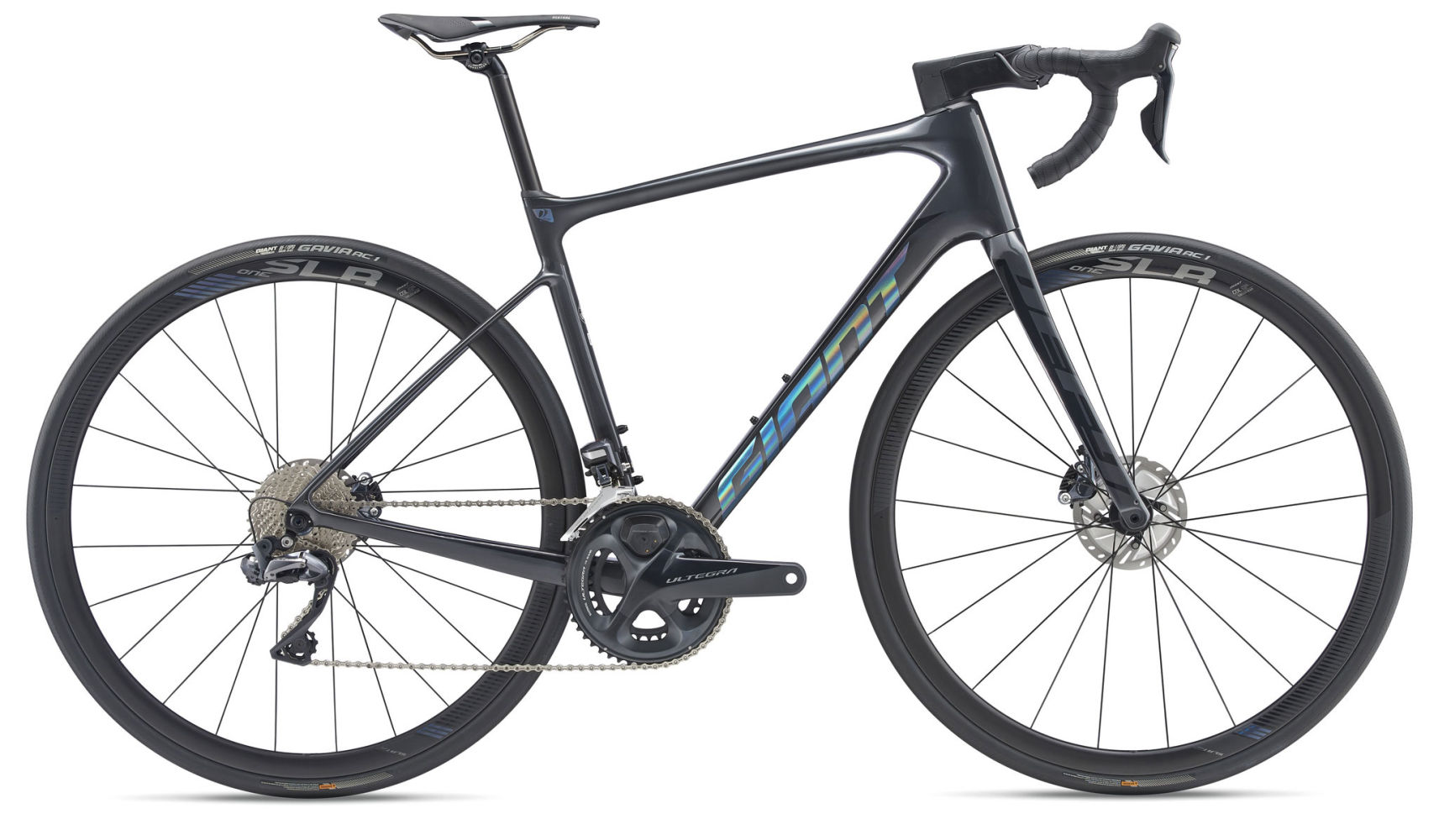 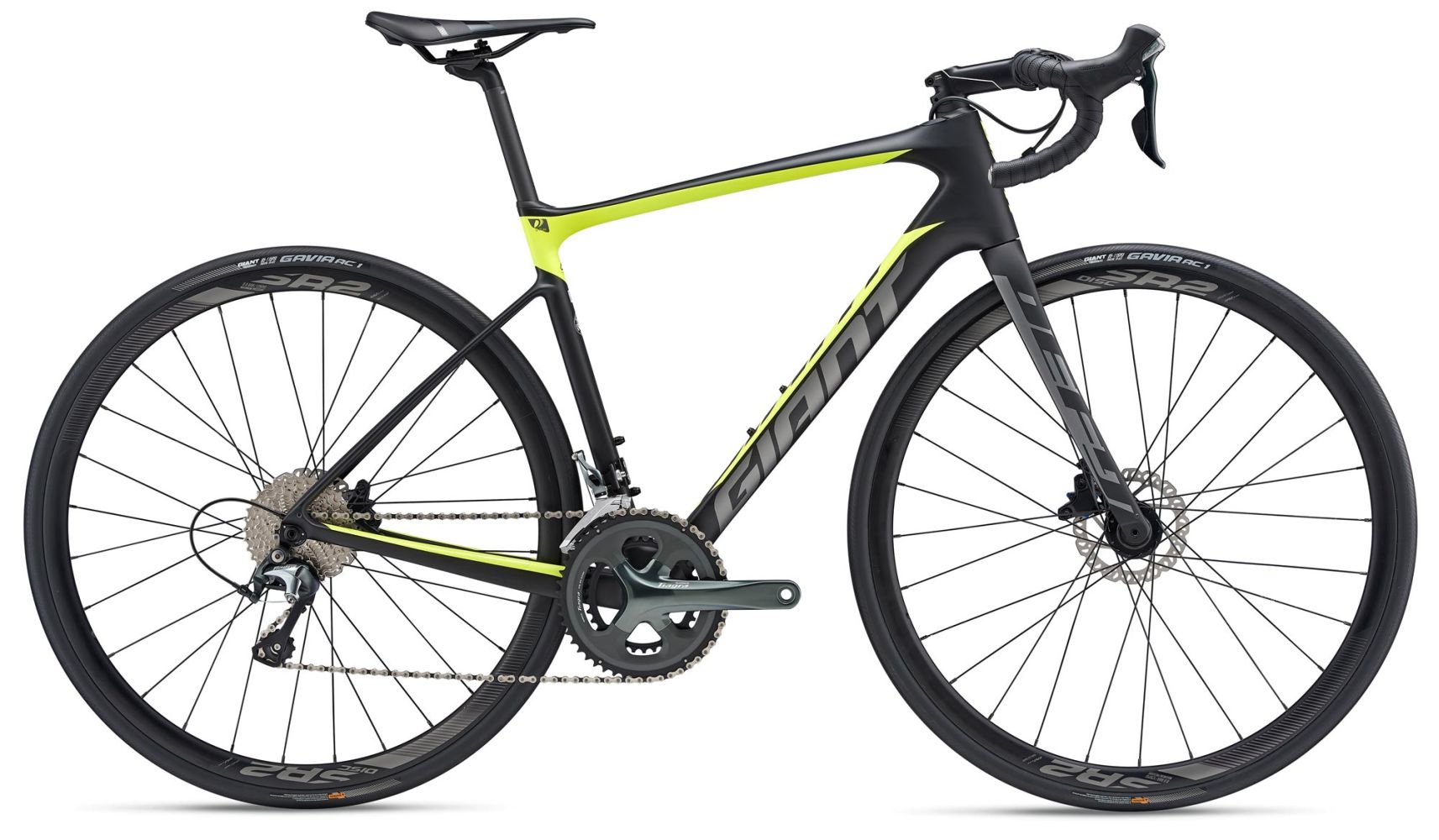 The endurance road category is gaining more and more popularity, especially with amateur cyclist who prefer a comfortable ride and easy to control frame geometry over top speed and outmost efficiency. The Defy line is the full embodiment of this concept for the Taiwanese brand, and this successful range will see a complete revamp for 2019. It will be even more comfortable to ride than ever before without any further compromise of efficiency. Giant approached the task of creating the best possible bike for the road endurance segment by increasing comfort in the bike components coming in contact with either rider or the road: i.e. the saddle, the handlebar and the tires. The newly designed saddle and the handlebar employ the so-called D-Fuse technology, consisting of a specially shaped “D” profile, in order to provide greater flexibility in one direction – with increased shock and vibration absorption – without effecting the component’s overall stiffness or stability.
This concept is best demonstrated by the new handlebar. The Contact D-Fuse bar allows for 10% more flex downward than the conventional Contact handlebar model, while in the other direction – when pulling on the bar while climbing out of the saddle – it’s 30% more rigid against the pulling and twisting forces. Best of all, the Contact D-Fuse bar has an added advantage of being is 6% lighter.
The D-Fuse seat tube also has an increased amount of flex in the backward direction, the spring motion can reach up to 12mm, much more than in case of a conventional seat tube design. In addition, the new Defy frames are designed to be compatible with 32mm wide tires to further enhance comfort and road traction. So the 2019 Giant Defy reaches new heights in terms of both comfort and ease of handling, making road biking a supreme experience.

The developments concerning the new Defy do not end with these advantages! The Advanced Pro version will come with completely hidden, fully-integrated cable routing (only a small cable is present if mechanical shifting system is employed), so all the electric wires, hydraulic hoses and steel cables enter the above-mentioned specially designed Contact D-Fuse, only to be seen exiting at the derailleurs and the brake calipers on the appropriate parts of the frame. In addition, there are RideSense sensors integrated into the chain stays, which send speed and pedal speed information via Bluetooth protocol to a compatible central computer head unit. Giant also developed a power meter called Giant Power Pro, which can be found on many top-of-the-line bikes model. Cyclist need not spend money on this extremely useful training accessory when buying a top-level Giant road bike, since it has been integrated into the bike to form an intelligent system. All we have to do is source and install a Neostrack or similar computer to enjoy the flow of immense data! You can find out more about these features on Giant’s website.

We’re familiar with Giant’s recently introduced Toughroad gravel bike, since it has already been reviewed on these pages. Next year a carbon frame version of the Toughroad will join the Giant “gravel” range aptly named Revolt. At the Czech event, the company representatives made it clear that the Revolt is not a “refashioned” cyclocross TCX, but a bicycle specially designed to cover long distances on different types of – ever changing – terrain. (We think there was no need to spell out the difference in such manner: it was enough to look at these two bikes side by side to see that they follow two quite different design concepts!) The previously mentioned D-Fuse technology is also present, the Revolt comes with a Contact D-Fuse seat tube and handlebar, which further increases the comfort of the frame that was clearly designed for vibration absorption and fun riding.
For more information on Giant gravel bikes click here. 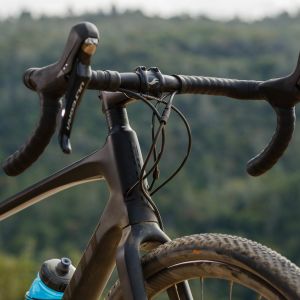 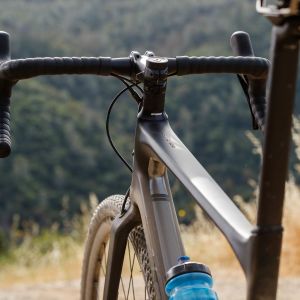 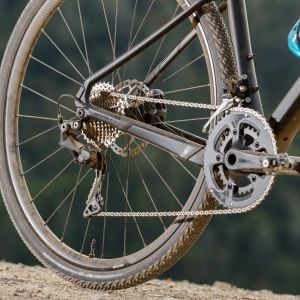 The Taiwanese brand has been on the forefront of the e-bike market segment in recent years, and 2019 will see the launch of several new pedelec models with a hidden battery pack design, integrated into the down tube of the bike frame. From now, there is no reason to complain about the exterior appearance of the Giant’s power-assisted bicycles. The drive system co-developed with Yamaha, which has the added advantage of being completely in line with the frame design, so designers need not plan the bike around the drive, since the motor system already has the correct technical parameters. In case of the “men’s line” (as opposed to the Liv series), there will be three brand new enduro e-bikes next season: the Trance E+ Pro, the Trance E+ SX Pro and the Stance E+. 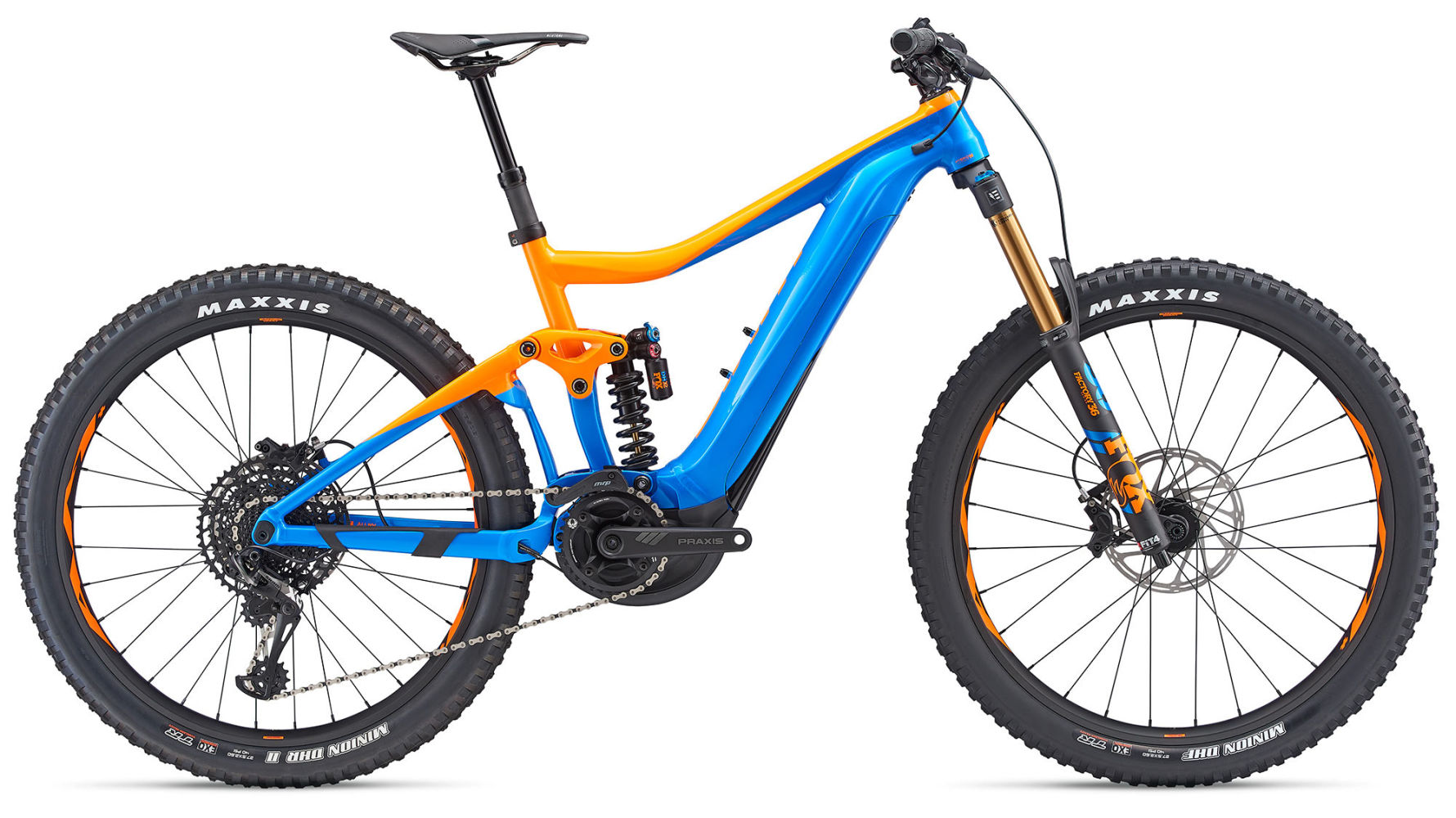 The Trance E+ SX Pro employs the formidable Maestro suspension system featuring 140mm rear travel, and it is equipped with the Giant’s top-of-the-line motor, the SyncDrive Pro. It offers up to 360% assistance and an astonishing 80 Nm of torque. In contrast with competing pedelec drive systems, the Q factor (the stance between the two pedals) is quite narrow, sour biomechanics is just like on traditional bicycles. The Trance E+ has almost the same technical parameters Trance E+ SX Pro, the difference is being that the SX version comes with a 160mm fork, while the “plain” Trance E + has 150 mm front suspension travel. 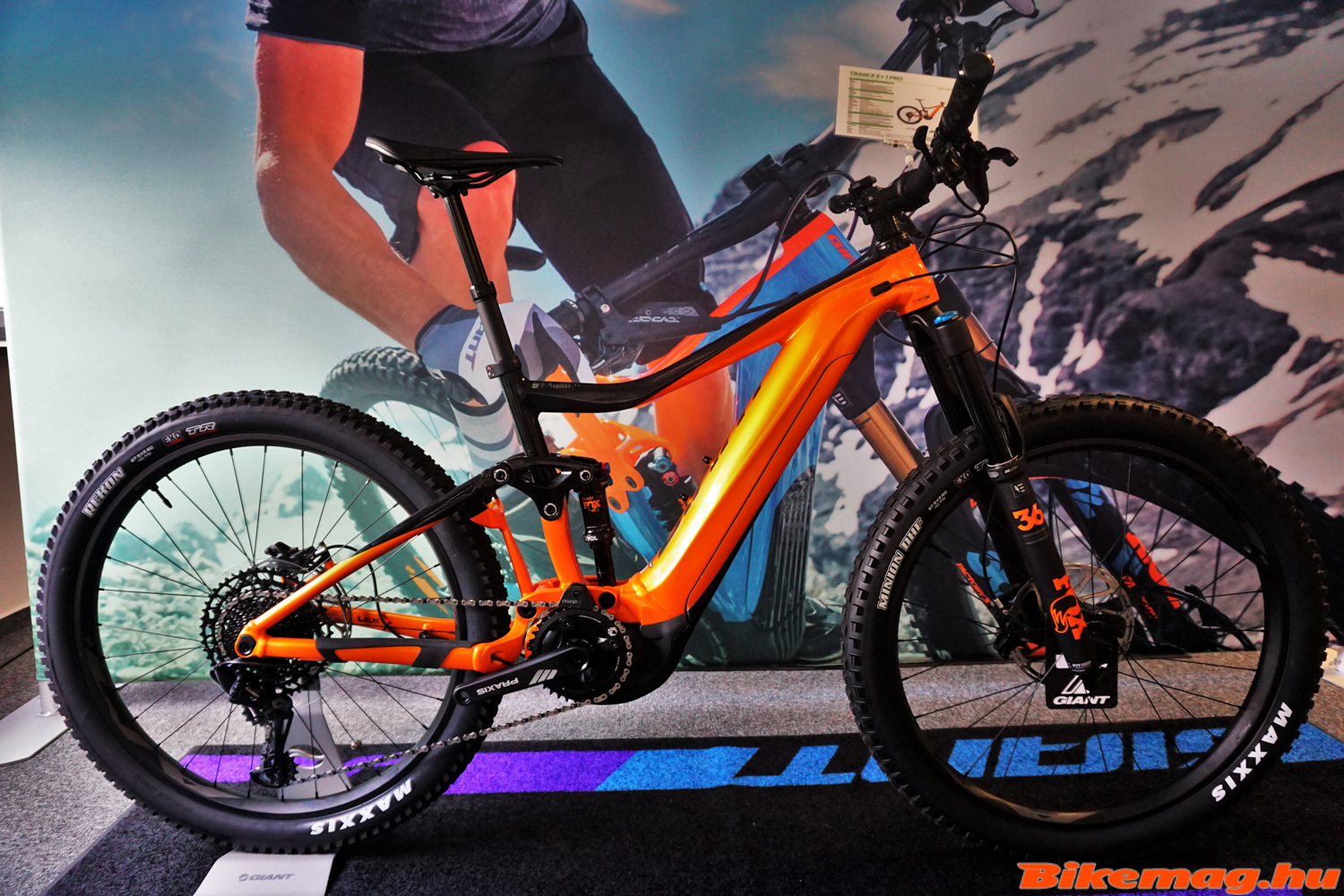 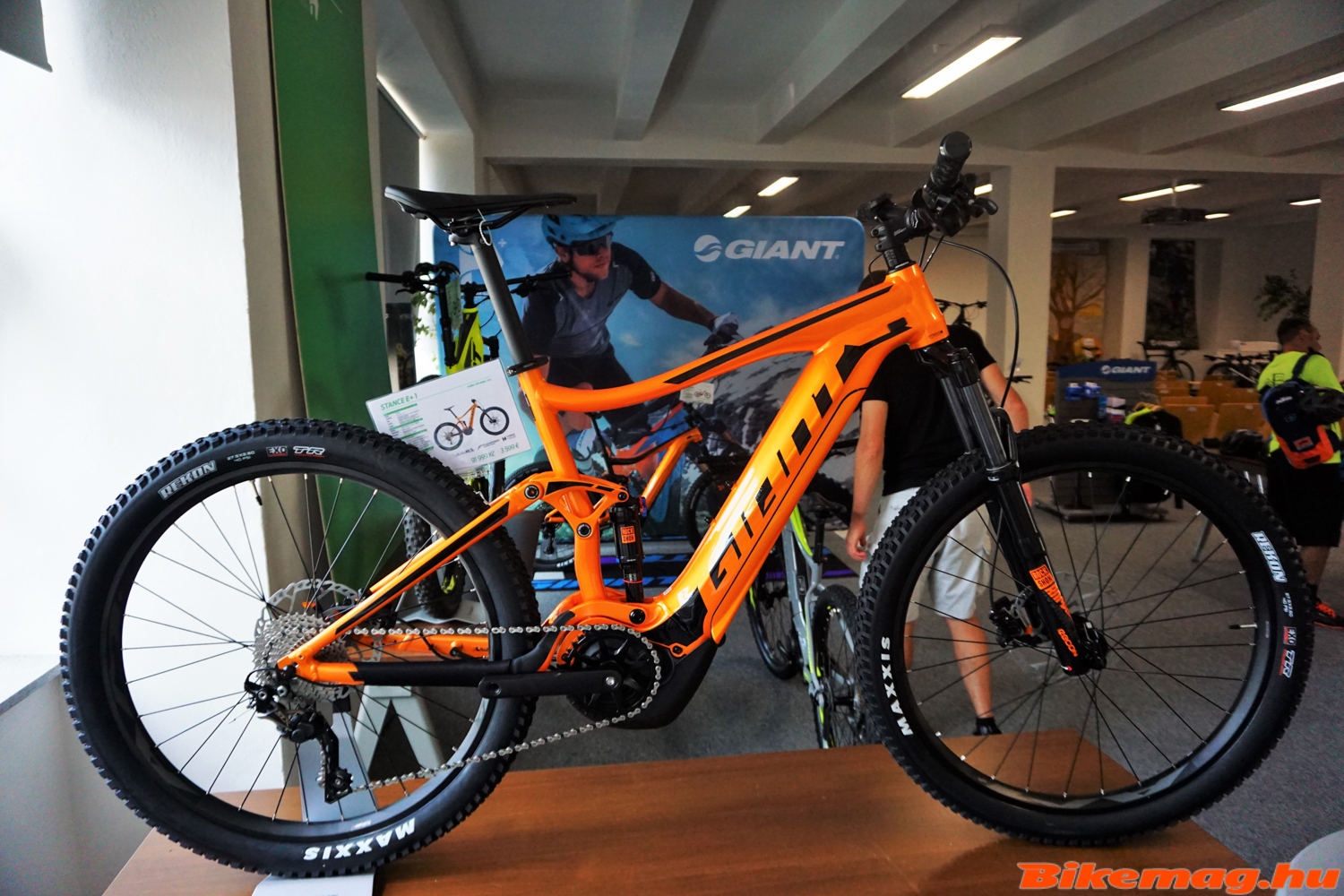 Just like the conventional Stance range, the Stance E+ has been designed to offer a more cost-effective solution for those who want to get a taste of e-mountain biking. The suspension system is a single pivot FlexPoint type with 120mm rear travel mated to a 130mm front fork. The frame is made from ALUXX SL aluminum and it can be equipped with burly 27.5+ tires. Drive support comes in the form of the SyncDrive Sport, which is a tad less powerful (350%), nevertheless offering the same 80 Nm torque.
You can find the complete Giant e-bike here:
https://www.giant-bicycles.com/hu/bikes/e-bike 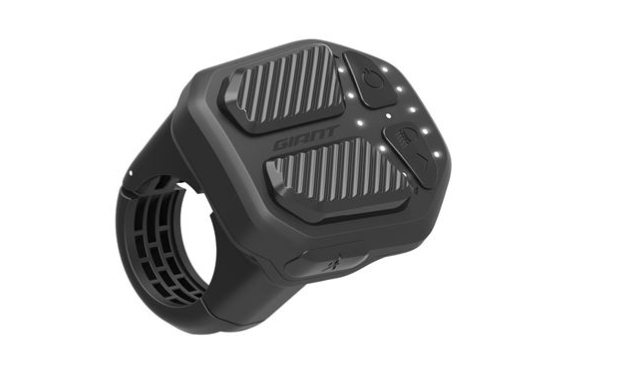 The above-mentioned pedelec models will also feature Giant’s latest “display” unit called RideControl ONE. It consists of just a few buttons and LED lights to simplify the function-crowded handlebars on today’s elaborate mountain bikes. In addition to delivering perfect functionality, it occupies very little space on the cockpit. If you require a larger display, you can pair the drive system with your mobile phone. 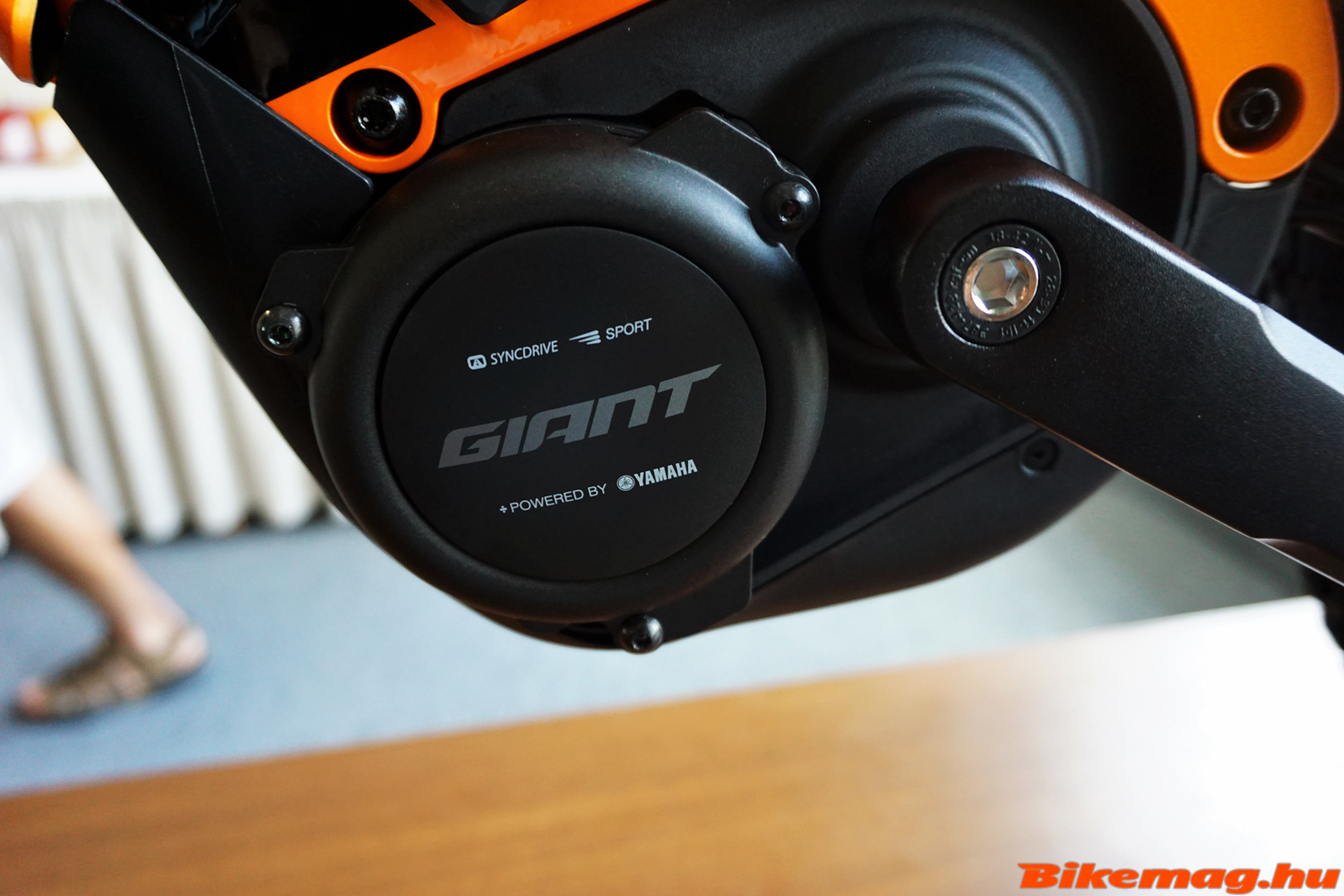 Giant has also tweaked the battery charging process by including a newly-designed smart charger, which can recharge the battery to 60% capacity in a mere 90 minutes. Battery life is also improved thanks to this new device, as the system will be able to monitor cell temperatures while charging, cutting off the electrical input before any cell overheating occurs. This is what we call a “smart”e-bike concept! 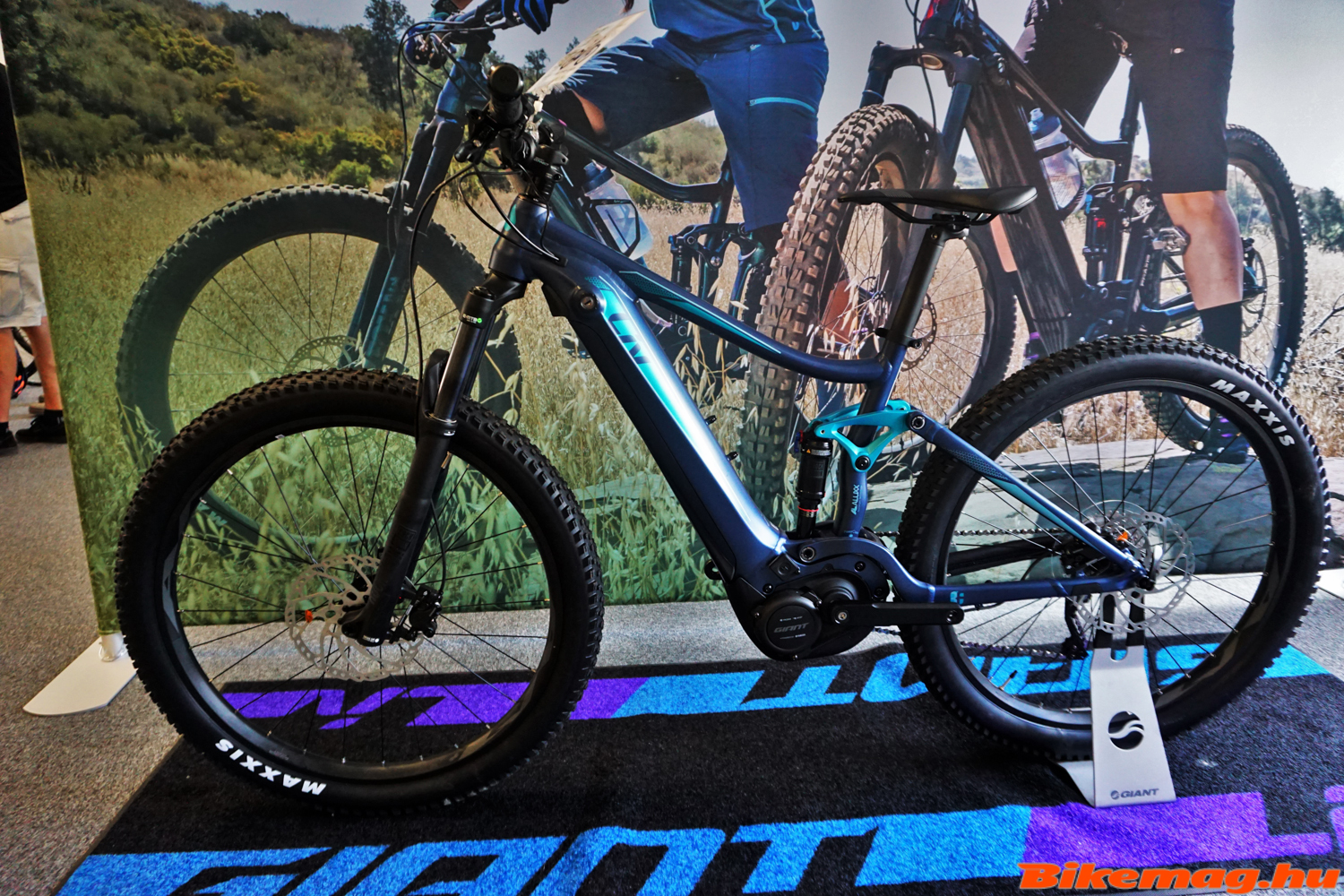 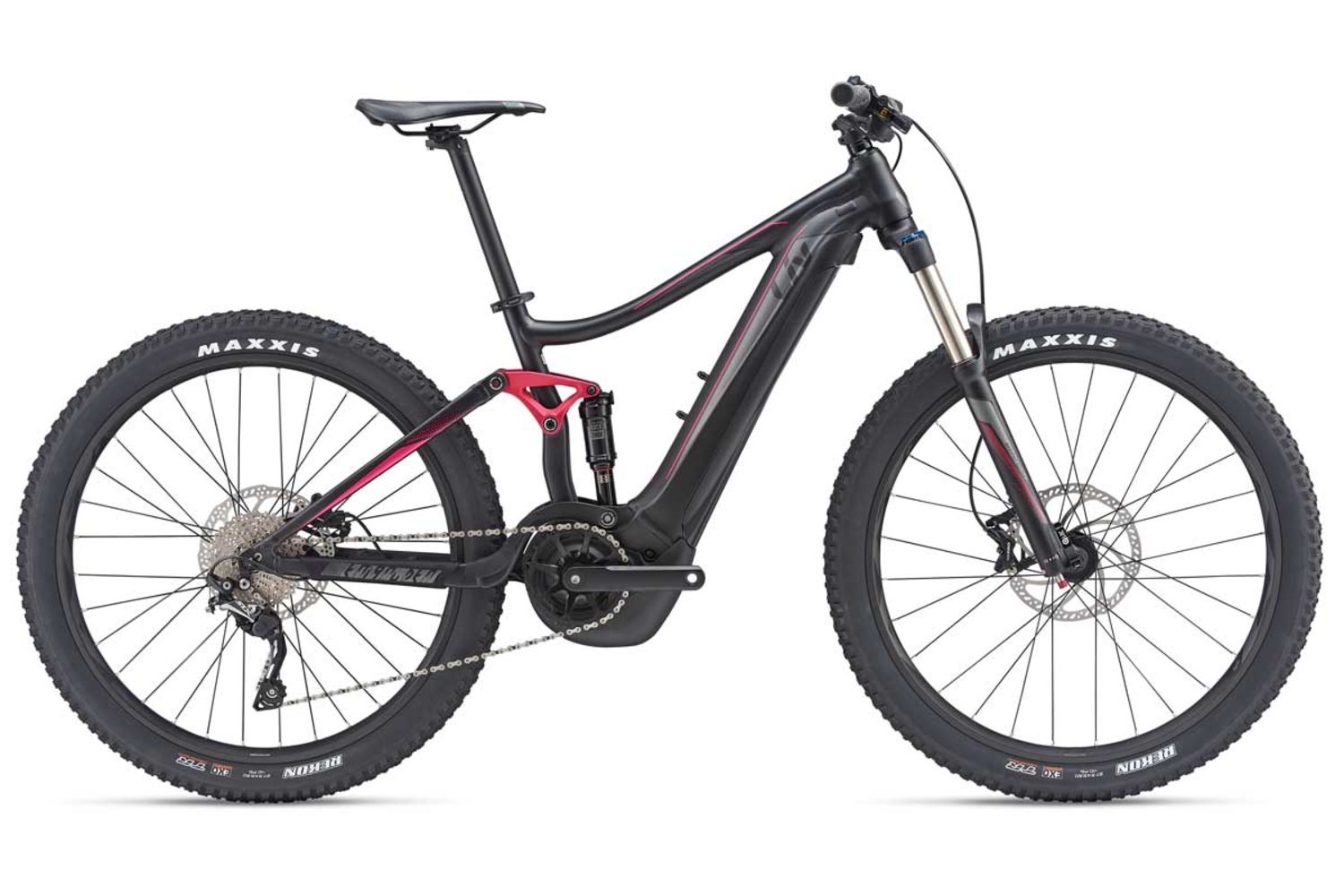 The Liv brand from Giant bikes features bike models that are designed primarily for female riders. This constantly growing range will also see important e-bike developments for 2019. Women riders get the same technically advanced features as mentioned in the previous paragraphs, with only the frame geometry and external design being adapted to the needs and tastes of female riders. The Liv version of the Trance E+ Pro is called Intrigue E+ Pro, featuring 140mm rear travel and 150 mm in the front, along with the extremely powerful SyncDrive Pro engine and matching technologies: i.e. the integrated hidden battery design. The Embolden E+ is the female version of the Stance E+, featuring a FlexPoint suspension with a 120mm travel paired with the SyncDrive Sports drive system.
More information on the Liv range of pedelec bikes: https://www.liv-cycling.com/hu/bikes/e-bike Not all modern e-MTB bikes have to have rear suspension! The revamped Giant Fathom E+ Pro gets the new hidden battery design as well, while the “standard” Fathom E+ will remain in the lineup with the conventional battery arrangement.

PRO 2019: Alarm for Competitors in Gravel