When we were packing the test bikes in the truck to start our 700km trip to the Island of Brac in Croatia, I knew I had to get to know this beast. Not only because in the past 2 years I was the guy at the magazine who reviewed all the “plus” MTB bikes, but also because it seemed so desirable. Even though the Reaction model name usually stands for “racing”… 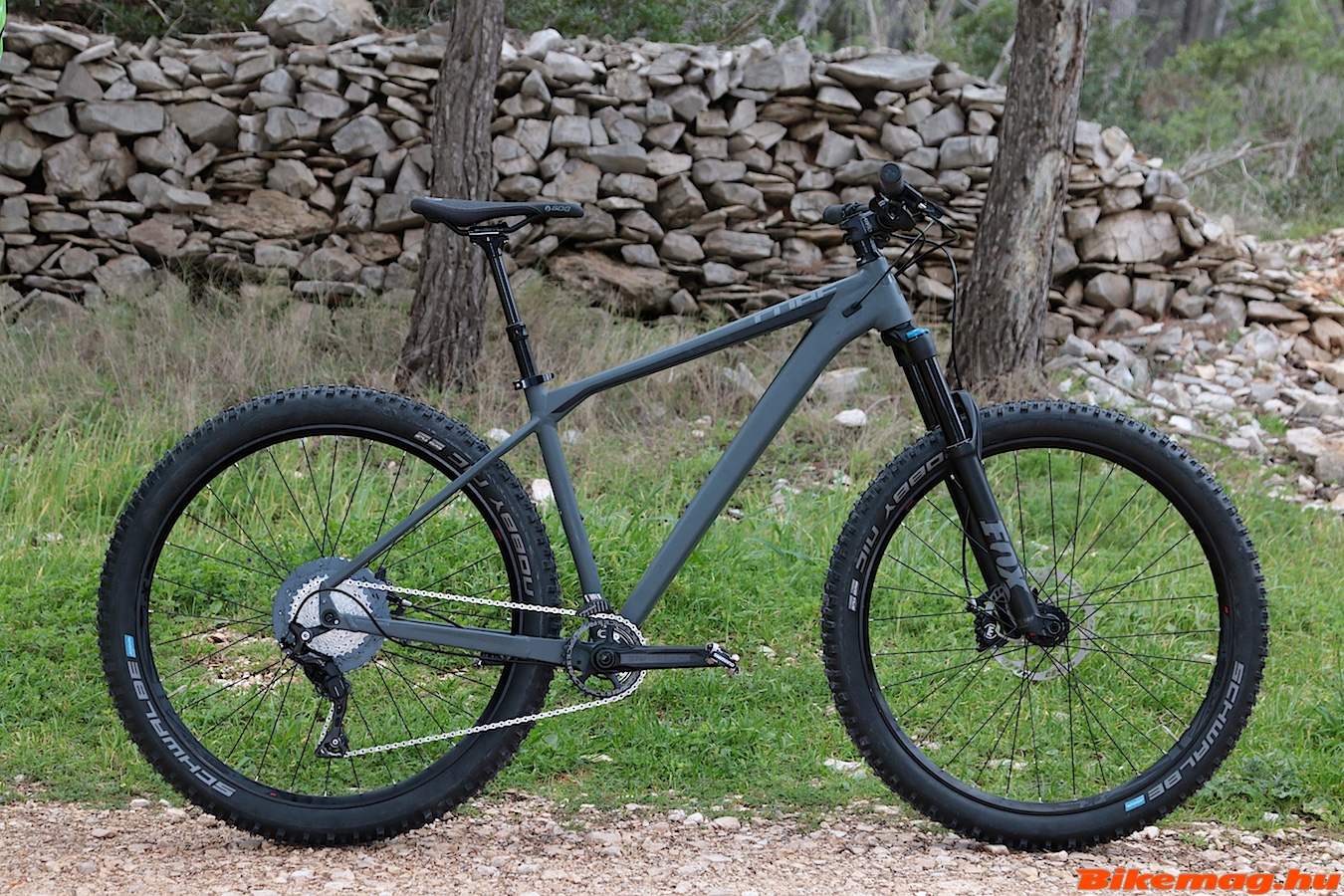 On one hand, it was difficult to take photos of this bike, on the other hand it was so much easier to go down the stony trails which characterises the island. This is where the bike really shines, especially with the 2.6″ wide 650B tires inflated to less than 2 bar. Where the other riders were wildly roaring to avoid obstacles, I just pointed the bike in the right direction, and simply disregarded the difficulties of the terrain. Okay, it’s not a fatbike, but neither it is as awkward to control as the 650B+ bikes. Interestingly I did not miss the suspension at the back, since somehow the Cube engineers managed avoid a “kidney-stone crusher” back triangle like we see om so many other similar kinds of MTBs. 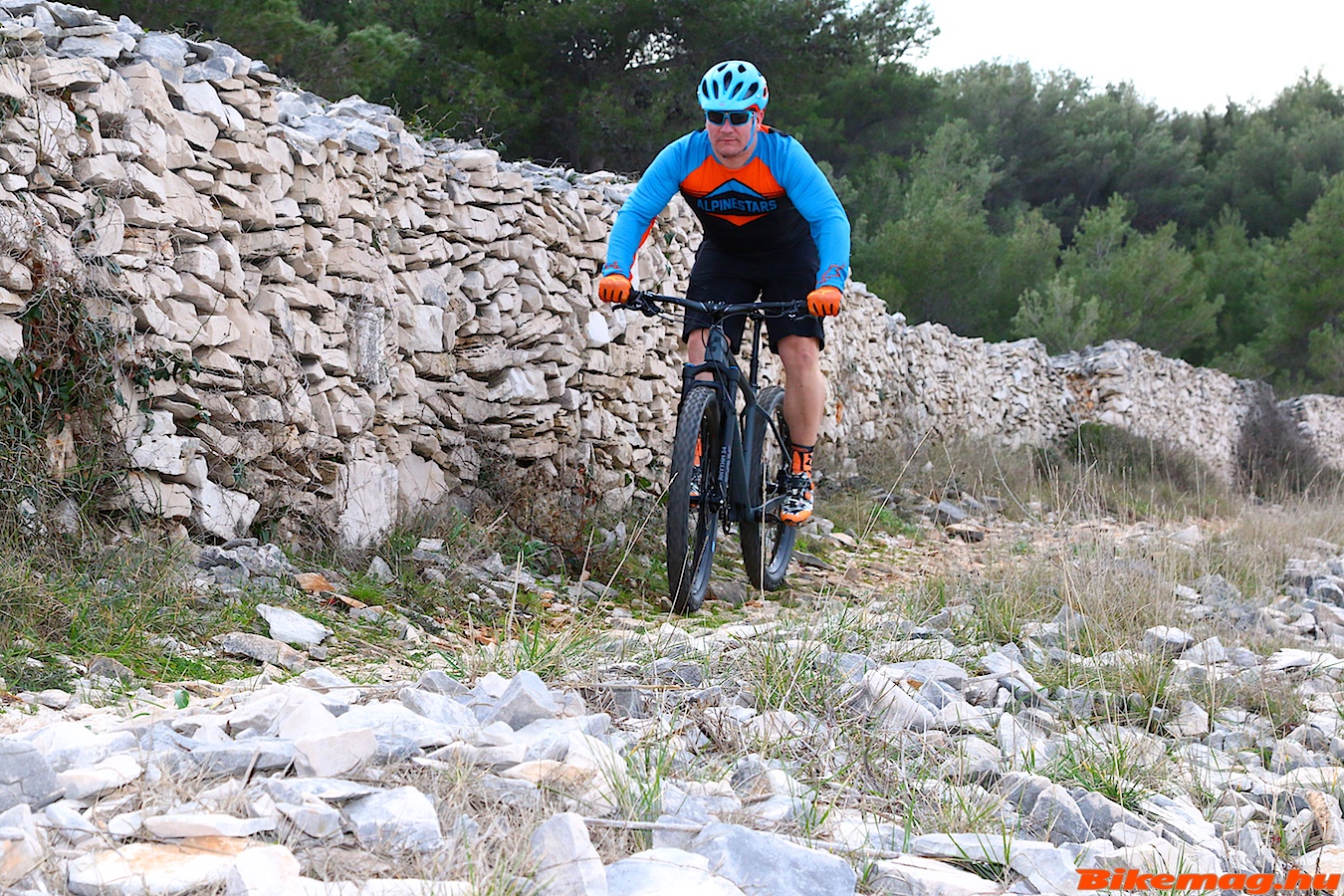 You could say that every meter was a special experience with this bike, thanks in part to the inclusion of a dropper post. Since adjustable posts are now widely available, I recommend putting one on every mountain bike – not only for downhill riding. It’s no coincidence that this technology is already spreading in the MTB XCO world. The FOX 34 Rhythm fork has been praised in other bikes as well, here it perfectly complements the frame and style of the bike, offers a 130mm travel, which is more than enough for MTB trail bikes. As much as I detest the ARG (Agile Ride Geometry) frame geometry for entry-level Cubes, I found that it is a perfect match for the more aggressive types of bikes. This allows the Reaction TM to be ridden to their fullest on technical trails can, and all components support this kind of use. as The Reaction was designed for gnarly trails, and not only for the skinny riders, but also for the heavier guys on the trails. The real advantages of its design show when ridden by someone over 80kg (170 lbs.), where the benefits of a robust design really come to the front. 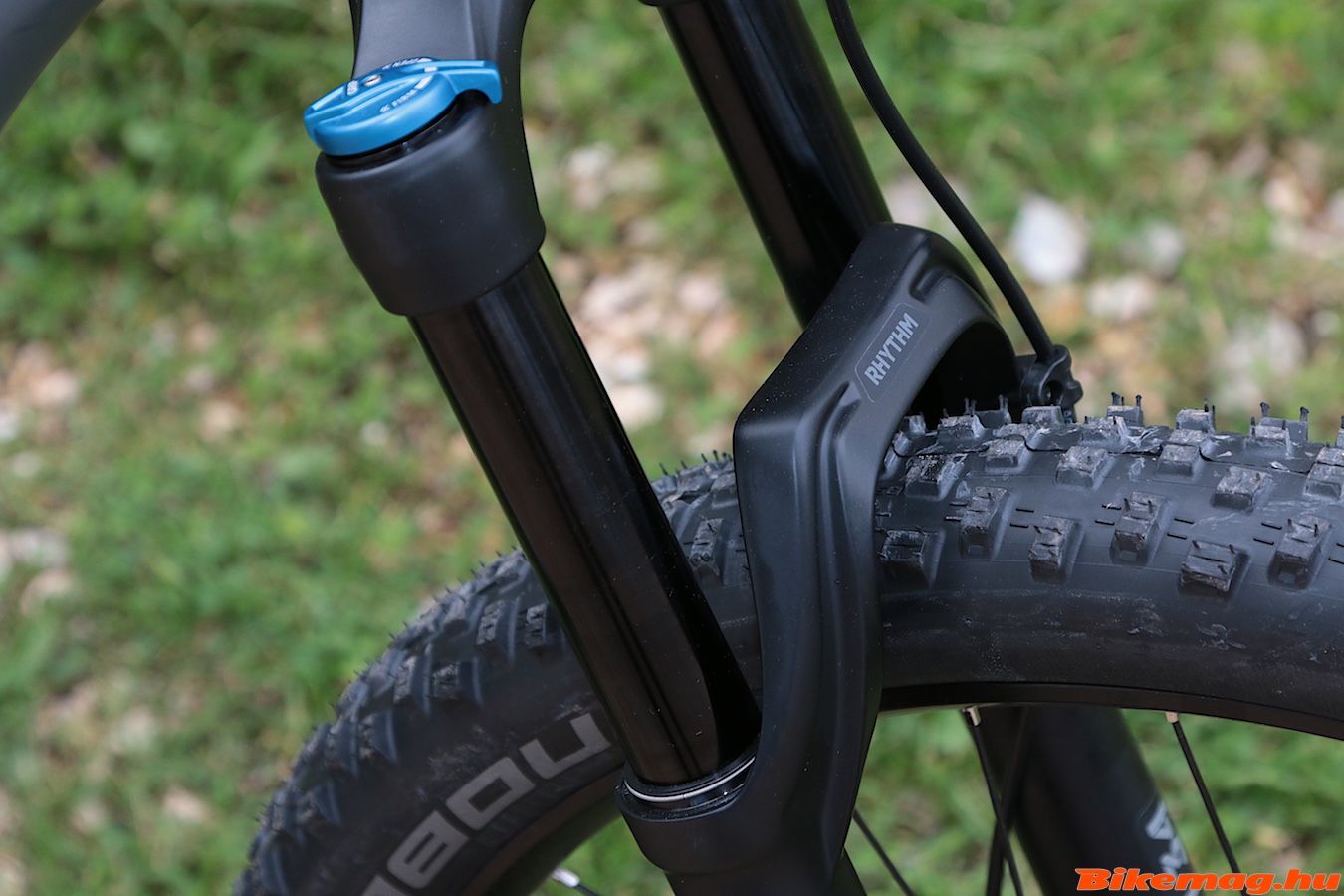 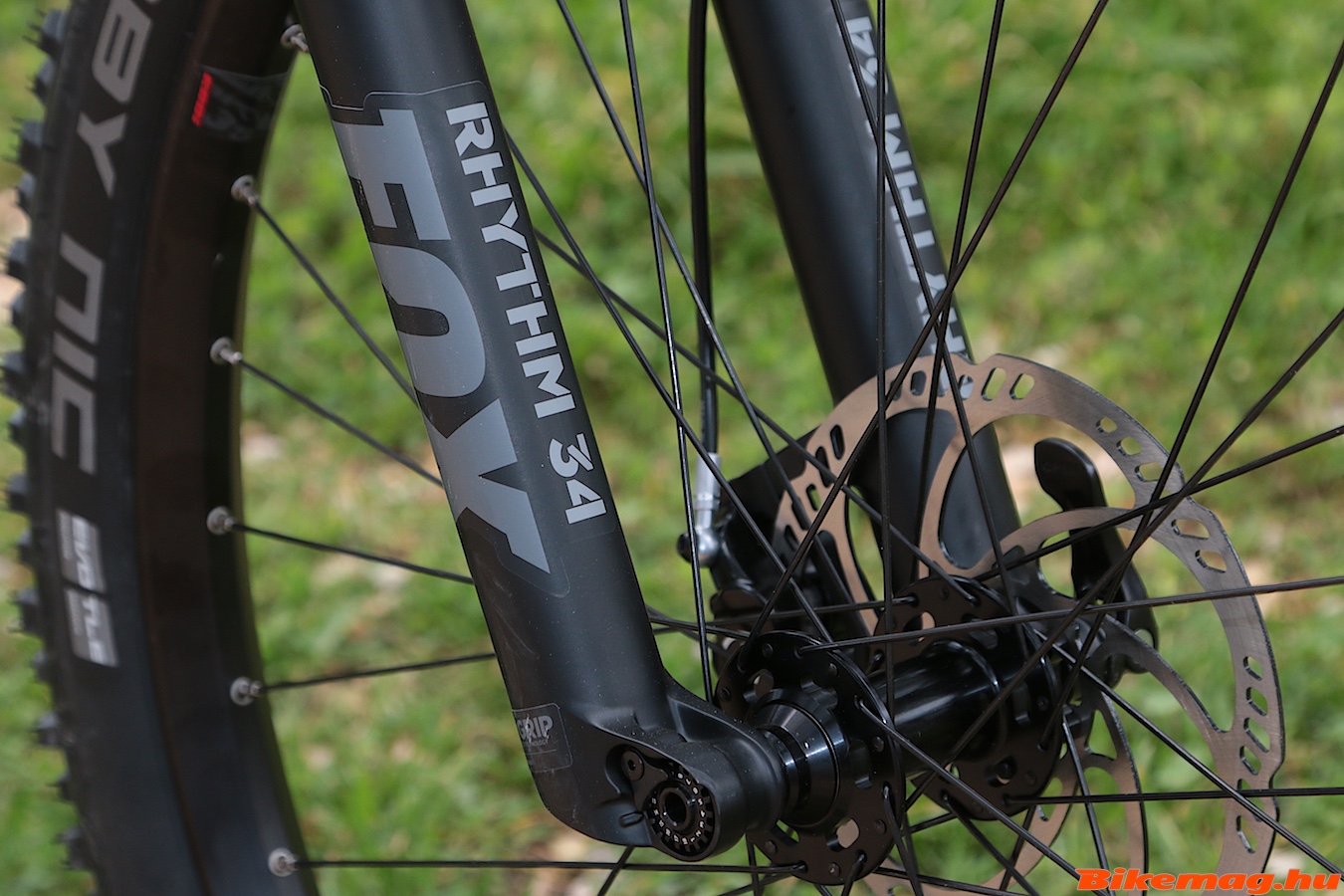 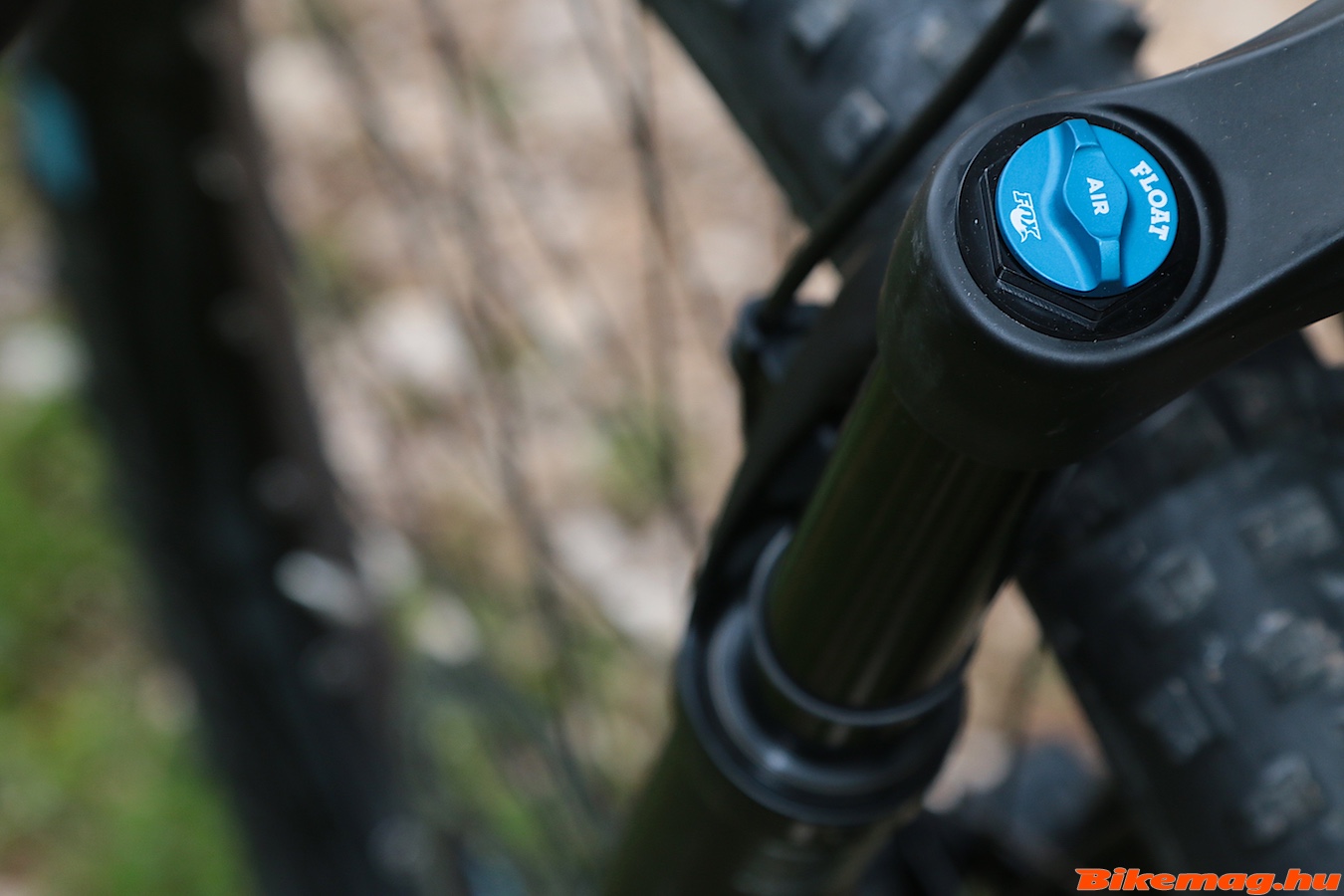 The Reaction TM is not a cheap bike, the retail price is 549,000 HUF. On the other hand, it does not come with cheap, entry level stuff. The single chainring Race Face Aeffect SL crankset is an advanced model, complemented by Shimano SLX 1×11 shifting with an XT rear derailleur. The other accessories are also from Race Face, and the bike come with Schwalbe Nobby Nic tires. Of course there is the Fox fork and dropper post which add a great value to the bike. Finally no other than E-thirteen supplies the chain guide. 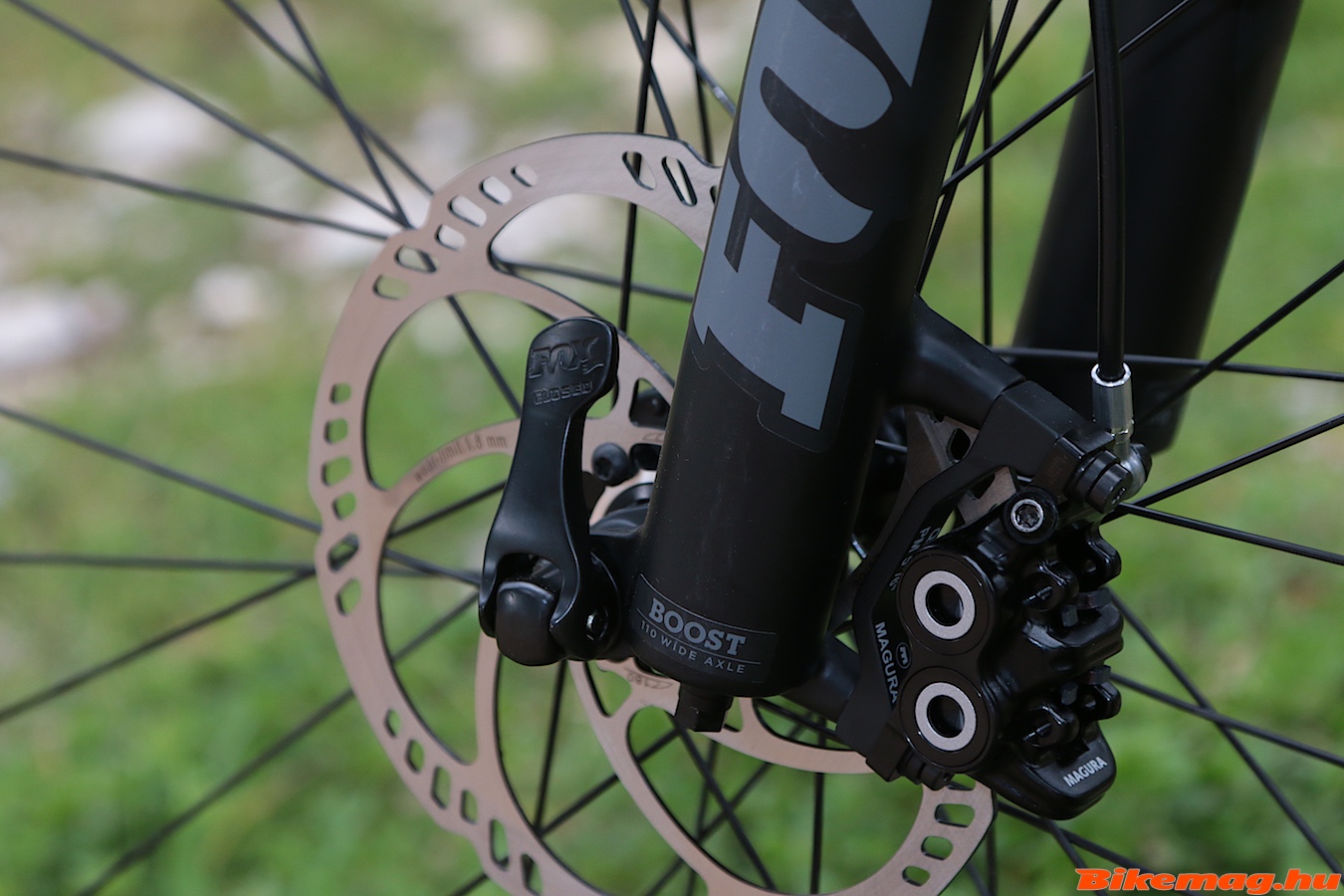 It stops you anywhere 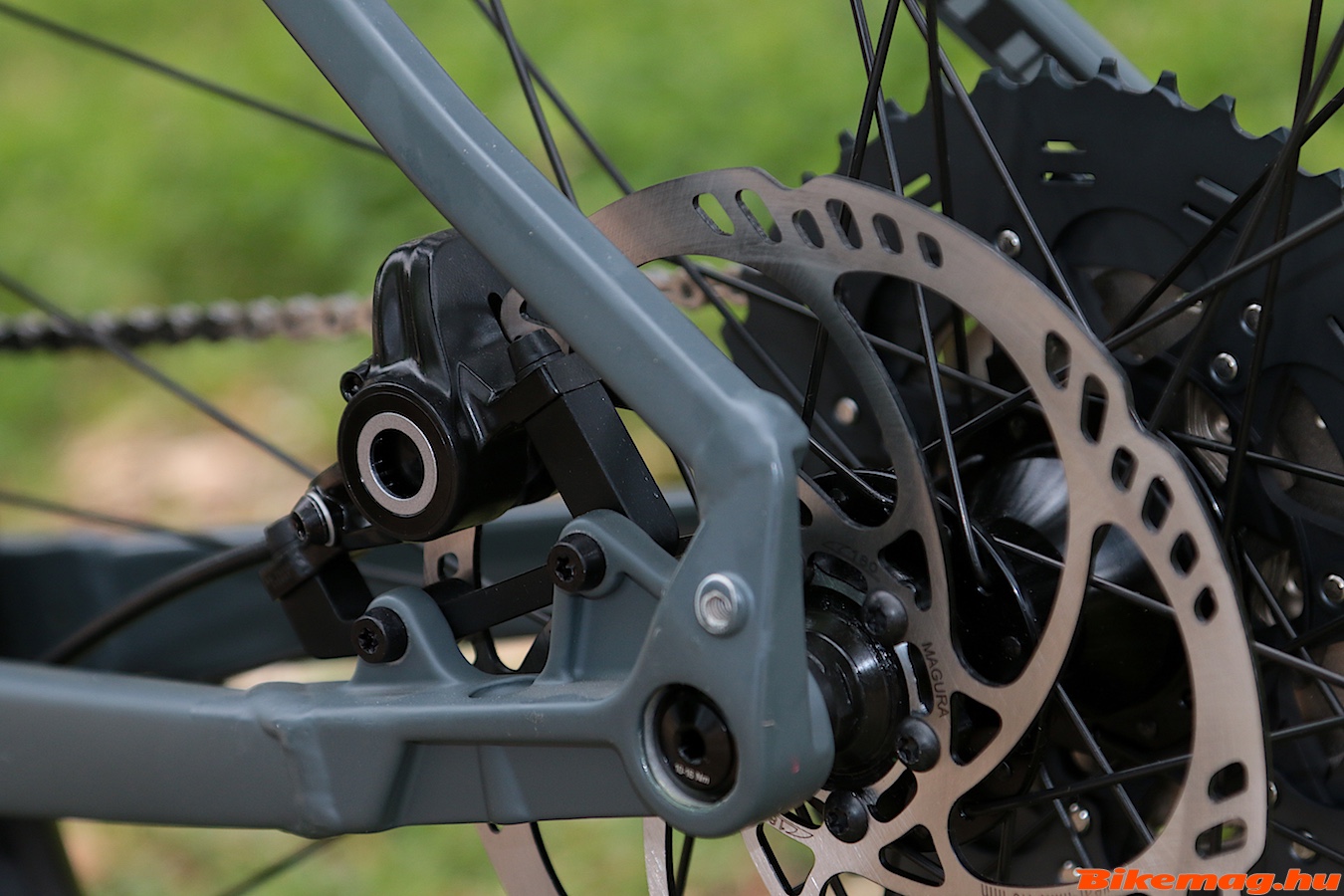 Indeed, this bike is clearly not targeted at the riders who look twice at every cent: they will buy the overly heavy bikes with Acera components dangling from the frame, which look like a good bike, but they are far from it. This bike is completely different, it will not disappoint, not even in the future, when most “cheap-bike” shortcomings will likely to manifest. Every part of this bike is massive, but not unnecessary heavy, so it does not twist and bend hard riding. Fortunately the gearing was also cleverly chosen: a front 32T chainring is paired to a 11-46T cassette at the back. If you are not too under-trained, you will be able to ride it anywhere, nonetheless you need to put some muscle into getting up the steepest slopes. Of course, anyone buying this type of trail machine is clearly not intending to enter XCO competitions… 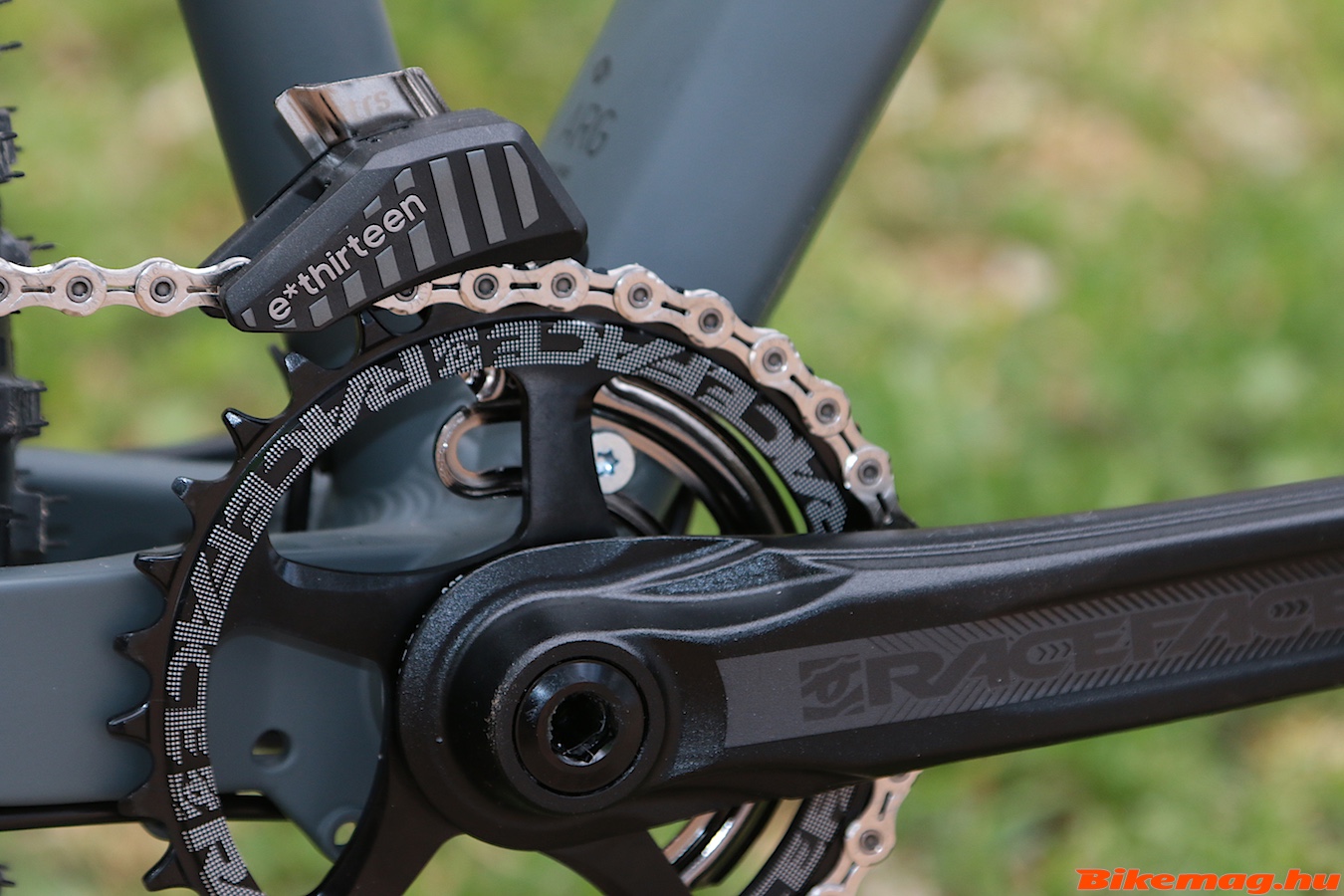 I used to have less-than-favourable opinion about Magura brakes. To be more precise, Magura brakes were very good up to about 2007, then the brand took a nose dive, bottoming out with the extremely unreliable, infamous MT2 OEM model. It had the greatest standard deviation in the performance of any brake I know of, and being “cheap” was its only advantage. On the other hand – two years ago – Magura returned to the top end with the Trail series, and the “revival” lead me to choose the German brand for rebuilding my venerable Cube Stereo. Hence I started testing the MT7. We find the MT Trail brake model on this machine with a four piston caliper at the front. So you can easily stop from any tempo on any slope, I have yet to experience any overheating. )But to tell the truth, it was neither warm nor was there a real DH-slope in Brac!) Still I think we should give a vote of confidence for this fine four piston brake! 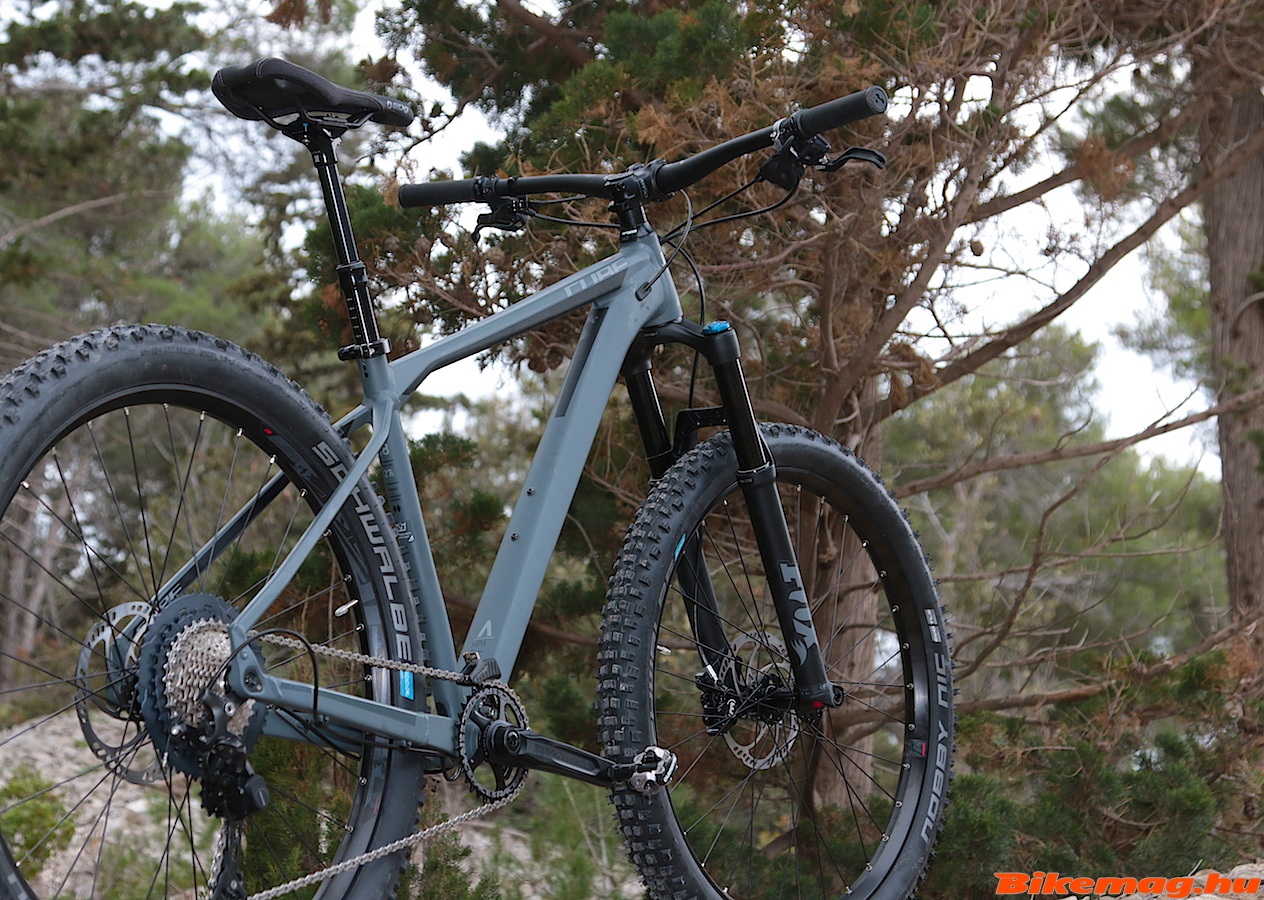 However surprising, there is a kickstand attachment under the rear brake! Surely, on a trail MTB costing half a million, there should be no kickstand, nevertheless buyers in Western European markets specifically ask for this type of bracket, even for bike with prices in seven-figures! So the engineers have no choice but to add this feature to the frames. Hence the oddity of finding a press fit bottom bracket, tapered, high-quality aluminium tubes and a kickstand mount, which is analogous to a Ferrari with a roof rack! 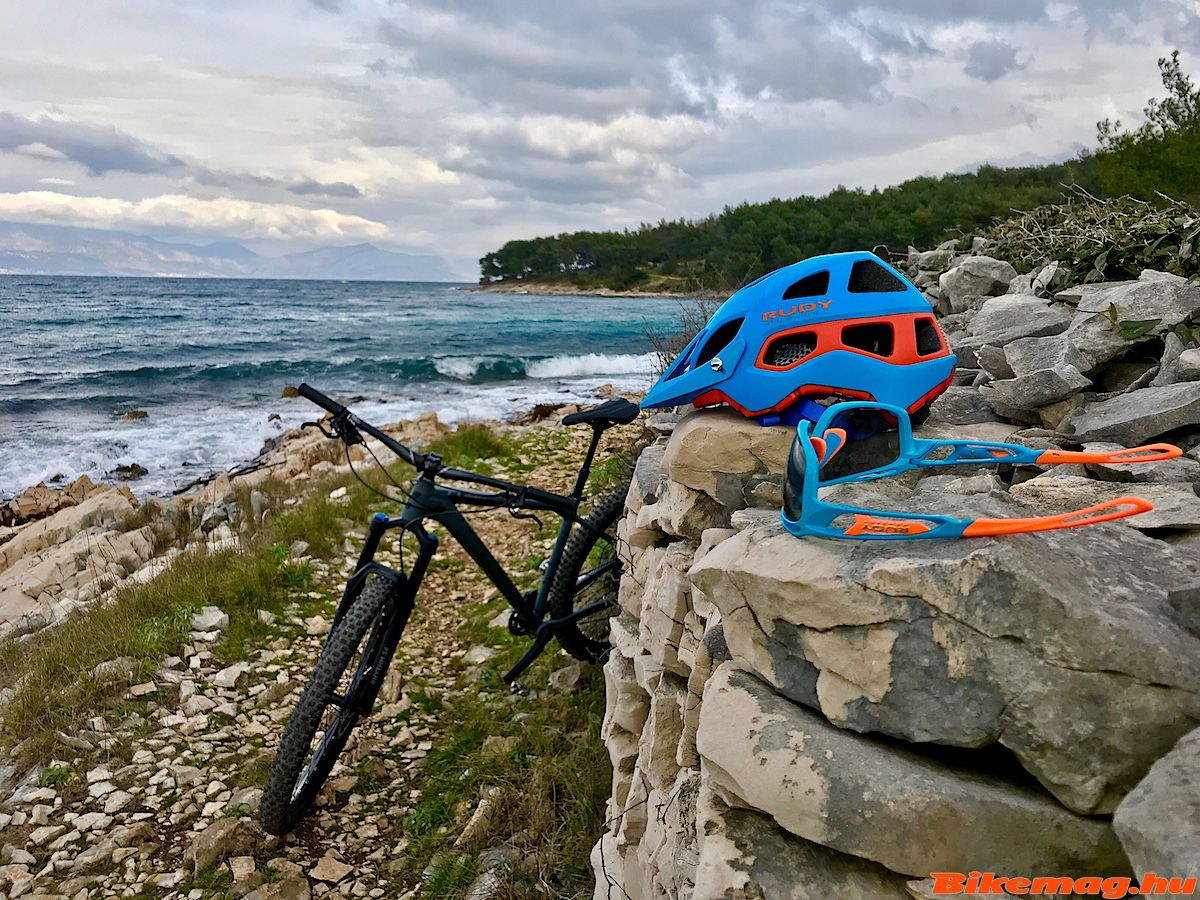 Only in the case of the wheels I felt some initiative by the manufacturer to economise, which are Cube hubs laced to Rodi rims with matching Cube stickers. Though they performed well, I felt that they lag behind the other parts. Obviously a DT XM1501 wheel set could not have been included in this price. Hence there is still room for upgrades, and we can easily take off a few hundred grams from the bike’s weight. 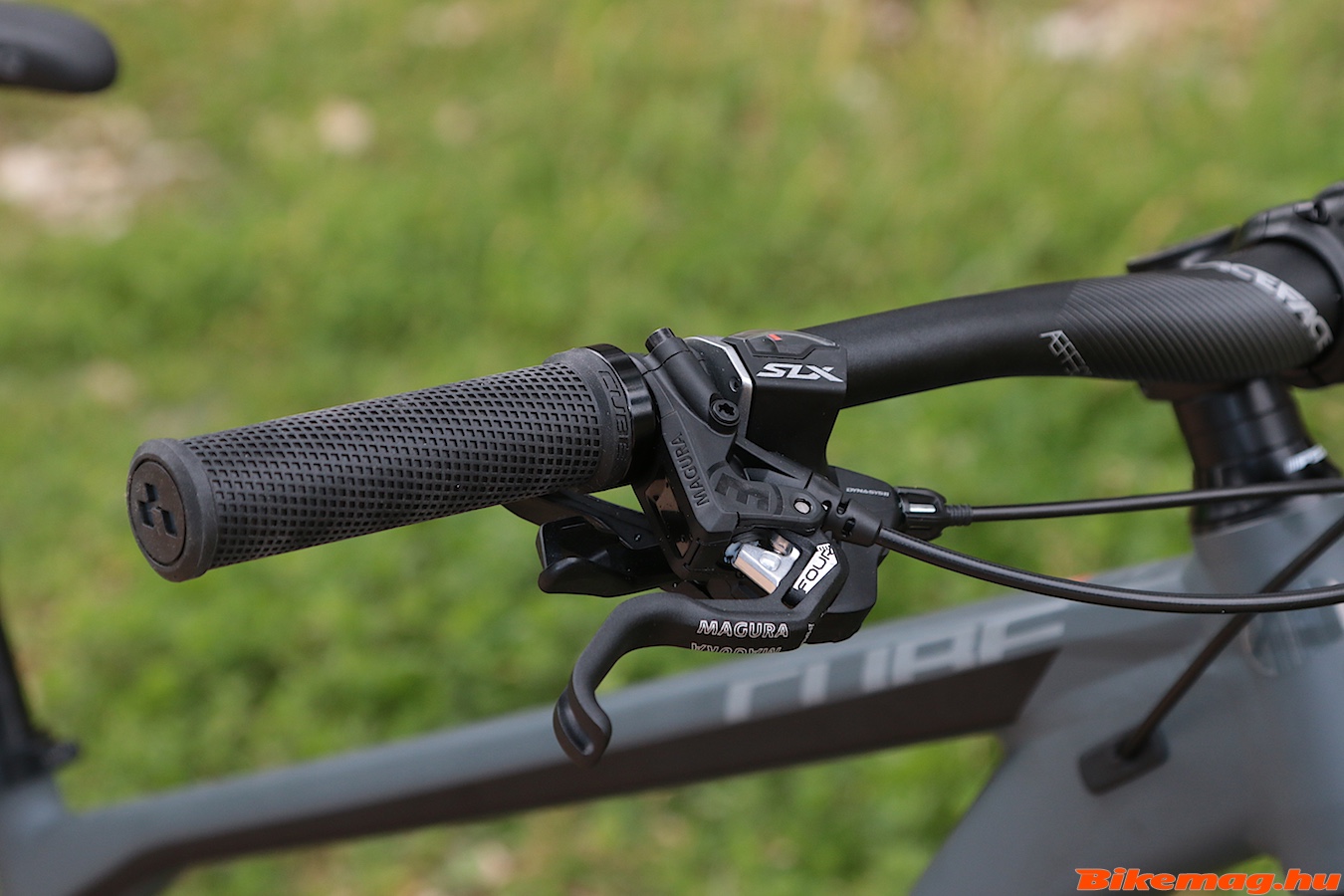 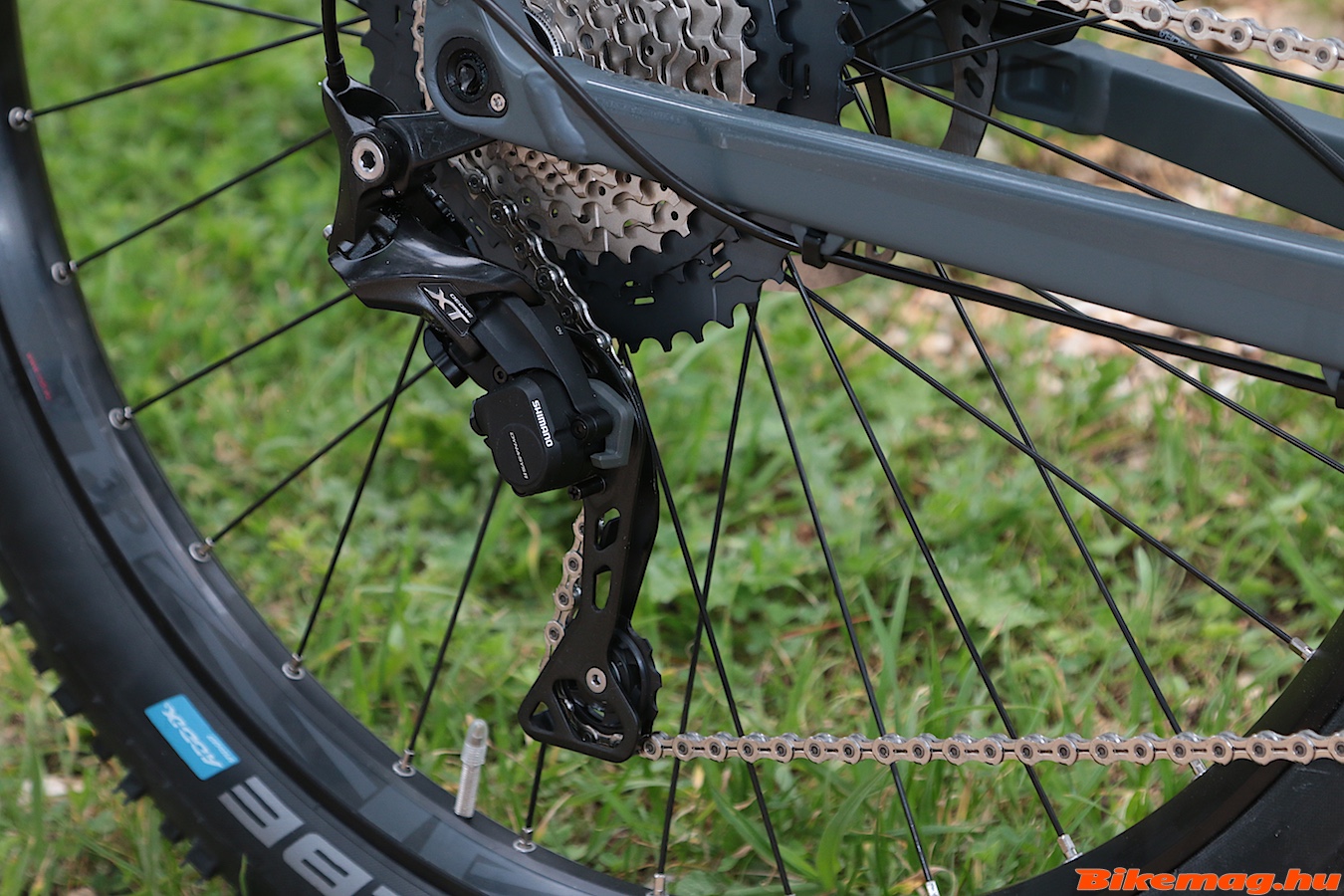 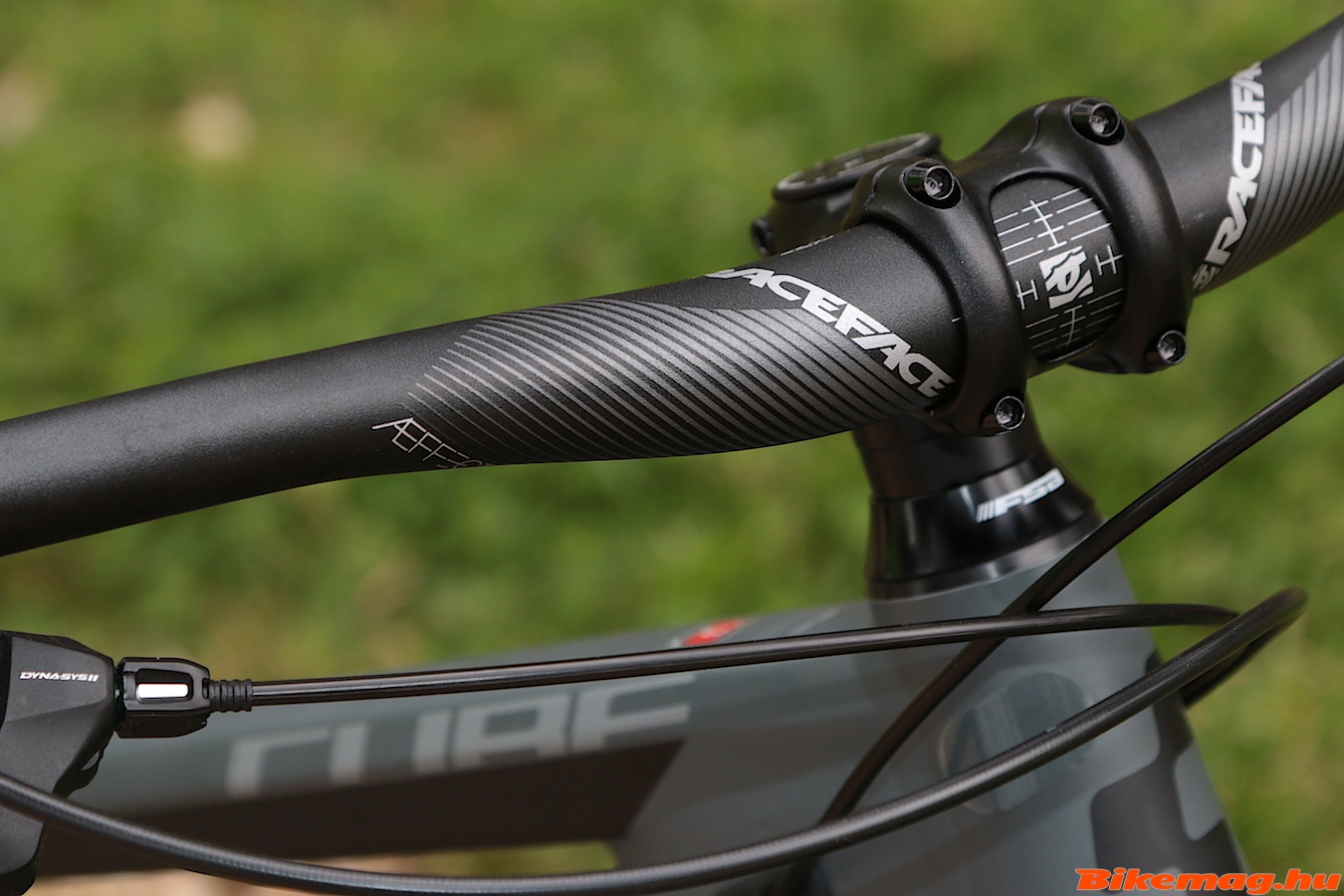 I would sum up this review by stating that if you are looking for a serious trail MTB, and you can spend this much on a new rigid hardtail, that’s the Cube Reaction TM is the perfect choice for you. In case you’re planning to spend a half a million on a full suspension bike, please reconsider! This machine will give you much more enjoyment and less hassle than a similarly priced “fully” model! I wouldn’t think twice about keeping the Reaction TM in my stable, later swapping the wheels if I have the money. Everything else is just fine as the bike comes out of the factory. The “armor-gray” color reflects the bike’s personality and trail characteristics, it goes over anything like a tank and has very few adversaries at this price.