I had wait for an eternity to get a chance to test and review Shimano’s new iteration of the flagship shoe, the SHIMANO S-PHYRE RC9. The sole reason: there is such high demand that review samples are simply not available! It received such success that went beyond any forecasting. 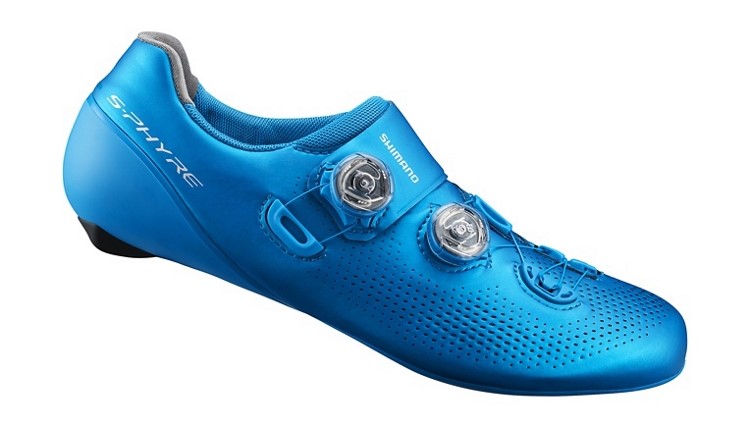 Thus when finally getting my hand on the S-PHYRE RC9, I kicked off the test as soon as possible… which in this case was right after some really unfavorable weather. As luck would have it though, a 10 days training camp in south Europe came in handy, and the shoe had been tested thoroughly in mild temperatures as well as back in middle Europe at temperatures around 5-10, in sunshine, stormy winds and drizzling rain.

Given all the markings adjusting the cleats is a “walking-in-the-park” procedures.

The shoes are meant to be nothing but for competition. It sounds radical but given its engineered construction, design it’s rather a narrow focused product. Certainly, for long distance and general training it is equally perfect but the targeted demographics are racers, and very ambitious cyclist that expect a highest level of efficiency, at the same time a certain amount of comfort. 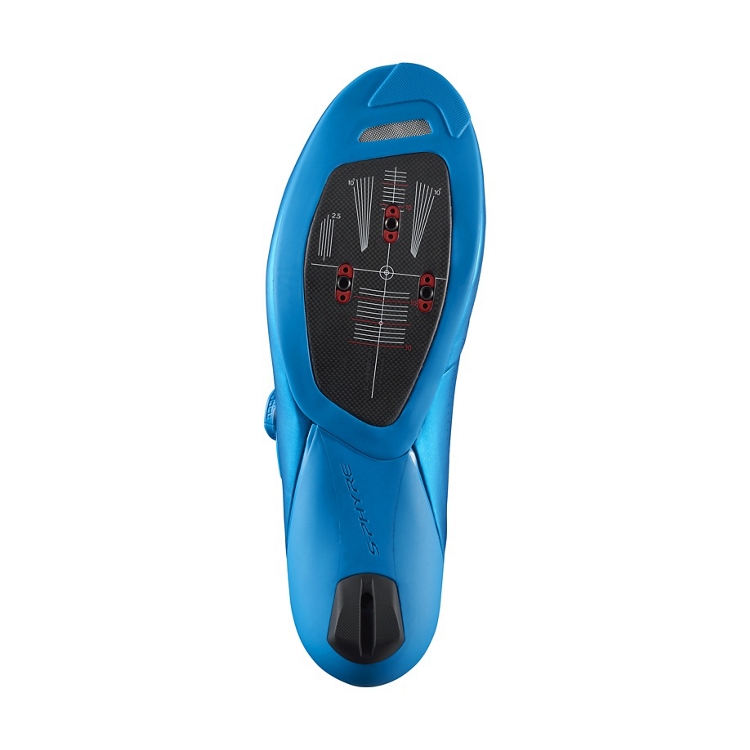 Shimano benchmarks this shoe with a stiffness rate of 12. It is not a united industrial standard, however comparable with its predecessor, which was a genuinely stiff shoe I happened to experience firsthand. Subjectively, the successor isn’t stiffer, but the stiffness distribution is more evenly placed, meaning the power transfer is more remarkable. It is mostly noticeable when hammering out of the saddle.

This phenomenon is even more pronounced via one piece sole construction. Obviously the BOA-IP1-dial adds to this power transfer considerably, that means, if properly closed, without disturbing spots, you will not even think of any kind of power loss feeling.

At times, I have got the notion that the whole system [taken all those aspects into context], may be way too stiff for some riders. In regard to power transfer and stiffness I am completely on the same page with Shimano, as I didn’t experienced any discomfort. But, again, some users are better off to reach for Shimano’s 2nd tier shoe, which is still very competitively designed. 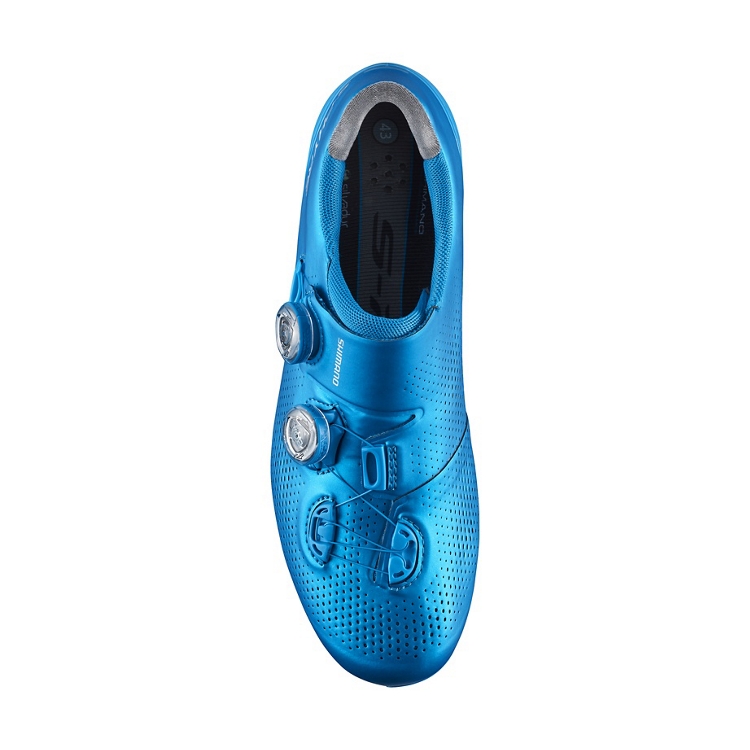 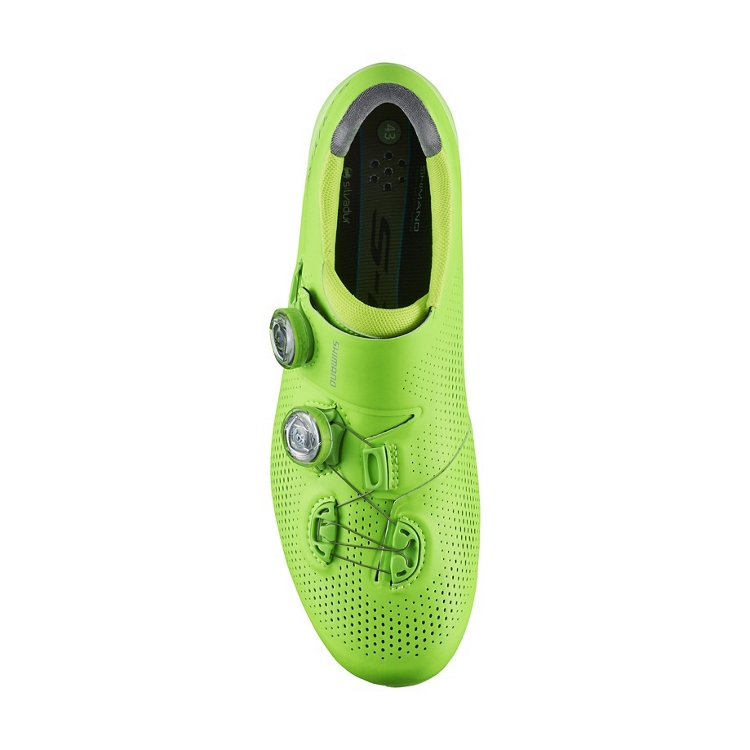 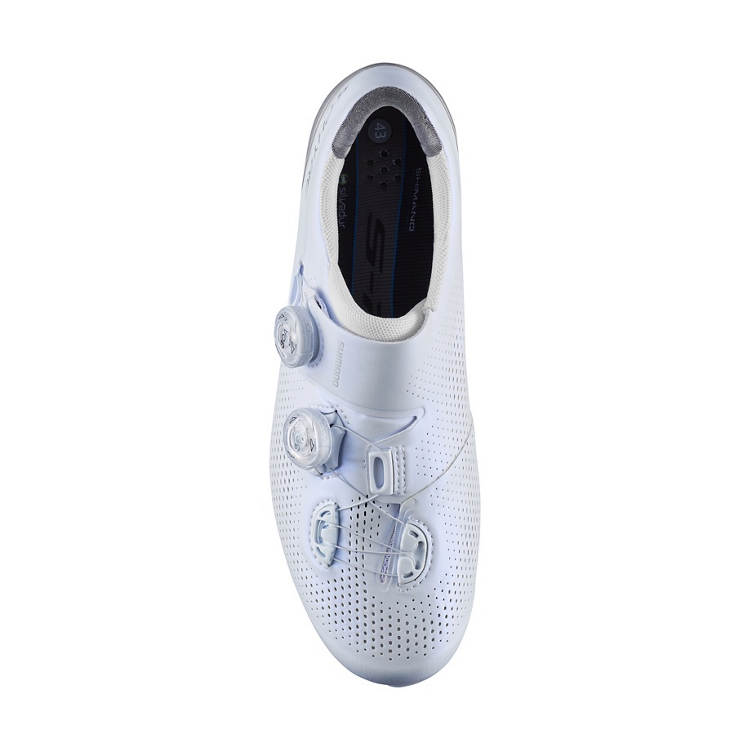 I was very inquisitive as for their highly advertised Shimano Dynalast. I believe this is a different way how to tackle the challenge of making an utterly stiff shoe even stiffer. But it makes sense in my book, as they managed to lower the weight as well as the shoe stack-height. I was incredulous that this thin carbon ‘plate’ will be able to withstand a brutal smashing, and stressing the shoe/pedal interface. Understandably, only a long term use will show us, whether the material surrenders and the stiffness lessens a bit [which I don’t believe it will happen]. So far though not a single sign/feeling of material weakening.

The pedaling stability, rigidity and reduced weight is nicely united in this tiny piece of sculpted carbon.

Now, the fit is a very personal thing. For one, the for SHIMANO S-PHYRE RC designed sole contributes to a comfortable hour long hard pedaling put its whole shaping also made me feel of getting to love this shoe. I am notoriously plagued by hot spots after a while. With other brands, once the temperatures rises above 20 degree and 2 hours into the race/ride, I have to constantly readjust the fastening since the pain is at times unbearable. Admittedly, thus far, I had to deal with very mild temperatures around 15 degree, however even after an 8+ hour ride, I haven’t noticed thumb or burning feet. Remains to be seen what that feels like in hot summer temperatures. I guess a wide range fit adjustability will provide a positive contribution in this department. 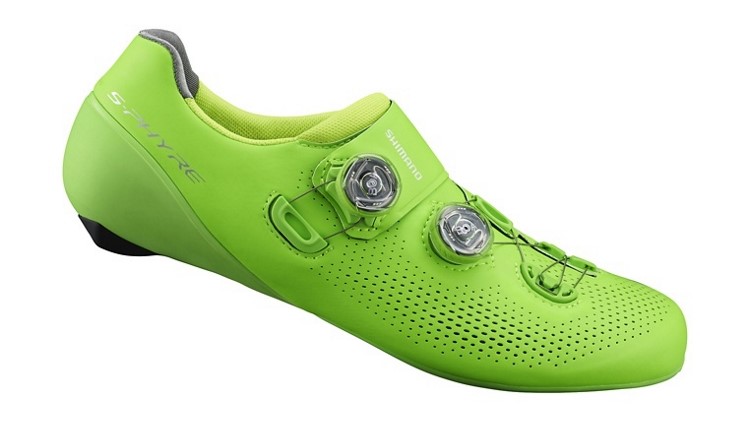 The so called Silvadur technology is antimicrobial, for what it’s worth, all these are attributes that underline its aim, to keep your feet snug, simultaneously comfortable. In previous years Shimano provided heat moldable customizing. I wasn’t really fond of this measure as I do believe that if the producer manages to get the fit right, or provides different shapes [for narrow or wider feet], then this heat molding is rarely needed.

The S-PHYRE RC’s ventilation is stunning. A quick dry 3D mesh controls the moisture management. It is like a built in drainage which was a welcome feature during pouring rain, but also when temperatures upped a bit. Again, in hot summer this will come in handy.

Is the S-Phyre’s one-piece outer stretch-resistant enough? Again, time will tell. Until now, even after a couple of hefty showers no signs of giving-in. One more remarkable feature of the shoe is its manner of heel retention. The external curved heel cup construction suppresses foot rotation, evens out the heel. It kept my foot steadfastly in place. Pay attention to Shimano’s rather narrow form, hence it might be smaller than estimated. Therefore   order one size larger than usual. Just in case.

So many accolades. This shoe earned a ton of praises through media outlets and despite my initial doubts I have got to join forces with those that are more than satisfied with this creation. I will have to test it in hot weather condition and more races, bit hitherto I would be hard pressed to find some chink in the armor. Admittedly, the fit happen to be just fine with my feet. Sure that is very personal. The weight is next-to nonexistent. Adjustment are minimalistic but effective. I am also happy for Shimano abandoned the heat moldable feature. 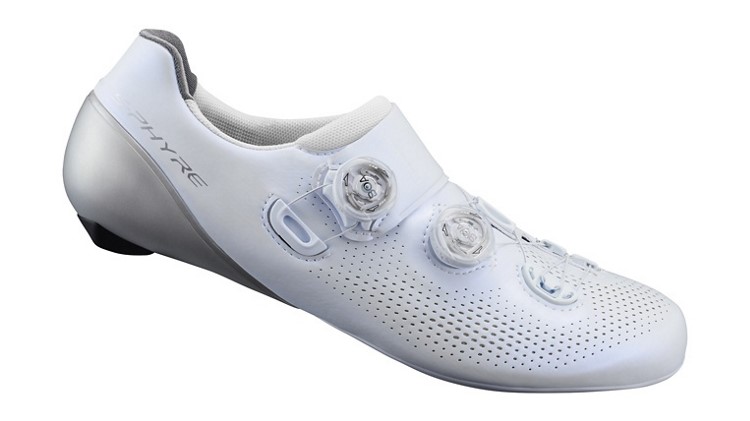 I would not use this shoe below 5 degree Celsius, unless I put on a shoe cover. And it is also true that the targeted audience is a very ambitioned cyclist with high demands.

If that’s your case, give it try, and make your conclusion. Chances are high that you will team up with all those that tried it and are utterly content with the outcome.