Our 2020 spring cycling survey received an unprecedented amount of interest, and the number responses exceeded all expectations. Thanks to our readers’ willingness to take part, we accumulated a lot of interesting information about cycling lifestyle, preferences and future plans. As you would expect, this information is not confidential, and in present and upcoming articles we share much of the results with those, who have made the findings possible. In the first part of the series we answered the central question of the survey: “Who is the average Bikemag reader?”, then in the second part we delved into bike brand preferences. In this write-up we round up the answers we’ve received concerning gear shifting and brake system preferences, ownership and aspirations. Let’s dive into the research! 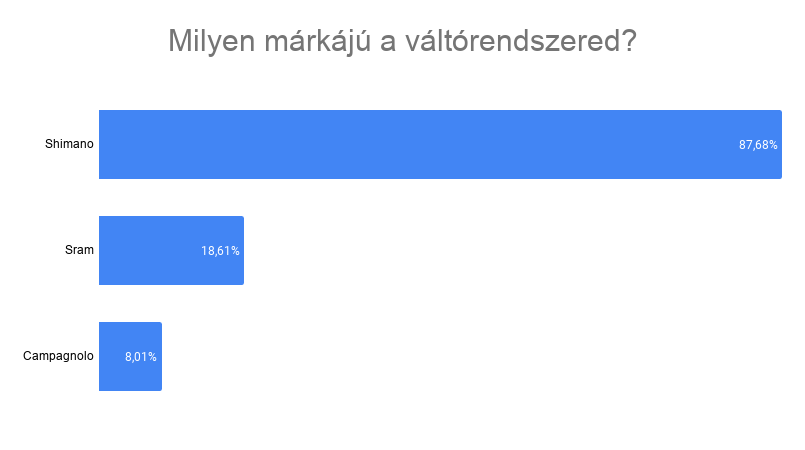 Answers to the survey question “What brand of gear shifting system you ride?” didn’t have any great surprises in store. It is well known that the renowned Japanese manufacturer of bike parts dominates most markets all over the world, although the popularity of Shimano over its competitors was greater than previously expected. 87.68% of respondents reported riding a bike with Shimano shifting system, while unsurprisingly SRAM came in second place, but only with 18.61% of answers. The long standing Italian brand, Campagnolo finished in third place with a surprisingly meagre figure of 8.01%. Other brands with gear shifting systems on the market seem to have insignificant ownership in Hungary, as their results remain below 1%. 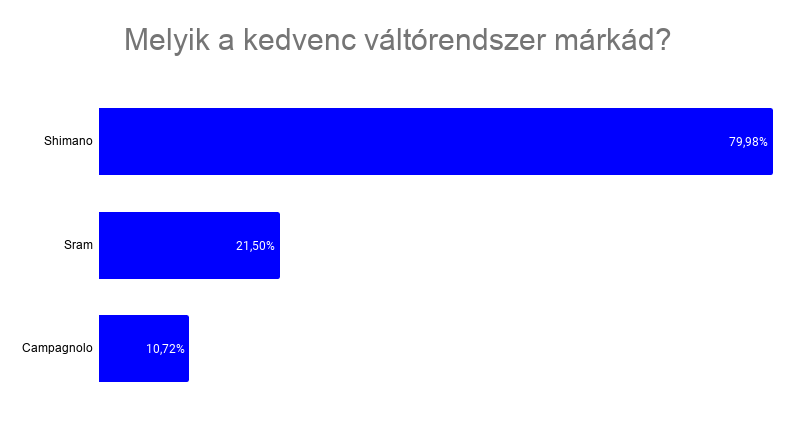 The question relating to the readers’ favorite gear shifting system brand saw a similar domination by the Japanese industry giant. However, Shimano’s dominance was slightly lower at 79.98%, or nearly four out of five responses. The second most popular gear shifting brand was again SRAM at 21.5%, followed by Campagnolo which received 10,72% of the votes. These three brands are clearly ahead of the rest of the competition as others show only minimal number of followers. 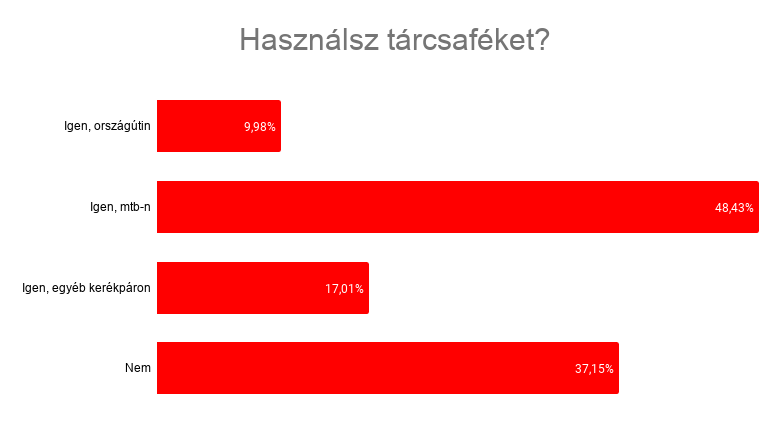 When it comes to ownership of braking system, the results become a little more interesting. Before we delved into the brands, we asked “Do you ride a disc brake equipped bike?” The responses revealed that traditional rim brake users are now at a minority at only 37.15%. A few years back this figure had been much higher in Hungary. Moreover, 48.43% of readers now have disc brakes on their MTB, 9.98% on their road bike, and 17.01% on other types of bicycles. The road bike figures also show a great increase from previous studies. Of course disc road bike riders are still a small minority, but if we take into account that this type of equipment has only been available for the past 4-5 years, their fast spread is an unmistakable trend. 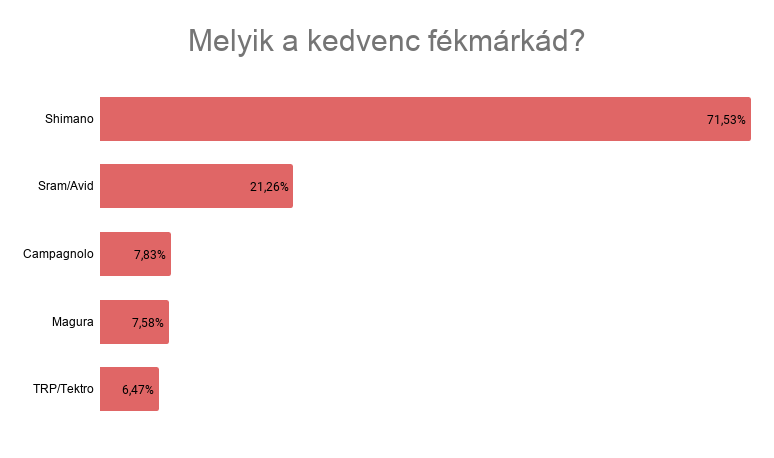 The final question was about favorite brake system brands. The responses revealed that Shimano dominates the market of disc brake systems as well, since 71.53% of readers selected the Japanese giant as their preferred brake brand. It seems a lot of people trust and love Shimano brakes locally. Second place went to the joint forces of SRAM and Avid, which pocketed 21.26% of votes. In place was Campagnolo again with 7.83%, which is a good result for the Italian brand since they have only entered this segment of the market a few years back. The responses again underline how much these four brands lead the rankings for popularity in Hungary. Surprisingly one of the major players of the hydraulic disc brake market – the German Magura – placed far back while another internationally well-known maker, TRP/Tektro finished 5th with an almost insignificant support from Hungarian cyclists.

There is only one way of looking at these results: when it comes to bicycle gear shifting or brake systems, our readers’ answer is Shimano!