This past summer we have got a rather unusual “welcome” issue with the weather situation. I was just about to test products that are designed to withstand the heaviest weather conditions, like rain etc.., we were dealing with high temperatures, endless dry period. So when I kick-started the review of Ashmei Waterproof Jacket I was looking for regions blessed with rainy periods year long. Next to all my attempts failed. So during the whole summer period I confronted only on 3 occasion when the jacket could show its forte in terms of weather resistance. We had 3 days of pouring rain in Tuscany and one soaked 24 hour race in Scotland, mixed a disgusting cold, hence uncomfortable conditions.

I have my favorite rain jackets and jerseys I had tested over the years, and Ashmei being unknown to me I went on with my test cautiously, at the same time full of expectations. Those expectation had been triggered partly by Ashmei’s claims [online product discerption] and after my conversation with Ashmei’s PR representative Gary Bradshaw. Gary was very enthusiastic and totally convinced that their range of waterproof apparel are proven and that I’ll have definitely a positive first-hand experience with it. 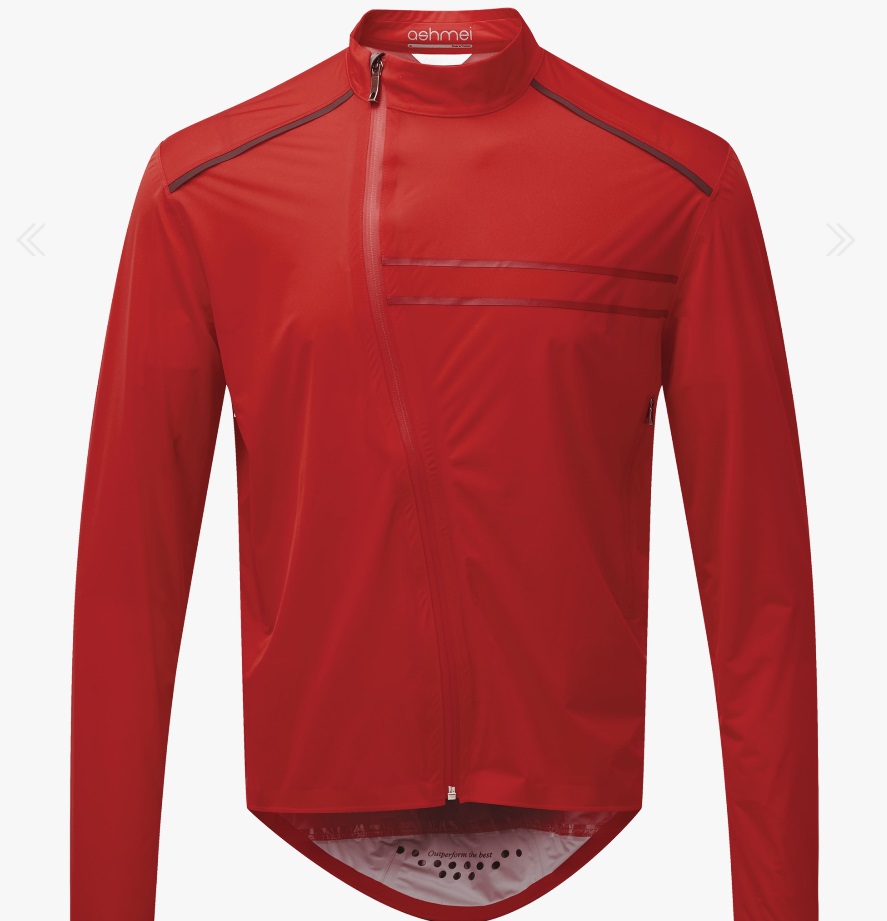 First there is the cut and sizing. My concerns to have to deal with another generous cut disappeared in no time. There are tight and no flapping was noticed. A light jersey plus underwear beneath is OK. More stuff won’t fit, unless someone goes for one size bigger. In this case though its features cannot exploit its full potential. Its classic minimalist styling won’t appeal to everyone – as always it’s individual. Despite its tight fit I was amazed over and over again how exceptionally stretchy it is. I tested it on road in the drops, on MTB any every kind of positions. Reaching for something in the rear pocket was an easy task.

After hour long raining when every bit of added feature would help to keep the body warm, things like shaped hems that are finished with silicon gripper only helps. Unfortunately I was at the mercy of the zipped waterproof pocket, otherwise all my small electronics would be ready for the bin. But they endured the torture, despite being covered with moist. But the rear pocket, which, by the way even features an internal pump loop, saved the small gadgets. The three rear stuff pockets that feature laser cut drainage holes were enough to stuff all essentials for a race and even a day long epic ride. Bigger pockets would make it cumbersome and once packed fully it would not keep its structure sufficiently.

Regardless of entirely taped seams, it happened to me however that an all-day intermittent raining succeeded to let the water drip in. I mean that’s understood, after all the jacket isn’t made of a plastic bag, despite its waterproofness to 20,000mm, built in water-resistant YKK® Aqua Guard zip and durable Water Repellent outer finish. But the amount of water that went through was minimal, and thanks to its super thin 7 Micron laminate this ingress didn’t cool my body down. 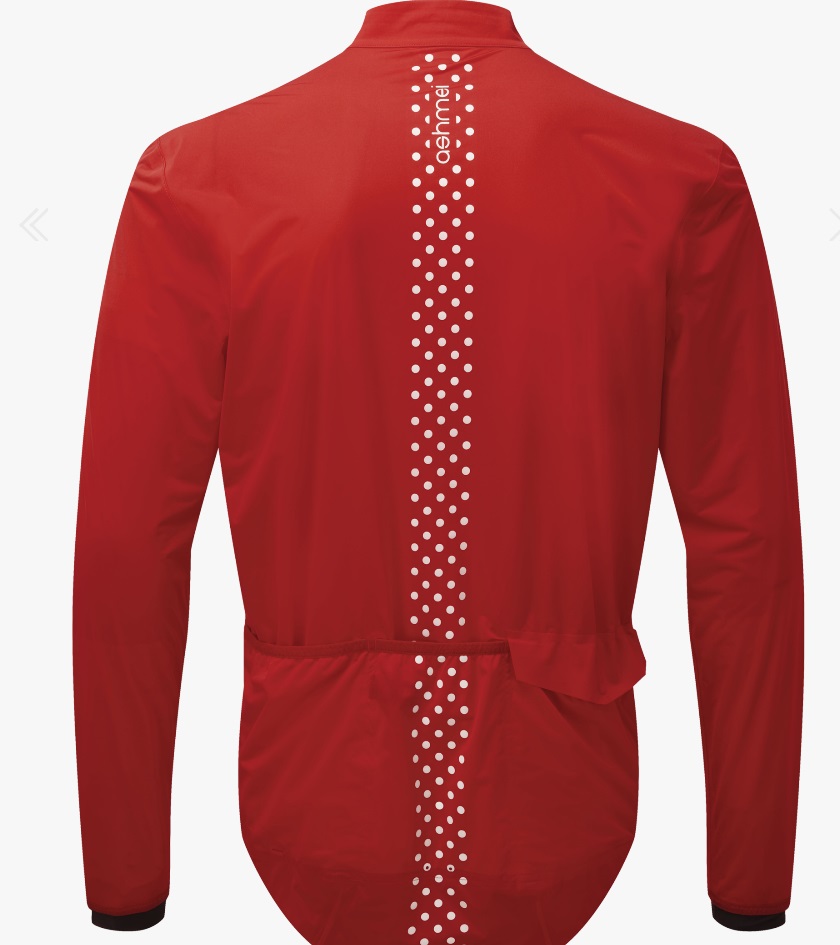 Granted, those were [moderately warm] summer rains, hence it remains to be seen how Ashmei Waterproof Jacket deals with colder November rain. During strenuous exercises its breathability [to 45,000gm/m2/24hr] was sufficient. I didn’t practice any interval training in it, mind you from time to time, when pushing hard such as on eternally long uphill’s, I had to unzip occasionally to get rid of the accumulated heat. All those features, construction notwithstanding I would classifies the jacket as light weight.

The jacket show its multipurpose capability too. It can be used for swift commuting, after all it is equipped with signature, reflective Ashmei rear stripe for good visibility.

It’s been tested long enough to make a conclusive statement in regard to its durability. Wear was only visible after I finished the above-mentioned horrid 24 hour race. The accumulated mud and clay hit it hard. Whether the functionality like breathability and water resistance has been diminished is hard to judge.

I would endorse this jacket if you are willing to keep long term. The first investment pays off then quickly. What remains is a reliable companion in good and bad. The jacket is by its light weight construction is unassuming gear that won’t bother you even after the rain stopped.