What’s your favorite bike brand? – Here are your answers!

Our 2020 spring cycling survey received an unprecedented amount of interest, the number responses exceeded all our expectations. Thanks to our readers’ willingness to take part, we accumulated a lot of interesting information about cycling lifestyle, preferences and future plans. As you would expect, this information is not confidential, and in present and upcoming articles we share much of the results with those, who have made the findings possible. In the first part of the series we answered the central question of the survey: “Who is the average Bikemag reader?” In this part, we are dealing with issues related to bicycle brands, which has also yielded very interesting, and often surprising results. Let’s dive into the research! 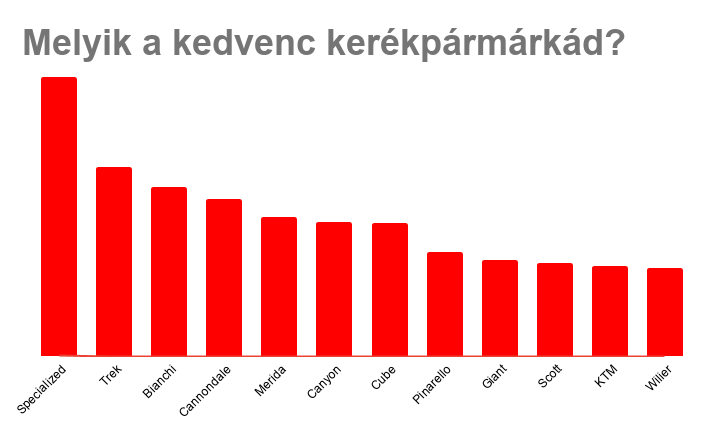 The first question our new survey enquired about was “What’s your favorite bike brand?” Unsurprisingly most respondents ticked “Specialized”, but the margin of victory over Trek in second-placed is no small feat. A landslide victory to say the least! Not far behind Trek came Bianchi. For the rest of the Top 10 placings there was quite a battle. Cannondale was 4th and Merida 5th according to the readers’ rankings, but not much separated this duo from 6th and 7th placed Germans, Canyon and Cube. Interestingly there are three American brands in the top four, and only two Italian brands – Bianchi and Pinarello – could squeeze into the TOP 10. The sudden advance of overseas brands and the relative overshadowing of traditional European manufacturers were certainly a surprise to our staff.

What brand of bike do you ride? 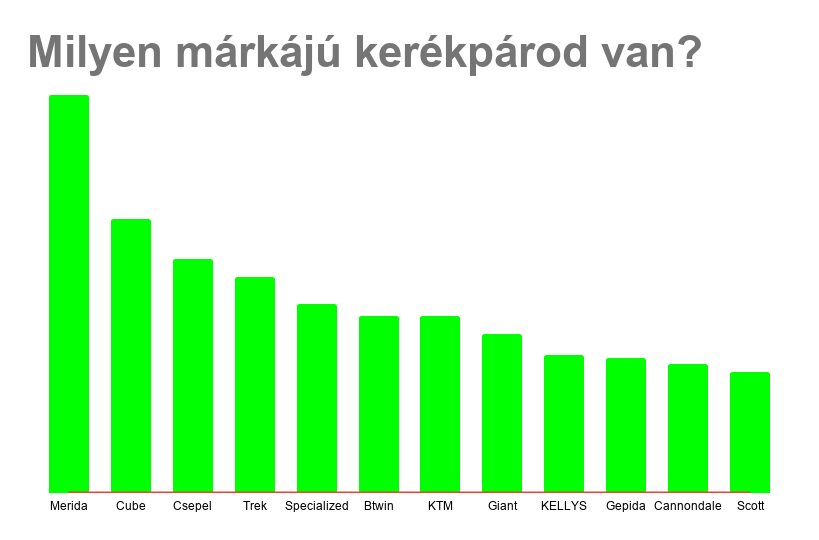 What brand of bike do you ride?

Here Merida came out on top with a walloping advantage as almost one in five responded as owning a Merida bicycle. The second place was taken by Cube just ahead of the traditional historical Hungarian brand Csepel. Trek was just ahead of Specialized in 5th place, and Btwin and KTM were tied for 6th. Giant, Kellys and Gepida rounded up the TOP 10. Hence we had two Hungarian, two Taiwanese and two American brands, the rest are all European manufacturers.

Which are the best known bike brands for our readers? 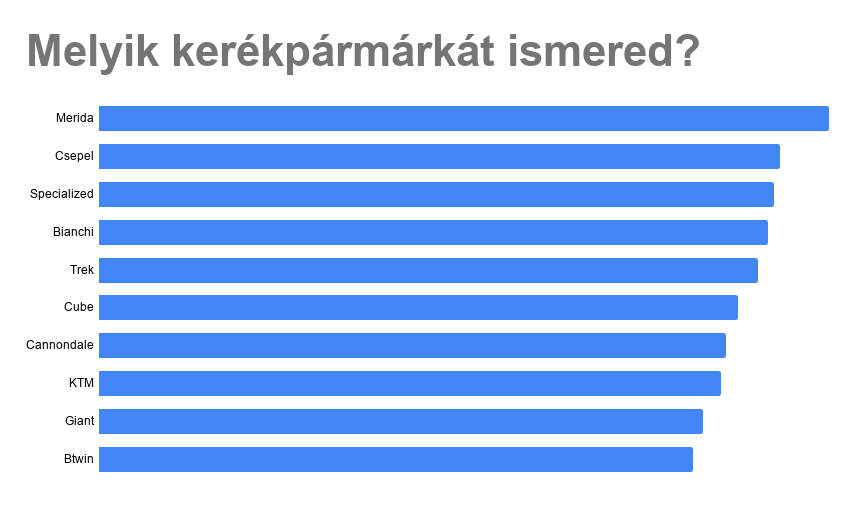 Which are the best known bike brands for our readers?

The archetypal brand familiarity ranking was also won by Merida, Csepel finishing in second place, showcasing its deep roots in the Hungarian market. Nevertheless the 3rd placed Specialized, followed by Bianchi and Trek were not much behind the top two brands. Decathlon’s Btwin brand also made it into the top 10, demonstrating the great strides the French big box retailer made in recent years. 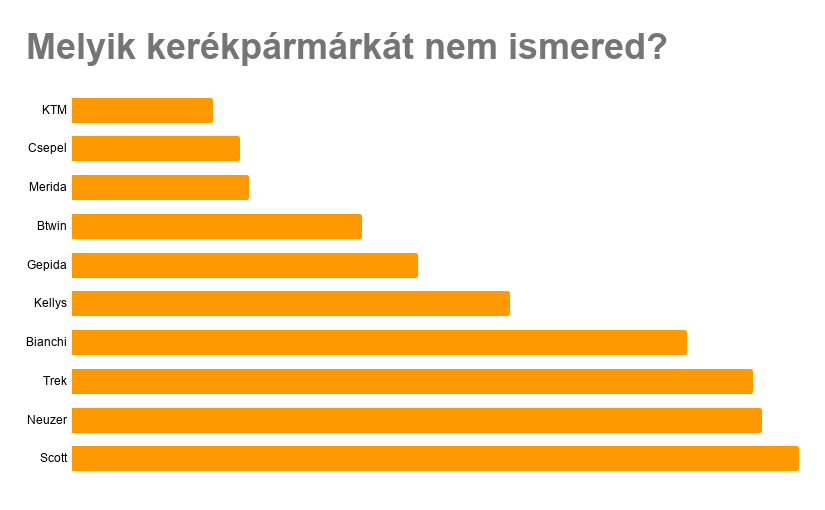 We asked the reverse question to the one above, seeking out the readers’ unfamiliarity with certain brands on the Hungarian market. Here the best result was the brand the least respondents ticked from the list of manufacturer. From this perspective the Austrian KTM finished in first place, followed again by Csepel and Merida respectively. Interestingly a mere 0.82% of respondents said not to have heard of KTM, and “unfamiliarity” with Csepel also remaining below 1%. Only a whisker separated Merida from getting the runner-up spot from the once predominant Hungarian manufacturer of bicycles. In the Top 10 all brands scored less than 4.5%.